Little Ruthie - the pussy that was in this particular well

My only claim to fame when volunteering for Cats Protection was when our local newspaper printed the article entitled 'Ding Dong Dell, Pussy's in the Well'

Our CP co-ordinator had sent Babz and I to the garden of an empty house because the people next door had spotted a feral cat with 2 little kittens there, but for the last few days there was only one kitten all alone.

The garden was very overgrown and we searched the shrubbery until we found the kitten, but it panicked and ran. Babz saw it disappear under some piled up wood. When we moved it, to our horror it had been covering an open well and the kitten was about 4 feet down on a tiny ledge. 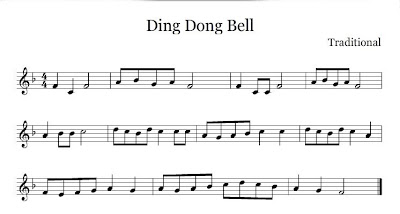 Without thinking about it I jumped in, just beating Babz to it as she'd have done the same! Thankfully the well was dry and the bottom quite firm.The kitten was terrified, spitting and hissing but I managed to get hold of it and pass it up to Babz who was hanging over the edge. She popped it into a cat cage with a dish of food, the poor little soul was starving and filthy dirty.

I searched every crack and crevice in case the other kitten was down there too, but it wasn't. Only then I wondered how I'd get back out. The man who had phoned had come by then and stood scratching his head, what can we do he asked? But somehow with Babz help I dragged myself up the side and eventually got out. I was as filthy as the poor kitten by then!

We collapsed in fits of giggles as the man seriously said he needn't have worried as he could see it was the sort of thing we did every day.(I think not lol) We searched the garden and all around the area for a long time for the mother and other kitten but then the man announced he'd heard terrible screaming in the night.

Sadly we had to accept that something must have happened and only the one kitten had survived it. He promised to phone us if there was any sign at all of the others, but we never did hear any more.

The co-ordinator christened the kitten Ruthie in my honour and told the story to the local paper. I felt a bit of a fraud as it could just as easily have been Babz who'd gone down that well and she has been up on high rooftops where I daren't venture, many times.

The story had a happy ending as the kitten was young enough to tame and she eventually got a wonderful home.

Looking back now, in my mind that well seems about 10 feet deep but of course it wasn't or I'd never have got out so easily.

Hi Ruth.... Great story. Passion, commitment, courage. It has it all..!

Here is the most modern version of this English nursery rhyme:

The most common modern version is:

Ding, dong, bell,
Pussy’s in the well.
Who put her in?
Little Johnny Green.
Who pulled her out?
Little Tommy Stout.
What a naughty boy was that,
To try to drown poor pussy cat,
Who ne’er did him any harm,
But killed all the mice in the farmer's barn

The word "bell" is often changed to "dell" it seems. It must have evolved.

Ding Dong Dell Pussy's in the Well to PoC Forum