There’s a disturbing case of both child and animal abuse unfolding this week in upstate South Carolina. A Laurens County woman was charged with great bodily injury on a child, as well as animal cruelty.

It began July 23 when Savanah Morgan, 25, of Martin Lake Road in Gray Court called 911 around 6 p.m. Tuesday evening stating her child was unresponsive. When Laurens County Sheriff’s Office deputies responded they found a 2-year-old boy with visible injuries of such severity, he was airlifted to Greenville Memorial Hospital. Morgan claimed at first the child had choked while eating chips, then changed her story and said she had dropped the toddler.

The boy has bleeding on the brain, but an update says he has a long road to recover but is breathing on his own at this time. Morgan has two other children in the home, ages 2 and 1. She most likely delivered twice within one year. She is also eight months pregnant with her fourth child. Those children were removed from the home and placed into Department of Social Services custody.

Now it gets worse. Laurens County Animal Control was called in after approximately 90 animals were found at the home, many of them dead or dying. A total of six dead tarantulas, two bearded dragons, ten dead pythons, 11 dead gerbils and 48 dead rats were found. Live cats, dogs, and turtles were also seized from the property, and the home was deemed “unlivable.”

Morgan was charged with one count of abuse to inflict great bodily injury on a child, three counts of unlawful neglect of a child and cruelty to animals. Her bond is set at $85,000 on the combined charges. Charges against the father of the 2-year-old are pending. He’s said to be cooperating with police. 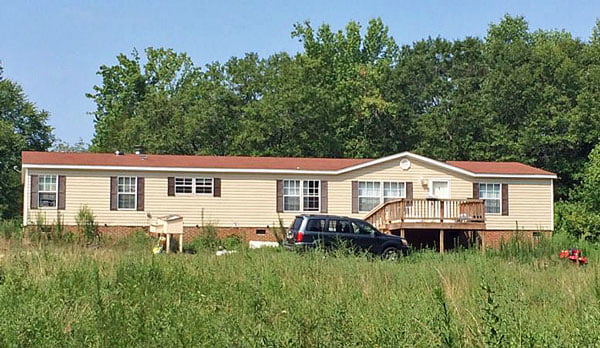 The home where alleged animal and child abuse took place

This is an unusual and disturbing case because someone somewhere had to know this was happening. Were the children never taken out in public? What about a pediatrician noticing signs of neglect and abuse?

I posted this case on a few hoarding sites and learned Morgan doesn’t fit the profile of the typical hoarder, yet she must be a hoarder with that many animals in the house. Unless she and her partner were selling the animals for profit, since none of these exotic pets come cheap. It had to have taken some time to acquire them, but why neglect them to the point of death? With three children and a fourth on the way, most likely Morgan was living on government assistance such as EBT or Medicaid.

What disturbs me almost as much as the abuse is the dead animals in the home. Toddlers are infamous for their hand-to-mouth activity. Did they attempt to eat any dead spiders? Or live spiders, if one can even imagine that. Why not take the dead exotics outside and bury them? How did Morgan even attempt to care for her children and live with death all around her? How did anyone in the household walk around and not step on something dead, feces, urine or pet food.

What do the readers here think? Is she mentally ill, or is she a monster? Please leave a comment.