DNA testing of cats and dogs and for that matter of ourselves has become a fad. There appears to be a trend developing. You can call it ‘consumer DNA testing’. My immediate thoughts were that quite a lot of people want to know the breed of their cat. Nearly always their cat is not a member of a cat breed. Most cats are random bred. But if you want to know for sure you can have your cat DNA tested. 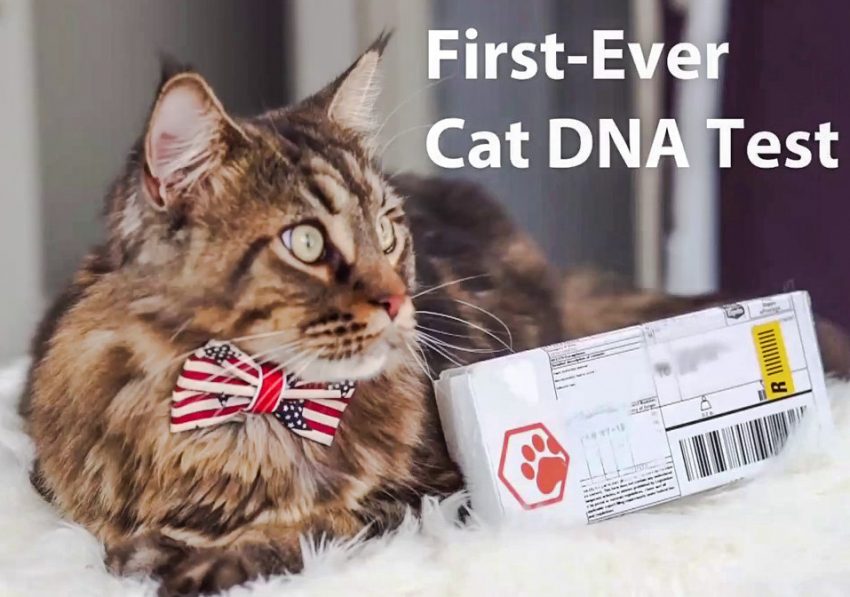 DNA Testing of Cats. From Basepaws video on YouTube

I’m told that the market for home DNA tests has exploded. Millions of people are spitting into test tubes and shipping it off to companies for testing. Increasingly people are testing their pets because they are, after all, a member of the family. There are far more dog breeds than cat breeds. I suppose it is more likely that an unregistered dog without a pedigree might be purebred or have a good chance of being a purebred-mix of some sort.

Then there are other health issues. Pure breeding can develop inherited illnesses. Therefore, it is nice to know whether your cat or dog may develop an inherited late onset illness. There should be DNA mapping of all cat breeds to eradicate genetic diseases.

There’s an interesting story in the paper about DNA testing. A person sent off the saliva of a dog to a DNA tester, Orig3n, in America. This particular company assume that all the samples sent to them are from humans. They treated the sample as if it had come from a human and a seven page report was consequently amusing. It said that the dog has special abilities with respect to speed and muscle power which were perfectly suited to basketball or boxing! The dog was not a boxer!

It is 18 years since the human genome was first fully mapped. Since then a host of companies have sprung up with various promises even going so far as to link personality traits to genes. Academic geneticists are sceptical of the testing. They say it is oversimplifying or an over-interpreting of what can be inferred from a person’s genes.

A lady, Mirja Bauer wanted information about her dog’s health. She was told that her dog was a Dalmatian mix. This breed is known to have a lot of health problems. She wanted peace of mind. Her dog’s DNA was tested by Embark. You provide them with a cheek swab. They can tell the breed of dog, the dog’s health and even traits like athletic performance from the DNA. Her dog came out with flying colours as it happens. She is not a Dalmatian-mix but a mix of Boxer and Staffordshire bull terrier.

Another company, Animal Biome, sequence the micro-biome of your cat or dog. They can tell you about the micro-make up of your pet’s gut from his or her poop.

A business called Basepaw offers a commercial breed test for cats. A journalist on Gizmodo.com, Kristen V Brown, had her cat tested. She adopted her cat, Avalanche, from the SPCA in San Francisco. She had no idea what breed she was. In order to provide a sample to the company she had to “rip a fine layer of fur off” her cat using sticky tape provided by the company.

The founder of Basepaws, Anna Skaya, says that when a person gets a new cat from a shelter they don’t know anything about the cat. But she admits that most cats are “mutts” meaning moggies – random bred cats. That said, there can be some purebred genes in moggies.

Kristen, unsurprisingly, discovered that her cat is a mutt. Interestingly, her cat is genetically black with a solid coat but her appearance is grey-and-white. The test also disclosed that it was likely that she had a tabby pattern which she doesn’t have. She concludes that he didn’t really find out much useful from the DNA testing of cats.

However, advances in DNA testing of cats will probably make it more useful in the future. Tracing the lineage of your cat i.e. cat ancestry, can be carried out at present by the Veterinary Genetics Laboratory at UC Davis. They charge £126 per test for delivery in the UK and £132 per test for international delivery. You order using PayPal. You provide a swab the testing.

What information does the cat ancestry provide? They say that this is a novelty test which tells you which of the eight geographic regions your cat comes from. The regions are: Western Europe, Egypt, East Mediterranean, Iran/Iraq, Arabian Sea, India, South Asia and East Asia. They promise 90% accuracy. The test can be used for pedigreed cats. In addition, they have an extensive range of DNA testing which you read about by clicking on this link.

UC Davis provides a comprehensive service. This is the starting point.