The first question can be answered in the affirmative. I guess that is obvious because cheetahs are obligate carnivores like all cats. If meat (flesh) is available on the menu today they’ll take it with a smile even if they’ll be hustled off the carcass by more aggressive predators such as lions. And carcasses of large animals are quickly devoured by vultures and hyenas and therefore rarely available.

The second question is much harder to answer. My research informs me that cheetahs do not attack, kill and eat zebras or at least very rarely. They are simply too large and there are better alternatives. Young zebras might occasionally be on the menu.

However, when I say that zebras are too large it may not be 100% correct as the cheetah does rarely, in the Kruger NP, consider giraffe and buffalo prey. In the Serengeti NP the wildebeest is sometimes a prey item for the cheetah. These are probably attacks on juvenile animals and if not they’d be cheetahs working together in a coalition. Two or three male siblings sometimes work together.

The video below shows a coalition of cheetahs killing and eating an adult zebra. I don’t know for sure that the cheetahs killed the zebra. The video does not record the kill, just the cats eating.

Single cheetahs focus on smaller prey such as Thompson’s gazelle where it represents 75% of prey items in the Nairobi NP. Most of the cheetah’s prey weighs less than 40 kilograms. Fawns and half-grown gazelles make up more than 50% of cheetah kills.

Using the best book on the wild cats as a reference there is no mention of zebras being the prey of cheetahs. This book, Wild Cats of the World (ISBN 0-226-77999-8) list 28 animals upon which the cheetah preys for food. At the top of the list is Thompson’s gazelle. You’ll often see cheetahs chasing this species of gazelle. At the bottom of the list you’ll see the bat-eared fox. In between there are animals such as the ostrich and the springbok.

Sorry for the slightly vague answer but it is a truthful one carefully researched.

Do cheetahs live in the rainforest?

Cheetahs do not live in the rainforest. The map below shows you where the cheetah lives on the African continent ...
Read More 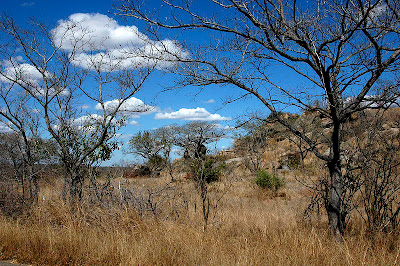 This is a pie chart that shows the percentage of kills by the cheetah of "prey items" at the Kruger ...
Read More
Please comment here using either Facebook or WordPress (when available).