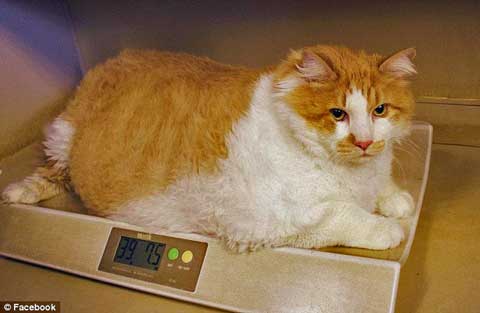 There has been a catastrophic rise in the incidence of feline diabetes. Cats are four times more likely to contract this disease today than 30 years ago1 and as a consequence the U.K.’s first feline diabetes clinic has recently opened in Hertfordshire.  It is called the Feline Diabetic Remission Clinic. Stijn Niessen runs It. The clinic is at the Royal Veterinary College’s Queen Mother Hospital for Animals.

The dramatic rise in feline diabetes (see symptoms) is linked to their lifestyle, hence the title to this post. We know that the domestic cat is a cat’s whisker away from being wild. The domestic cat is inherently a wildcat by nature but socialised and domesticated.  This is his/her genetic make-up.

Because our cat companions are becoming ever more integrated into our lives they’re exposed to the same pressures as us.  The extreme end of the scale of domestication of the cat is full-time indoor cats.  It is very hard for a cat to behave naturally under these circumstances.  We have been saying this for a long time on this website; that the best cat caretaking is about creating an environment under which the cat can express is natural motivations. Although the reaons for a full-time indoor life are understandable it places an added burden on the caretaker to maintain their cat’s health.

Stijn Niessen says that more than 50% of cats kept indoors are dangerously overweight.  This compares poorly with cats who go outdoors, of which, 25% suffer from the same weight issues.  He also states that cat have the same problems us in driving in the increase in human diabetes. It seems that our lifestyles are being foisted upon the domestic cat and a domestic cat is ill equipped to deal with this.

We feed cat’s tasty rich foods.  The original domestic cats never had these opportunities.  Yet, as mentioned today’s domestic cat is pretty much identical to the domestic cats of 1,000 years ago.

The cat’s diet should accurately mimic the diet of what they would have eaten in the wild and me know what that is: high-protein e.g. the mouse and other rodents.

Apparently, the clinic’s research indicates that Burmese cats are particularly prone to diabetes.  However, domestic shorthaired and long-haired cats are also prone especially in middle age.  The research also shows that the gene that controls satiety in people is sometimes mutated in domestic cats that develop the disease.  An obese cat is eight times more likely to have this mutation.

Being overweight and diabetic carries multiple feline health problems.  The excess weight puts a strain on the body.  The fat circulating in their blood inflames their joints.  The cat has to be given insulin injections and their diet has to be strictly controlled while their glucose levels are monitored.

Just by putting an obese cat on a sensible diet can result in a 1 kg loss in wait in a month. The Battersea Dogs and Cats Home, London Branch, cattery spokesperson, Lindsay Quinlan,  says:

“Most of the dangerously overweight cats we get have been living indoors,  But people often give their pets too much food or the wrong types of food as an expression of their love, although it is in fact a form of cruelty.”

An example of the kind of cat that the clinic treats is Daniel an 11-year-old cat owned by Michelle Howlett, 47.  Michelle had ignored a number of warnings about her cat’s weight until he reached 12 kg, which is almost three times the normal weight for a domestic cat.

Michelle felt guilty.  She was told by the vet that Daniel was obese, which upset her greatly but she knew it was true and she realised it was her fault.  Daniel is on a daily course of insulin injections and a special diet.  He is now in remission from his diabetes.

“He have longer has to have the insulin but he will have 2 be the special diabetic feet for the rest of his life.  Luckily, he loves it,” says Michelle.

The title (more of less verbatim) comes from the Sunday Times (Kevin Dlowling) and probably originates in what Stijn Niessen said in interview.