ANALYSIS: Have you ever wondered if your cat eats prey outside of the home? A study carried out in South Africa indicates that domestic cats allowed outside, hunt and eat about 80% of their prey in situ and don’t bring it home. The argument is that when a domestic cat brings their prey back home it is a fraction of their predatory behaviour.

The researchers obtained the participation of the owners of 105 suburban cats to monitor their behaviour. The study took place over 11 weeks, 10 in summer and six in winter. They attached video cameras to 20 cats. They wanted to observe their behaviour outside the home and compare it to the answers provided by the cat owners taking part in the survey. 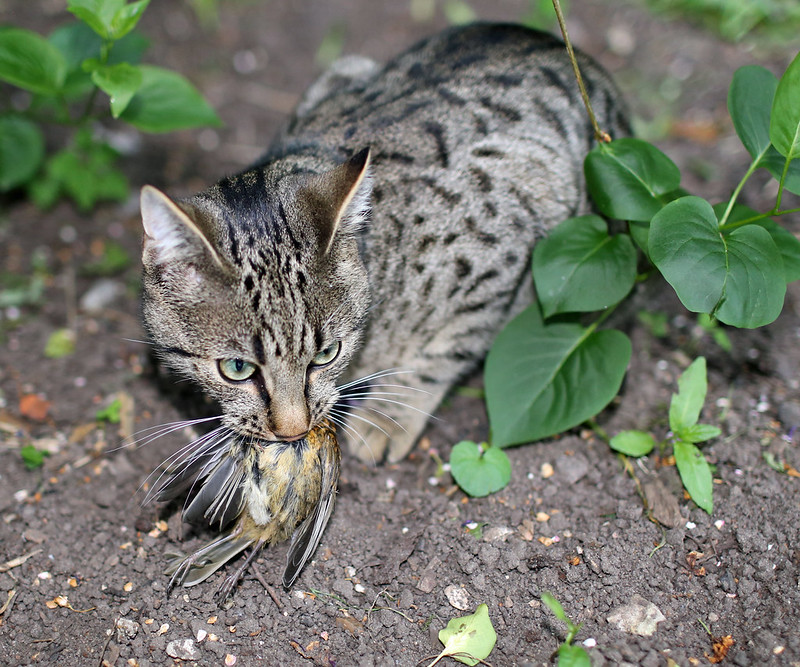 Above: This is my cat when younger catching prey outside of my apartment.

The results of the study suggested that 82% of prey caught by domestic cats are not returned to the home. This appears to square up with a “kitty-cam” study conducted by Arizona State University which found that cats did not bring home 77% of their prey catches.

The author of the study, Rob Simmons, of the University of Cape Town said that it was typical feline behaviour in referring to leopards who like to store their prey in trees and eat it there later.

He believes that domestic cats bring home prey to store it and eat it later. This is not actually true in my opinion. Cats bring home prey to eat it there and then. This is my experience. They just like to bring it back to the maternal nest as it might be referred to by wildlife scientists. It’s more comfortable to bring into the home and chase it around the home and kill the animal at their leisure. There may also be an aspect of bringing prey home to teach us, their owners, how to hunt and kill prey. This is what happens in the wild when mothers teach their kittens how to kill prey. They bring it back to the den. 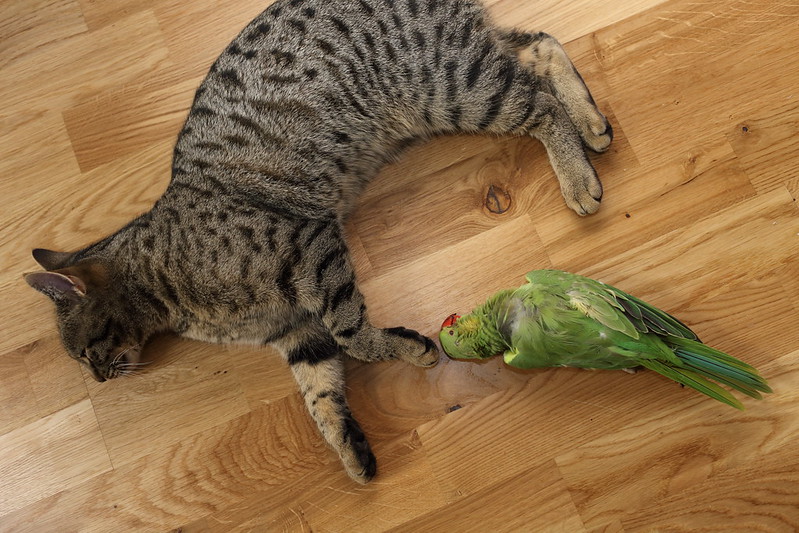 I would have to at least question whether a survey conducted in South Africa is applicable to cat owners in the UK or elsewhere. It probably is applicable but there may be an inbuilt distortion because of quite large differences in circumstances. There may be a greater availability of prey animals in South Africa for domestic cats and the weather may encourage domestic cats to eat pray on the spot. The sort of commercial cat food available may also have an impact upon how domestic cats behave in respect of predation. Although, we know, that the urge to hunt is separate to the urge to eat and is not linked to appetite.

The study is yet one more negative with respect to domestic cat ownership. There is a global campaign of sorts against allowing domestic cats outside. This is because of a heightened awareness of wildlife conservation driven in large part by Australia where the authorities are engaged in the mass extermination of feral cats on that continent. Also in Australia, state authorities are at various levels of enacting statutes (parliamentary legislation) to restrict domestic cat ownership in one way or another with the intention of protecting wildlife.

Domestic cats normally travel no more than a few hundred yards away from their owner’s home. That is the extent of their “home range”. And in my estimation about 90% of the time they occupy themselves quite close to the home. Occasionally they might go on an excursion about half a mile or more away but this is relatively unusual. If you’ve lost a cat the focus should be on areas within a radius of about 500 yards around the home. Other than that they may have been stolen, trapped in a shed all mother building or returned to their previous territory if that is within a mile or so of their new home.