Here is another picture from the morning of the distant storm in Oklahoma. I had forgotten about it until now. But now I am home I think it is worth publishing on the internet.

It was taken at dawn on the farm at A1 Savannahs. These charming emu pretty much followed me around the meadow as did all the other animals!

When they formed a nice composition and when the clouds looked good…click: 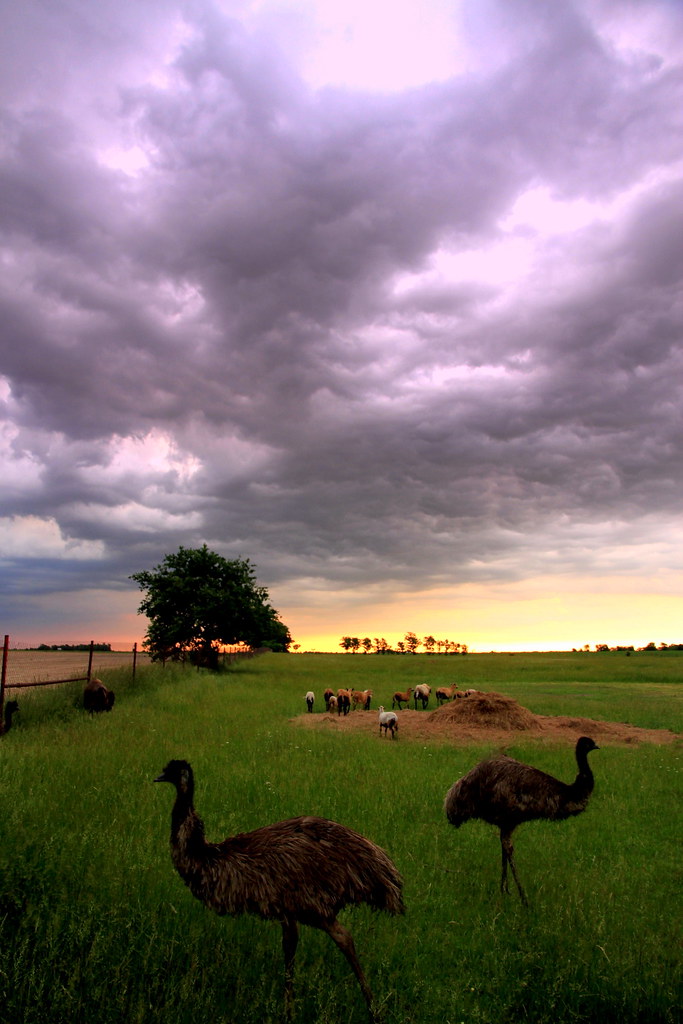 It is quite dark because that is the way it was. To the left by the fence is the buffalo grazing. By the hay are the goats.

The reason why this page is on a cat site is because it was taken on the farm of probably the world’s most successful and best cat breeder – A1 Savannahs.

A God Given Day in Oklahoma