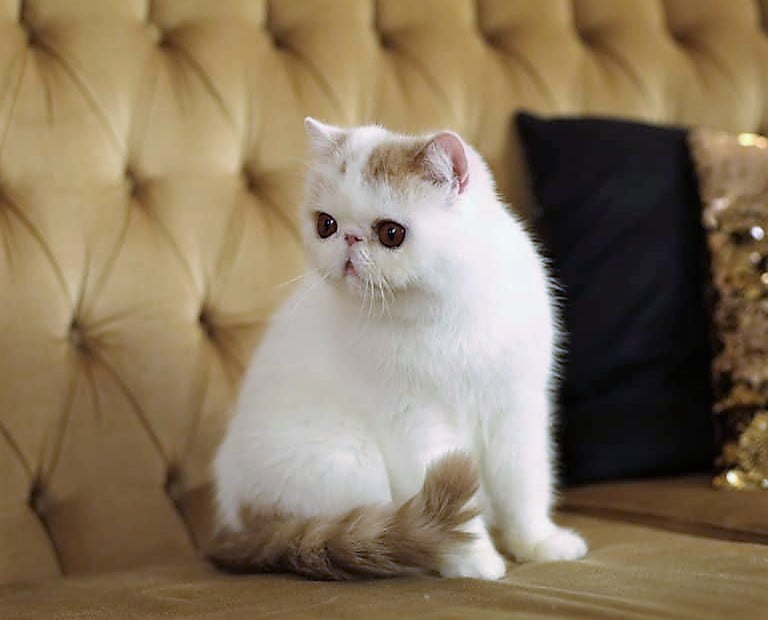 This highly interesting (and perhaps slightly amusing) looking cat is a simple hybrid, originally, of two pure-bred cats, the American Shorthair and the Persian (strictly speaking the Ultra Persian). If you click on the links above (which open in a new window) and come back, you will immediately recognize that this is a fusion of these two well known cat breeds.

Why did breeders create this breed? A question I think worth asking when one considers the public prefers less extreme looking cats (see the poll results this page – this link points to the Trad/Ultra Persian Poll) and there are known health issues that come with the Ultra (squashed) face.

It seems that the initial reason was to “strengthen” the American Shorthair “type” by selective breeding with the Persian. “Type” in cat fancier’s language means the recognisable appearance of a particular cat breed.

In this instance, I presume this meant to make the American Shorthair look more like an American Shorthair i.e. solid, rounded looking. What they got was a squash faced American Shorthair, which they liked. They went on to make a new breed out this mating. The appearance is of a short haired Persian cat. I don’t want to sound too critical but I wonder how much consideration was given to the health issues? 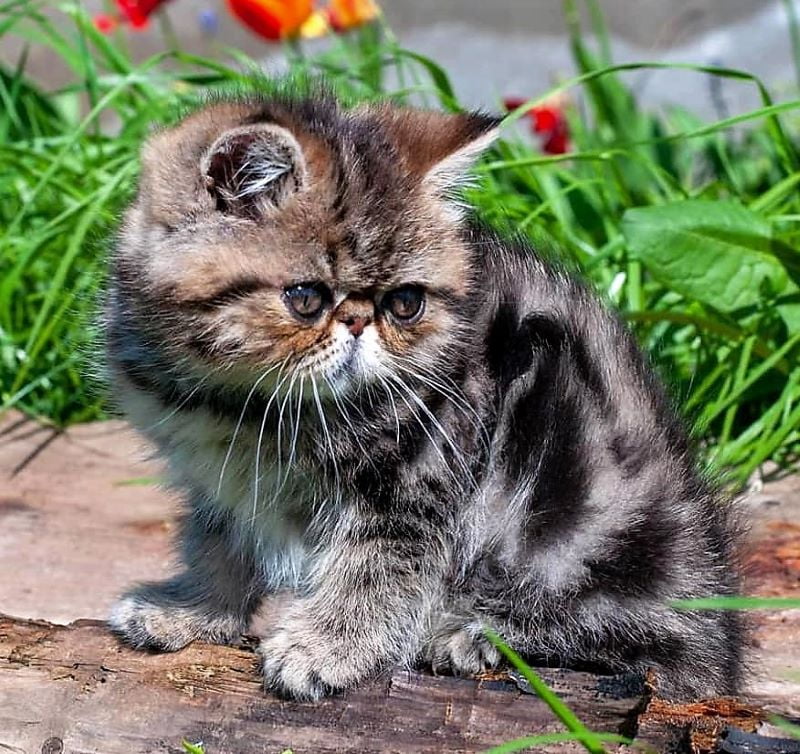 Since the initial creation in about 1960, breeders have “expanded” the breeding program and included other similar shaped shorthair breeds namely the British Shorthair and Burmese, for example. 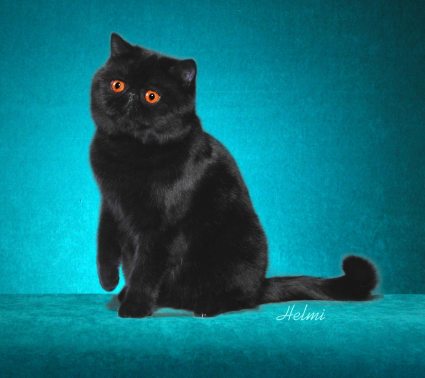 
See all the pictures here (there are more in this video than on this page, plus some breif information – the short tour):

As expected this cat is very similar to the Persian’s “furniture with fur” temperament. But the introduction of the American Shorthair and the breeds mentioned above mean that this cat is probably a bit more lively.

This cat is, then, docile, quiet, loyal and sweet natured. And there’s less time grooming and more time to play and cuddle (grooming though is a form of exchange of friendship and affection if done gently). The cat breed is sometimes called the “lazy man’s Persian” because of the lower grooming requirements. They are at the quiet, laid back end of the spectrum and make a nice comparison with alert, curious Benal cats: See the video, Bengal cat vs Exotic Shorthair.

The wide range of coat colors are the same as for the Persian. Why not see a slide show with high quality large format images of this cat breed accompanied by comment on a breed standard? 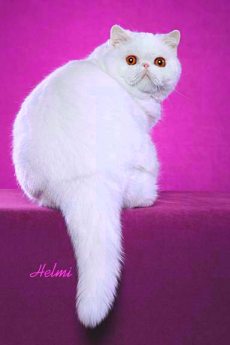 Divinity top and Abbe bottom -photos ©copyright Helmi Flick. These are thumbnail images. Click on them for larger versions.

The Persian has certain medical concerns. These are found in the Exotic Shorthair Cat. I have also discovered that there are at least potential problems with an asymmetrical jaw. This naturally affects eating and can lead to dental problems.

Then you have the problems associated with the squashed face, namely, sinus, tear duct overflow. These as we know can be minimized by not over-breeding towards the extreme face. It’s all about responsible breeding practice.

I also have a page on cat health problems, which includes genetically linked problems of various breeds and which updated more frequently. 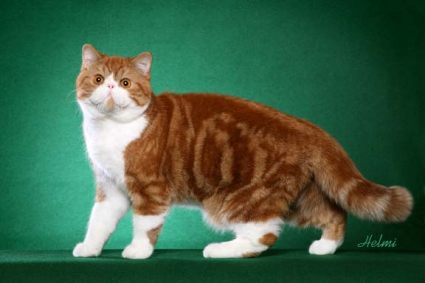