13th Feb 2010: This brief post contains a fascinating piece of video that is the first to be made public. There are plenty of still photographs of clouded leopards in zoos and the very occasional camera trap still image but it is very rare indeed to film a clouded leopard that was out in the open and unconcerned about the spotlight on it and the presence of the people. Which is a cause for concern perhaps. Why was this cat not behaving in the usual very elusive way?

The footage was taken in the Dermakot Forest Reserve in Malaysian Borneo (Malaysian territory on the island of Borneo). 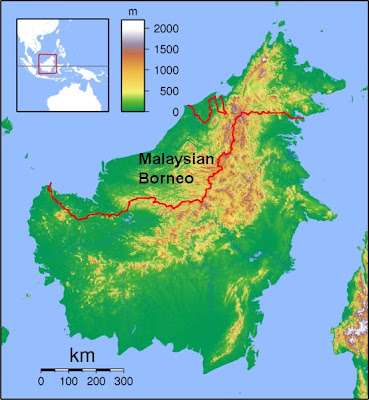 The encounter with the clouded leopard occurred when a team led by Andreas Wilting of the Leibniz Institute for Zoo and Wildlife Research were researching how changes to the forest impacted carnivores living in the forest. Camera traps were used.

The clouded leopard was walking along the road and the cat was undisturbed by the noise of the car or lights. The event took place over about 5 minutes.