↓
Home→Cat Products→flea treatments→Flea treatments can kill or cause harm: please read the instructions and use caution

Flea treatments can kill. This sounds a bit dramatic but it is true. The spot-on flea treatments can kill your cat. And if they don’t kill your cat, they can make your cat ill. That is not to say that they are inherently dangerous – they are not. In fact, they are very effective and a good last resort if flea combing can’t contain the problem. The products may even be used as a preventative measure. Frontline, for instance, protects against fleas and ticks. But they have to be used with caution as they are a toxic chemical.

Flea treatment insecticides pollute rivers and streams. I have pointed to the chemical concerned.

But applying spot-on flea treatments is not a super convenient method to control fleas while ignoring the whole picture. What I mean is there is little point in routinely dropping this rather toxic chemical onto the skin of your cat on a regular basis to control fleas that are on your cat whilst letting the fleas breed and live in the carpet or on the furniture. Just treating the cat is convenient but the cat takes all the burden when it should be spread around a bit by us doing some work on the home to control fleas there.

A report by ASPCA (The American Society for the Prevention of Cruelty to Animals®) highlights the dangers of spot-on flea treatments. Actually, you don’t really need to see the horror stories of cats becoming ill from this sort of treatment because the packet that contains the product is pretty scary! 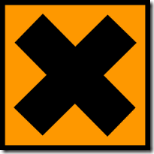 At the base of the packet, it says: “IRRITANT” – in other words we shouldn’t get it on our hands but it is OK to put it on our cat’s skin. See what I am getting at 🤔?

The spot-on flea treatment that I used to have contained an active ingredient called: d-limonene. This is a chemical extracted from citrus rind. The chemical has a wide range of uses including, paint solids, cooling liquid, solvent. (src: floridachemical.com).

Neem oil is another ingredient. Neem oil is a vegetable oil pressed from the fruits and seeds of Neem (Azadirachta indica), an evergreen tree which is endemic to the Indian subcontinent. It can be used for a variety of purposes including: preparing cosmetics (soap, hair products, body hygiene creams, hand creams) and in Ayurvedic, Unani and folklore traditional medicine, in the treatment of a wide range of afflictions. There are other ingredients.

The active ingredient in Frontline the best-known topical flea treatment is Fipronil:

Fipronil is used as the active ingredient in Frontline Top Spot at about 9.8% concentration, and is used together with (S)-methoprene (8.8%) in Frontline Plus, a topical flea and tick control commonly used on dogs and cats. It kills adult fleas before they lay eggs. It is also the active ingredient in GardenTech’s Over N Out season long fire ant control product. After a local application of Frontline, fipronil is slightly absorbed (approx. 15%) through the skin. Low levels of fipronil may be detected in the plasma, with a very high variability between dogs. (source: Wikipedia verbatim quote as allowed under their license).

The image is on a separate page without adverts as advertisers might object😒.