A Pensacola, Florida woman is in jail without bond after beating her ex-boyfriend following an argument about a cat they used to have together. 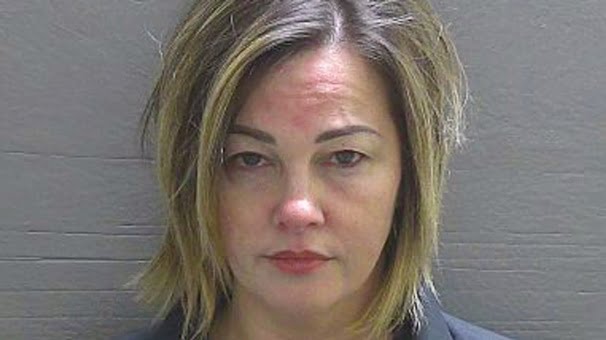 Christy Smith in jail without bond

Christy Smith, 39, and her ex had began an argument via text that spilled over to Smith arriving at the victim’s house, where she had threatened to fight with his wife.

Smith said that she went to her ex’s house after an argument with him via text messages and she wanted to talk to him in person about it. We don’t know what the argument was but clearly a cat was involved. Apparently they were joint ‘owners’ of the cat.

The trouble started when Smith arrived at the home and began beating on the front and back doors. She then beat the back door with a wooden chair until it broke.

The victim was afraid Smith would break the back door glass to get into his home and opened the door to ask Smith to leave. That’s when she’s reported to have hit him six times in the head with the chair.

The victim’s wife contacted police and she also recorded the entire incident on video. Smith was arrested and charged with battery and criminal mischief over $200 after she was found hiding in a shed. She’s being held at Escambia County Jail.