A new law has been proposed for Florida, USA which concerns how animal shelters in the state deal with decisions regarding the euthanasia of rescue animals under their care. 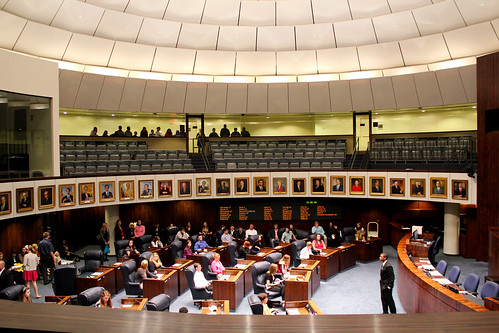 Florida State Senator Joseph Abruzzo has presented a bill which has been called the “Animal Rescue Act” (nice name, incidentally) which, as far as I can tell, is intended to put an end to, or put the brakes on, the needless killing of animals at rescue centers in the state.

My initial reaction on seeing this bill was one of elation because there is a hugely pressing need to address the issue of the mass destruction of shelter animals who are not placed in a new home.

Regarding legal matters – and a Bill is a statute that is yet to be enacted – it is important to be accurate and therefore, immediately below I present a summary of this bill as stated on the Florida Senate website:

Animal Control Agencies and Animal Shelters; Creating the “Animal Rescue Act”; requiring an animal control agency or animal shelter that euthanizes animals to maintain a euthanasia registry; requiring an agency, shelter, or rescue group to submit certain information before being added to the registry; prohibiting an agency or shelter from euthanizing an animal until the agency or shelter has notified all applicable agencies, shelters, or rescue groups listed on the registry, etc.

From the summary, I can see that the gist of the proposed law is that animal shelters cannot euthanize an animal until they have formed a network (a registry) of local animal shelters and which they need to notify about the prospect of euthanizing a particular animal and see whether they are able to take in the animal and thereby save its life.

This new law places an obligation upon an animal shelter to notify other animal shelters, agencies or rescue groups that are on its “registry” 24 hours before an animal is scheduled to be euthanized.

As far as I understand it, a shelter or rescue group that is willing to take possession of an animal may not euthanize an animal until and unless they comply with these new regulations.

It would seem to me that this new law indicates that, currently, there is insufficient networking and communication between the various agencies, rescue groups and shelters at present to ensure that every effort is made to avoid the unnecessary euthanasia of an animal at a shelter. It is placing an obligation on shelters to do what they, arguably, should do in any case which is to try harder and find all manner of ways to avoid taking that final and conclusive step, a step of failure, namely to kill an animal in their charge.

Bearing in mind, that animal shelters should be doing this in any case there is no legitimate reason why this bill should not be passed into law, which is what the petition on the change.org website states.

Another aspect of this legislation is that a shelter may remove from its registry of associated rescue groups and shelters if the current director, officer, staff member or volunteer of the rescue group has been convicted or charged with a crime related to animal cruelty or neglect. That would seem to be a sharpening-up of the requirements of the sort of people who work at animal shelters and within rescue groups.

There is certainly a need for good leadership within rescue groups and shelters and a need to for all shelters to work together at maximum efficiency where possible to help unnecessary euthanasia of shelter animals. This is a welcome proposed statute, which I very much hope becomes law.