↓
Home→Cat Health→medicines→Floxie Pets: Has Your Cat Been Harmed by Fluoroquinolone Antibiotics?

I recently had the good fortune to speak over the phone with Lisa Bloomquist, creator of the website www.floxiepets.com. Regulars to PoC will remember that I was floxed in February of this year. Being floxed is just another way to say that you have been poisoned by a fluoroquinolone antibiotic. As I have gradually returned to health, I have been haunted by the thought that the hell I went through could be something animals are enduring, could be something my precious Monty might endure. 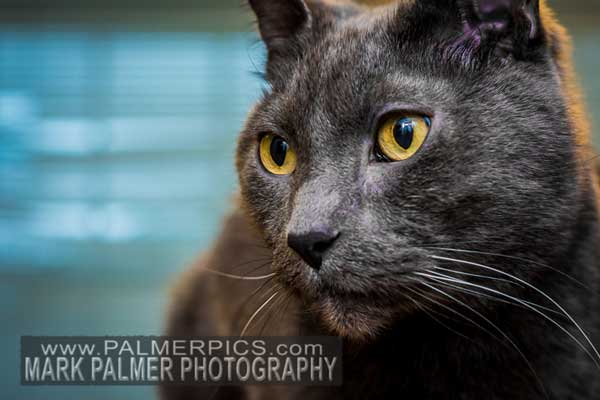 It turns out the same thoughts occurred to Lisa, who first created the website floxiehope.com after being floxed in 2011. Lisa has now fully healed, but created floxiehope to help those still suffering from Fluoroquinolone Toxicity Syndrome. Like me, she found comfort in her feline companion during her long journey back to health. She found herself watching her cat Rickie (see photo above) jumping all over and imagined what it would be like if his tendons were weakened. She allows Rickie free access to countertops and says, “I look at those springy hind legs and I know it would devastate him.” So she has recently added a new website dealing specifically with stories of pets harmed by fluoroquinolone antibiotics.

These drugs are routinely given to farm animals. Animal testing is done using these drugs resulting in terrible side effects, such as lameness in puppies. But the horror does not stop there, because your cat could very easily experience the effects of fluoroquinolone toxicity if your vet prescribes any of these drugs: Baytril, Floxasol or Advocin. It is best to question any drug given to determine that it is not a quinolone or fluoroquinolone, because they all can have damaging side effects. Drug names can change and new ones can be added. Be sure to ask what class the drug is in, especially if you know it to be an antibiotic.

Lisa states that the real tragedy of the poisoning of our pets is that our pets trust us. We can end up betraying that trust without knowing what we have done, until it is too late. People assume there are checks and balances to protect us ,and our pets, from medications that might be harmful, but too often these checks and balances are failing. Our pets can’t speak up for themselves, so we need to be their advocates. In fact, Lisa says that we need to be screaming to the vets that this needs to stop.

Screaming is not an overreaction. Your beloved dog or cat can end up with a multi-symptom chronic illness just from antibiotics given during a simple tooth extraction! Lisa points out that humans can understand an explanation of what has happened to them. They can be told what symptoms to expect and given a timeline as to when they might recover. Animals have no idea what hit them, when suddenly they are experiencing the horrible symptoms caused by these drugs. Animals are innocent, so it makes stories of their suffering especially appalling.

Do not assume your vet knows the risks and/or will inform you of them. There is the story of a cat named Shadow posted on floxiepets. Shadow was blinded after being given Baytril. Cats lack an enzyme that could protect their eyes from damage after being given a fluoroquinolone. The vet should have warned Shadow’s caretaker to keep Shadow inside, and away from bright light. After going outside on a sunny day, Shadow became permanently blind.

Lisa admits that most of her research on fluoroquinolones deals with their effects on humans. However, animals are not all that different from humans. Animals do have emotions. They do feel pain. But they don’t always communicate that pain in ways we humans can understand. Regulars at PoC have discussed the stoic nature of cats, making it difficult at times to diagnose and treat feline pain. Lisa pointed out that dogs also hide their pain. Pack animals will do this, because a weakened animal might be cast out from the pack. The dog will hide his suffering from the humans who might help him, because the dog’s instincts say that he must not let his pack perceive him as weak.

Sometimes the first signs of fluoroquinolone toxicity are swollen joints and decreased mobility. Having been floxed, Lisa and I can both attest to the fact that tendon and joint pain is the tip of the iceberg. Panic attacks, an inability to sleep or relax, intense burning sensations all over your body, ringing in your ears, confusion and fatigue are all possible symptoms that an animal cannot communicate to you. Lisa most fears the loss of mobility for her beautiful cat Rickie. I fear most that Monty would suffer the killer insomnia I’ve had at times since being floxed. This is insomnia beyond simply being unable to sleep, but actually being unable to relax at all. I have had days go by during which if I relax my skin burns, my muscles cramp and tighten and my ears ring. I see Monty relaxed and happy, and I shudder to think of him enduring that kind of torture.

Lisa’s websites have been very instructional for me. I have learned that fluoroquinolones damage us in many horrible ways. The chelation1 of magnesium, as serious as that is, is but the tip of the iceberg. Fluoroquinolones bind to GABA receptors. GABA allows you to relax. When your body is flooded with something with an affinity for a certain type of receptor, some of those receptors are pruned by the body. Because of this effect, I don’t currently have enough receptors for GABA, so sometimes I can’t relax. It is very similar to withdrawal from Benzodiazepines, and like Benzo withdrawal, the symptoms can cycle and last for months or even years. This is not the worst that drugs like the Cipro Lisa and I took can do.

These drugs also can harm your mitochondria, damaging your cells at the DNA level. Lisa has many good articles about this posted on her websites. The problem is that people and animals can tolerate some of this type of damage, for awhile. But when a certain threshold is reached, irreparable damage can occur.

If your cat was given Baytril in the past and was fine, please do not assume that he or she can take it again without incident. If your cat was recently given Baytril and seems fine, please keep a close eye on your animal for any evidence of poisoning. Some of these reactions, especially those caused by mitochondrial damage, can be delayed. Although the drug might have been given a month or more ago, the reaction can be startlingly severe and sudden.

I know all of this is scary, but the best thing any of us can do is to educate ourselves and educate our vets. Lisa has many good articles and research posted on her websites, which can be printed out and taken to your veterinarian or to your doctor. Many of you in the PoC community have taken it upon yourselves to educate your vets about the problems caused by declawing cats, so I know you will not find it difficult to speak to your vets about these very dangerous medications. At the very least, we can protect our own pets. If we can convince the vet to stop prescribing these drugs we will protect even more animals.

Note: (1) Chelation: the removal of a metal from the bloodstream