My cat, Gabriel has reached a time in his life when he should have the opportunity to explore the outside under supervision and, to a certain extent, under controlled conditions. I have been taking him out on a harness and leash for about a month, twice daily. These two pictures show him outside, free-roaming, with me in attendance. There is a risk, certainly. I have decided on his behalf that the risk is acceptable and commensurate with the enormous benefits he derives from exploring the outdoors. 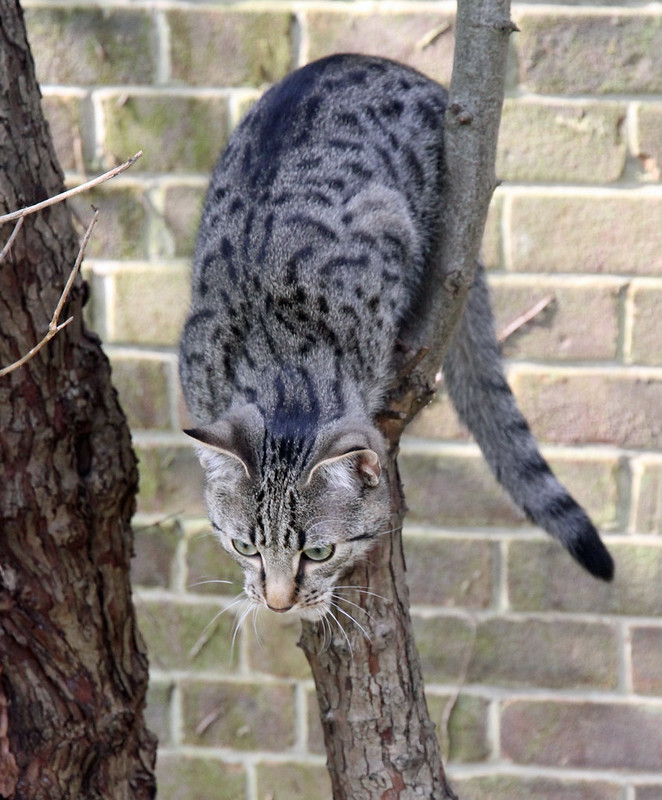 The beautiful camouflage of the grey/brown spotted tabby coat is very apparent in the photo above. In the photo below his extreme interest in what is happening around him is on full display. This was his first visit outside without a leash. 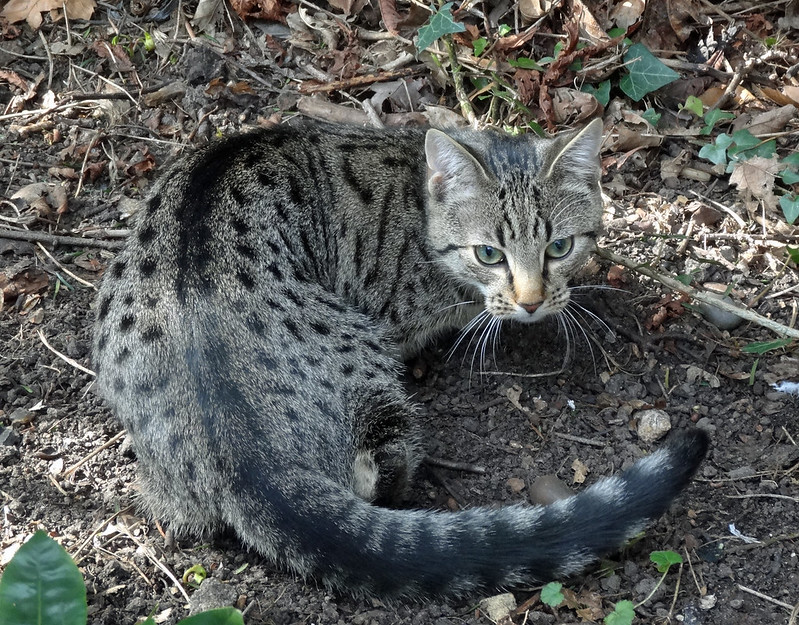 In a practical sense, I am in the midst of the ever present dilemma of whether to let him out or not. I am basically for him going out. The area where I live is about as safe as it gets for a cat in South West London. There is virtually no traffic problems here and traffic is the biggest killer.

My biggest worry is other cats. He is about 5.5 months old. Also, he is not yet neutered. I realise the risk but he’ll be neutered fairly soon and I am present when he goes out to prevent unwelcome interactions between him and other cats.

He almost demands to go out. He has a lot of pent up energy he needs to use up in a natural environment where there are sensations and stimuli. He is quite large now but still not an adult. He behaves in the cat equivalent of a boyish way. He could get into some jams because be lacks experience. I am certainly aware of the dangers and dread the though of him getting hurt or lost but feel I have to do this.