This is Jasper who is both hairless and eyeless. He’s a Sphynx cat so that he is hairless for that reason and he lost his eyes to a feline herpesvirus infection. He lost his right eye first as it became ulcerated and had to be removed. Then five years later he lost his other eye for the same reason. He’s become an Internet social media sensation as a result. And he has become a sensation because he looks like a cat out of a horror movie. 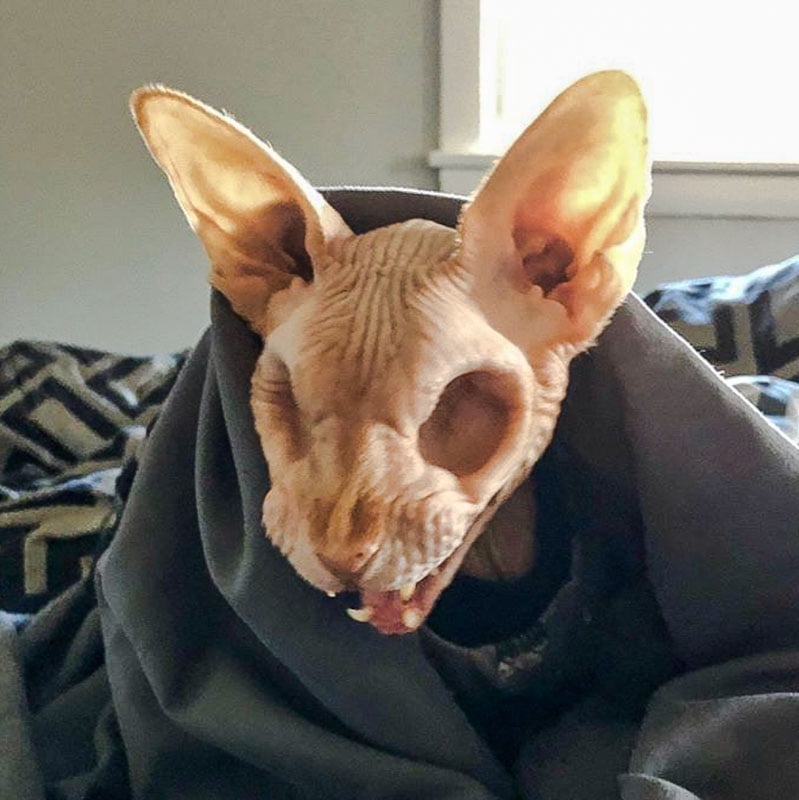 It is, sad to say, an example of voyeurism. It’s a freakshow and Jasper certainly looks freakish. He is completely unique and very interesting looking. However, on a purely personal note, I don’t like this sort of voyeurism on social media. I just don’t like a cat like this being exploited for celebrity and the celebrity goes to the cat’s owner of course because Jasper has no idea what is going on with respect to celebrity.

I also don’t like the way that in one photograph the owner has left him looking very dirty. His face simply looks dirty to me. Does it to you? Sphynx cats need washing all the time because the sebaceous gland oils build up and attract dirt. Therefore they need to be wiped down. I’m possibly moaning too much because I have become a grumpy old man. I don’t care; it just seems odd to me, the whole thing.

He is on every social media platform as far as I can tell, from TikTok via Facebook to Twitter. As usual, he has adapted very well to being blind. Domestic cats are fantastic like this; they get along very well and in any case hairless cats have to be kept indoors even if they do have their eyesight. We all know that because without the protection of their fur they are susceptible to sunburn and frostbite outside, combined with the usual problem of potential theft. 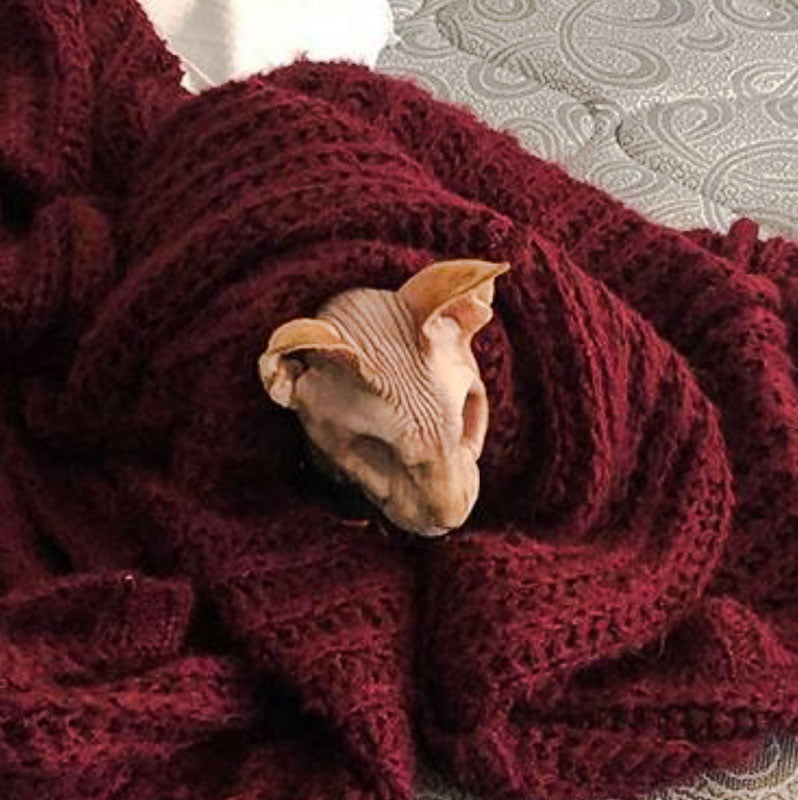 We are told that he suffered a mild stroke in 2019 but recovered from it and that he is 12-years-of-age. He is therefore a fairly elderly cat by purebred cat standards. He has about 73,000 Instagram followers, 12,000 followers on Facebook and 50,000 followers on TikTok.

We are also told that five people have an image of him tattooed on themselves. That is celebrity! Kelli is his human guardian and she hopes to be able to educate people about disabled cats on her social media websites. She says that blind cats can live a very fulfilling and happy life. I don’t know where he lives.

He has his own online shop too, selling things like T-shirts with Jasper designs on them. For one month the revenue goes to Black Lives Matter. 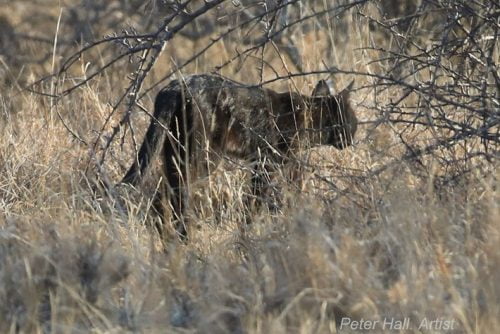 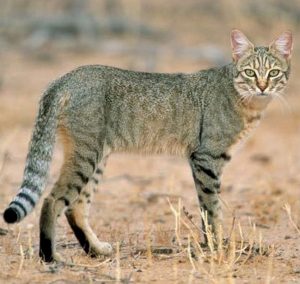 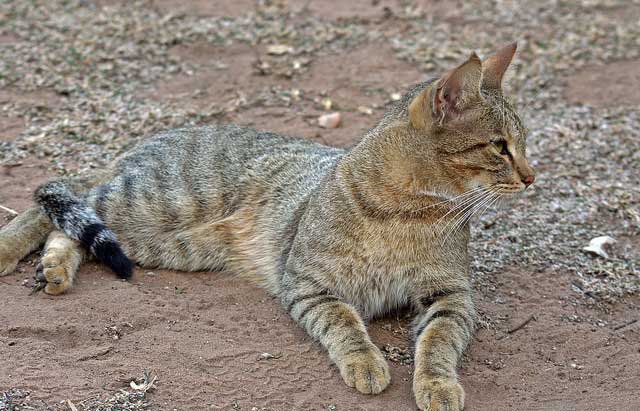