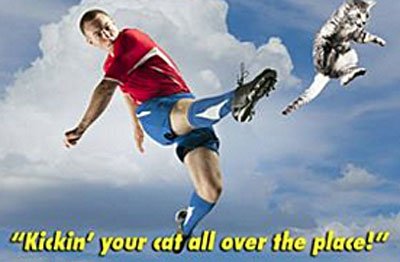 Facebook tells us that on Saturday 31st October at 8 pm (EDT) there is a ‘Halloween Cat Punt’ event. The invitation to it is worldwide and so far 62 people have said that they are going to it. There are four ‘maybes’ and 295 people have been invited. The numbers are climbing.

This is a fictional event (in my view) and the whole point is to annoy cat and animal lovers. It is just another version of trolling but it does encourage cat abuse and is therefore insidious and dangerous; bordering on criminality. And some idiots may indeed participate wherever they are.

The Facebook page (this is a mobile version) implores: BRING THE WHOLE FAMILY (update 20th Oct – the FB page has been removed it seems).

The event is being ‘hosted’ by Adam Troy. Comments on the page state:

“My daughter loves this event. Tiddles has learnt to love it.” (Alison Campbell)

“Sorry I can’t attend this cat punt as I’m already attending two others that day and only have 2 cats. If I had a third one to punt I’d be there.” (Derek Mecklenburg)

Jonathan Pearson posts a picture of a cat in a glass jar (see below) with the caption: “Almost forgot to poke holes in the lid.” 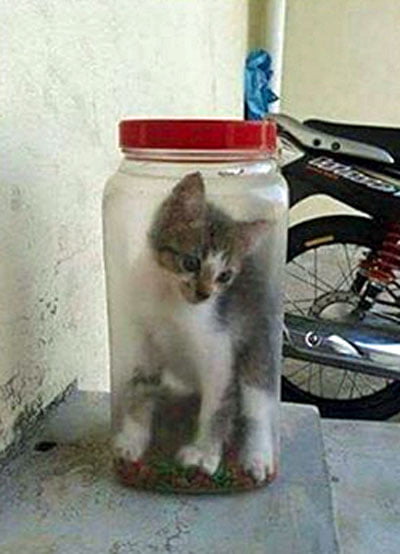 Amelia Mills posted a picture of a cat in a suitcase with the caption: “Packed and ready to go!” 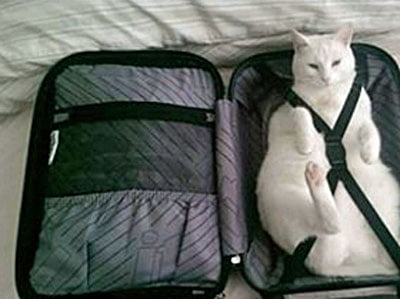 Ryan Staunton is another one of these sickos who posts a picture of a cat with an injured face (see below) with the caption:

“On no not another cat punching event! Poor old punchbag isn’t gonna like that, he’s 12 years old now and god only knows how many cat punching events he’s endured at this stage….it will be time for the old claw hammer soon enough me thinks, as you can see he’s not holding up so well these days.” 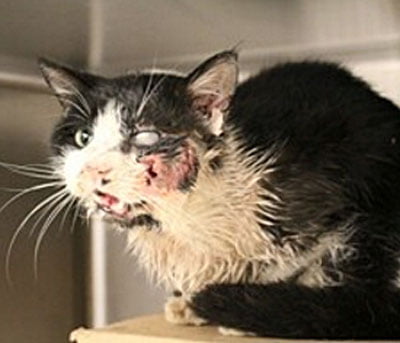 Last February Elisa wrote an article about Facebook dark humor which she correctly described as near the bone and almost criminal in its content. Jamie Cardy commented on that page. He is his usual provocative, troll-like self.

The infamous troll and sicko, Jamie Cardy (Jamie Card, Jamie Lawlcard), participates in this fictional cat abusing event. On his sparse Facebook page (thankfully devoid of friends), he declares that he is a volunteer at the UK’s best known animal rescue centre: Battersea Dogs and Cats Home. This is just a windup, I believe.

His header photo is the one of the young cat with a speech bubble at the top of this page. He obviously supports this mysterious and sociopathic event: the Halloween Cat Punt.

The trouble is that Halloween (which I don’t like in any shape or form) is an invitation to start abusing cats particularly black ones as they are still associated with witchcraft and superstition.

There are many more groups of cat haters and abusers who like to make sick jokes about cats thereby promoting and revelling in cat abuse of the worst kind. Facebook continues to do nothing about it it seems to me.

P.S. My thanks to Elisa for spotting this.