You might not know that your cat has toxoplasmosis because the most common signs are the signs of other illnesses such as lethargy and loss of appetite. However, “feline intestinal toxoplasmosis is usually asymptomatic”. This means that there are no signs but when there are symptoms it affects the lungs, lymphatic system, eyes, spinal cord and brain. 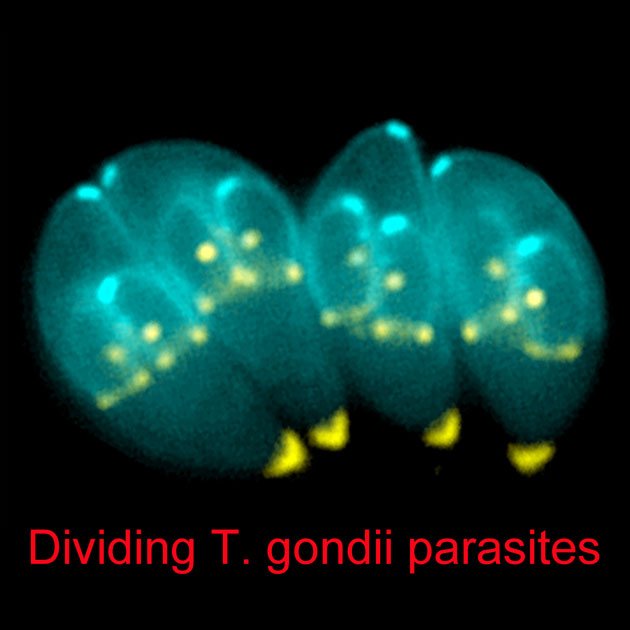 Toxoplasma gondii. My thanks to Wikipedia for the image.

Another complication is that cats that show signs of toxoplasmosis may also be infected with other diseases such as feline immunodeficiency virus (FIV) or feline leukaemia virus (FeLV). Consequently, the advice is probably that you should see your veterinarian if you suspect that your cat might have toxoplasmosis at which time he or she might conduct serologic tests including ELISA which will show whether a cat has been exposed to the disease. If the test is positive in a healthy cat it tells you that the cat has acquired active immunity and is therefore not a source of human contamination.

Other signs of having contracted the disease are a cough and rapid breathing. There may also be neurological and visual health issues. The lymph nodes may be enlarged and kittens may suffer from pneumonia, liver insufficiency and exhibit encephalitis. It can cause stillbirths and abortion and can lead to fading Kitten syndrome.

It’s a complicated issue and it is said that almost half the adult population of people have been exposed in the past at some time to toxoplasmosis. They develop protective antibodies making them immune to infection. Most cases are caused by people eating raw or undercooked meat.

The conclusion is, as far as I’m concerned, to take your cat to your veterinarian if your cat is showing general signs of illness caused by an unknown disease. I am not a veterinarian but have a good layperson’s knowledge of cat health.

SOME MORE ON TOXOPLASMOSIS: 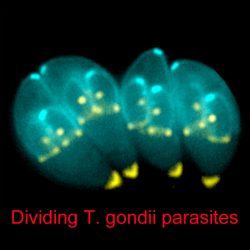 Is there a link between domestic cats and human psychosis?

I declare my bias/interest: I am for the cat and against science which either purposefully or inadvertently maligns the cat ...
Read More 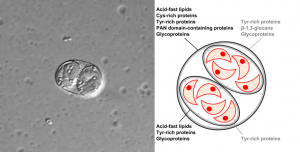 A lot has been said about toxoplasmosis and the possibility of contracting it through coming into contact with domestic cat ...
Read More 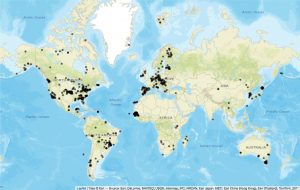 A study has found that the protozoan parasitic disease called toxoplasmosis is more commonly found in wild animals that live ...
Read More