↓
Home→Human to cat relationship→foster carer of cats→How does a cat foster carer say goodbye to a kitten like this? 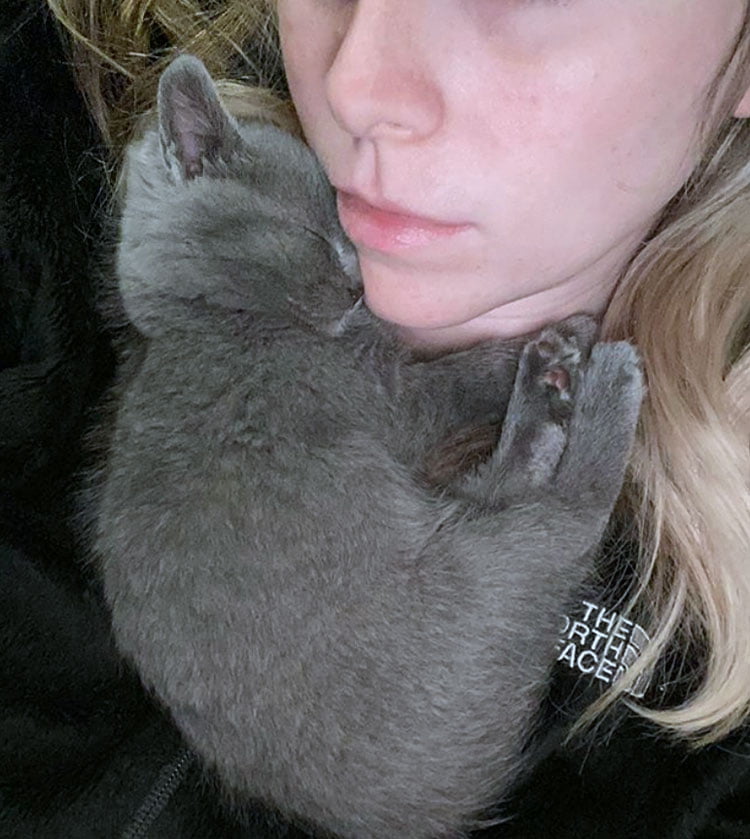 The relationship is bound tightly with deep feelings from both sides. How can you break that just because you are a foster carer? — Michael

I find it almost impossible to imagine giving up such as sweet rescue kitten as Cindy Lou Who. Ashley Morrison is Cindy Lou Who’s foster carer.

This cute grey cat with a smile like a purebred Chartreux was rescued from a farm in East Washington. A farm worker heard the kitten’s cries. Ashley reports that..

She had been living under a concrete tunnel system where workers couldn’t reach her.

A farm worker, Sam, cleaned her up and she was transported to her foster carer Ashley. It is believed that her entire family had perished or disappeared.

I’d have thought that the big hurdle that Ashley now faces is how to release Cindy Lou Who for adoption to a furrever home. The closeness of the relationship between this gorgeous grey kitten and her human foster carer is impressive.

With a relationship like this and with the obvious depth of the relationship from the kitten’s standpoint it seems to me that it is almost impossible for Ashley to give up Cindy Lou Who for adoption.

Did you know today is the first day of Winter?! ❄️ 🥶 I didn’t know until about ten minutes ago when I then shoved Cindy Lou Who up against my face to stay warm. Foster kittens, stay alive, stay warm. New mantra 2020.

I am certain I could not do it no matter how impractical it is to adopt from being a foster carer.

Ashley’s resident cat, Jack, takes on some of the responsibilities of caring for a young cat. Jack will miss Cindy Lou Who too. 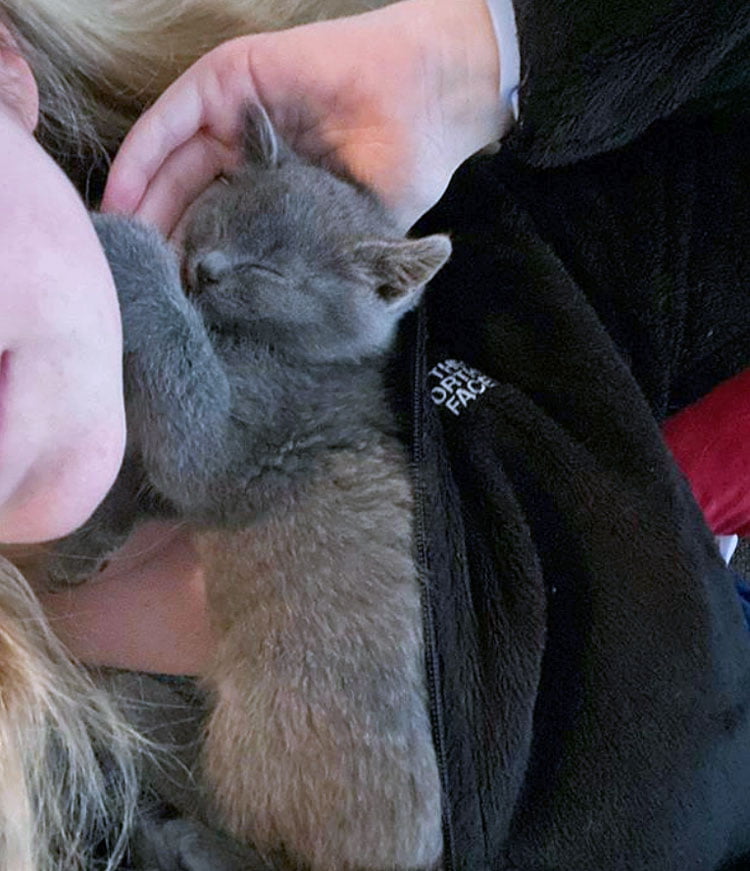 The first cat I fostered I managed to rehome as instructed by the rescue I worked with. The second kitten I fostered completely stole my heart. I had no choice. It was impossible to give him up for adoption and my fostering days were over very soon after I began. How is Ashley going to say goodbye to Cindy Lou Who?

SOME MORE ON CAT FOSTER CARING:

Picture of a foster kitten

Why publish a picture of a foster kitten? Firstly, I think he's an incredibly cute foster kitten. He has an ...
Read More

Nobody volunteered to help feral cats in Offaly, Republic of Ireland

An organiser of the Offaly SPCA Facebook page lost their cool after nobody came forward in response to an urgent ...
Read More 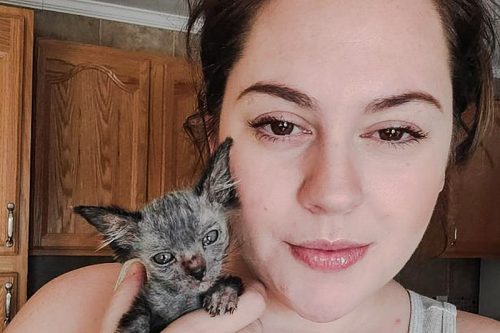 Ceb found himself being cared for by Danielle at her foster home in Winter Park, Florida: Central Florida Foster Kittens ...
Read More

Picture of a cute rescue kitten in a teacup

The good thing about this cute rescue kitten in a teacup picture is that it is not Photoshopped. It is ...
Read More 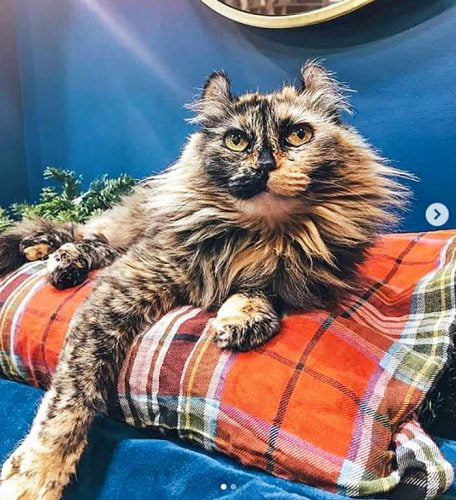 Friends for Life Rescue Network in Los Angeles have rescued a couple of kittens that were known to have the ...
Read More
Please comment here using either Facebook or WordPress (when available).