This is an update from the Humane Society of Grand Bahama on how they survived Hurricane Dorian. The article written by Elisa which told of the terrifying times that this animal shelter went through during the height of the storm has been seen by many thousands of people. The storm has abated I believe to a category 3 storm and it will be time to assess the damage and to try and get back to normal in due course. 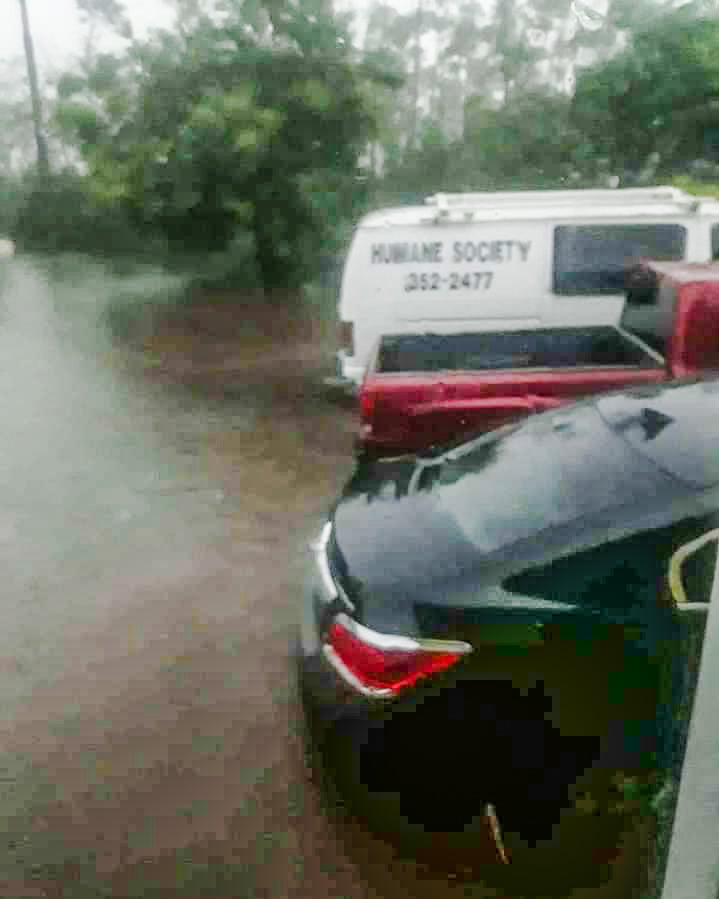 Humane Society of Grand Bahama under water during Hurricane Dorian. Photo: the society.

As I understand it, none of the staff of the shelter were injured or, God forbid, lost during the hurricane.

As for the animals…

On their Facebook page, the Humane Society of Grand Bahama tell us:

“50 beautiful cat survived the storm, possibly more, Tip was having a hard time counting them. Tip is in the process of finding a way to bring them to safety.”

The FB post goes on to send a message to a man called Keith Cooper to tell him that his kitty is alive and well.

With respect to dogs, they tell us that at least 75 dogs have survived. One thing we don’t know for sure is how many cats and dogs were on the site. An online newspaper, The Tribune, claimed that there were 200 dogs and 100 cats on site. A person commenting on the Facebook page, Marie Brown, said that 35+ cats have perished. I don’t know whether that is true or not. If it is, it is tragic. But this hurricane was massive and I think it was the strongest of them all. 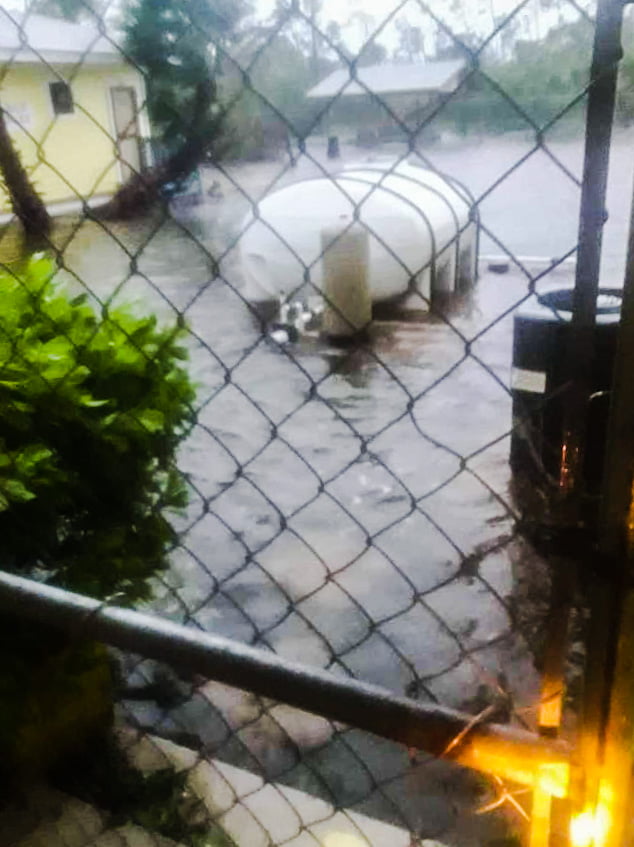 Humane Society of Grand Bahama under water. Photo: the society.

Perhaps we have to expect that a number of cats and dogs have perished. The photographs give us a feel for what is was like and tell us the kind of conditions under which the animal shelter had to cope during this devastating hurricane.

They did a fantastic job. They have the admiration of all people concerned with animal welfare.