Yep, I saw a wild fox and my domestic cat together and it happened yesterday. I don’t know how rare or strange or even dangerous this is but it just happened. I couldn’t get a photograph, unfortunately, as it was simply impractical.

It happened after sunset. It was dark but not nighttime. It was the time the urban foxes come out and search for food.

And some of that food was what I had put down for them! Some people won’t like that but it is my choice. A good amount of cat food gets left by my cats. This is the way with commercial cat food it seems to me.

We don’t have a waste disposal so I give it to the foxes – ‘waste not want not’, I was taught. On this occasion Charlie, my three legged cat, decided to eat some of it. The food was just outside my bedroom window on the ground floor about 5 feet from the window and close to the patio door on the grass of the garden.

As he eat it a wild urban fox came up and pushed him out the way and ate the cat food him or herself. 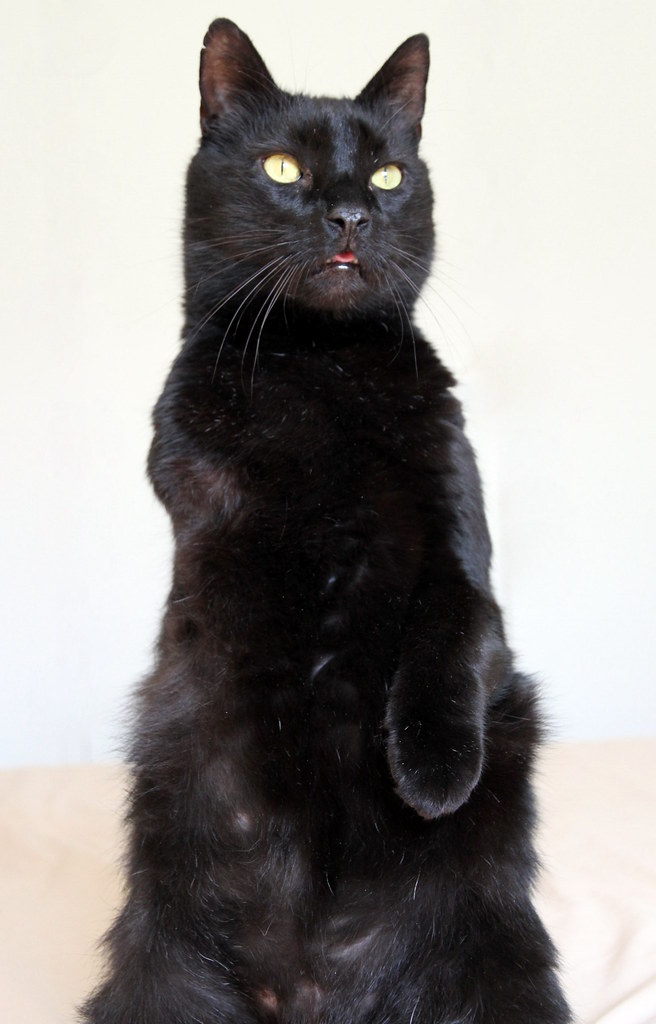 Charlie made a grunting noise. He makes a lot of different noises and this one means, ‘Oye what are you doing..!’

Then while the fox ate the waste cat food, Charlie who was about 6 inches from the fox just stood there and accepted it.

Nothing happened that was untoward. All was calm and normal. They both accepted each other completely. In fact the fox accepted Charlie more readily than Charlie’s lady cat companion (my other cat). When the fox had finished he sauntered off. The whole episode took about 3 minutes and the whole time they were close together. I watched it all from the bedroom window.

I had been a bit concerned about foxes attacking domestic cats but that was far from the case. In fact I was quite concerned about Charlie. But then he is large. He is about the size of a small English fox.

I will try and set up some photography as it may happen again. Has anyone got any thoughts about this? Maybe you think that I am crazy!

Note: The reason why I told this story is because there is a constant debate on the internet as to whether foxes kill cats. The answer is that it depends on the fox and the cat. If the cat is small and inexperienced and the fox is large and dominant then the fox may kill the cat. Also some fox species are larger than others. They are more likely to kill domestic cats. Some cats are very large. There is a story of two Maine Coon barn cats chasing and killing a fox in the US. The fox tried to kill some kittens and he was chased off and killed. Maine Coons are the largest domestic cat breed.