I feel that we are approaching the time when we could argue that the inbreeding of wildcats could extinguish them in the wild. Through human activity we have brought the wildcat to its knees. The classic causes are habitat loss and direct persecution such as poaching for body parts.

There must come a time when the population size of a wildcat species becomes unviable. And I really am not sure that the IUCN Red List of Threatened Species™ (Red List) have a handle on this. It may be because the mathematical models used to calculate survivability are inaccurate and/or are based on inadequate data collection. Indeed one of the biggest obstacles to assessing the status of a wild cat in the wild is knowing enough about it! There are several examples of cat species about which we know precious little even today. These are the Chinese Mountain Cat, Andean Cat and indeed pretty much all the small wild cats. And even in respect of the most famous of all cats, the most popular animal in the world, the tiger, we had inaccurate information as to population size until fairly recently and it probably is still inaccurate only we don’t know it. How can you accurately classify the threat of extinction under these conditions? 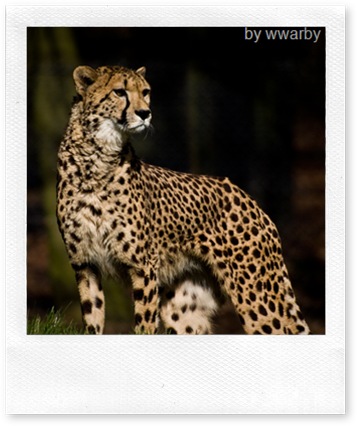 What prompted me to believe that inbreeding of wildcats is a major problem are four stories:

There are bound to be other examples of the inbreeding of wildcats but these come to mind, at the moment. People don’t often think about the wildcats, particularly the small ones. But when and if we do, we notice real problems with survivability despite what the Red List sometimes says. One issue, by the way about survivability in the wild is the time span over which it is being measured. The longer the time span the more uncertain survival becomes. Nearly every living creature will survive the next second!

If we bring together the four stories above and measure them against the concept of minimum viable population (MVP), I become very sceptical and pessimistic about the reintroduction of the cheetah to India.

Inbreeding of Wildcats – Reintroduction of cheetah into India

This concerns the plans being drawn up by Indian government to reintroduce the cheetah to India. Experts are meeting in Rajasthan in September to draw up plans and agree what seems will be a large budget in the millions of pounds to import cheetah from Africa to form a “foundation nucleus” of breeding cheetahs from which they will, once bred, be dispersed over the rest of India. One factor behind the plan is to encourage better management of existing suitable habitats that “are being managed terribly” (quoting the chairman of the Wildlife Trust of India). How many are going to be introduced? And will this end up as another example of the inbreeding of wildcats? Read below, please.

We know that the Florida panther is inbred and that the population is under 100. Their story is the classic case of the inbreeding of wildcats. We know that a number of domestic purebred cats are inbred and that the Bengal cat foundation cats are numbered in single figures. The Bengal cat has some genetic health problems the most notable of which is (see Genetic Diseases in Purebred Cats and Bengal cats and HCM – new windows). If the Indian government import a small number of cheetahs this might lead to long term genetic problems as has been the case with the Bengal cat.

We also know that the Siberian tiger with an estimated world population of about 4-500 has an effective population, in terms of breeding of “a few”….The species is behaving as if the population is about 27-30 individuals.

“Although about 500 animals live in the wild, only a few are capable of reproducing their species”

This is probably due to poor sperm quality (new window) that has come about as a result of inbreeding, which in turn is due to an initial small population compounded by fragmented “island” populations. Even a large overall population can act like an unviable one of it is badly fragmented. The story of the Siberian tiger is another example of the inbreeding of wildcats. 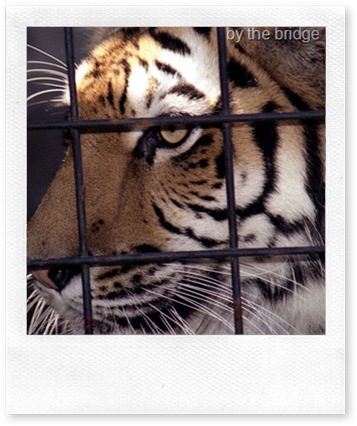 Then there is captive breeding – more inbreeding of wildcats. We know that the true story behind the glamorous white tigers in Chinese zoos is that they are heavily inbred causing horrible genetic defects which are kept away from the public. And in respect of the Chinese Siberian tiger (photo above) breeding program in captivity:

[src: . The inbreeding of wildcats takes place routinely at the hands of humankind. We kill them off in the wild and then can’t get it right in captivity either. Mind you, they only breed them in China for their bones and they have been persecuted mercilessly in the wild (see also Siberian Tiger Habitat). The White Siberian tiger suffers the same fate.

Back to the cheetah. If the MVP (see below) is in the order of 50 to 500 it means importing, into India, at least 50 cheetahs, doesn’t it? Even that looks unworkable in terms of long term viability. The track record of the those in India in respect of the tiger’s survival is not good. On one occasion they transferred three tigers from one reserve to another to introduce tigers to a reserve where they had been all destroyed by poaching. The trouble was that the three tigers were brothers and sisters! – cast iron certainty of inbreeding to come. See: The Bengal Tiger is Mismanaged.

[I use extracts from bo th eoearth.org (new window) – directly below under a Attribution-Share Alike 2.5 Generic creative commons license and Wikipedia under their license to explain this concept]

A minimum viable population (MVP) size is an estimate of the number of individuals required for a high probability of survival of a population over a given period of time. MVPs can be estimated using a number of mathematical techniques. Most commonly, population viability analyses (PVA) are used. Time periods {
for the period the animal survives] for PVAs are typically 20, 50, 100, 200, or sometimes 1000 years.

MVP estimates may also be derived from population censuses or genetic analyses. Genetic analyses typically involve the estimation of loss of genetic diversity and fitness and projection to extinction. Some studies indicate that inbreeding depression alone can lead to extinction, even among wild populations. Thus, when considering the viability of a given population, one should consider whether the population is large enough to avoid inbreeding depression, if there is sufficient genetic diversity for adaptive change to occur, and if the population is large enough to avoid accumulating new deleterious mutations.

….Estimates of the population numbers required to overcome these effects (effective population or Ne) are 50 to avoid inbreeding depression, 500-5000 to retain evolutionary potential, and 12 to 1000 to avoid the accumulation of deleterious mutations…. An Ne of 50 is required to prevent an unacceptable rate of inbreeding, while a long-term Ne of 500 is required to ensure overall genetic variability. Given that the average Ne /N ratio is roughly 0.10 these rules of thumb translate to census sizes of 500 to 50,000 individuals. Where conservationists lack funds to obtain the essential information needed for population-specific MVP size estimates, a broad range of MVP from 100 – 10000 individuals may be cautiously used.

Minimum Viable Population is usually estimated as the population size necessary to ensure between 90 and 95 percent probability of survival between 100 to 1000 years into the future…..An MVP of 500 to 1000 has often been given as an average for terrestrial vertebrates when inbreeding or genetic variability is ignored. When inbreeding effects are included, estimates of MVP for many species are in the 1000s. Based on a meta-analysis of reported values in the literature for many species, Traill et al. reported a median MVP of 4169 individuals.

Inbreeding of the Wildcats – Conclusion

There are a large number of wild cat species (correction, nearly all the wild cat species) that are at or heading towards the tipping point where their population sizes are so small in the wild that it becomes unviable to maintain genetic health and when the inbreeding of wildcats finishes off the job that we started: their extinction.

From Inbreeding of Wildcats to Wild Cat Species

Photos: published under a Attribution 2.0 Generic creative commons license. The credit is on the photo.