A police officer in Indianapolis, Indiana has a new addition to his family after adopting a stray cat who came out of the bushes during a dispatched call. 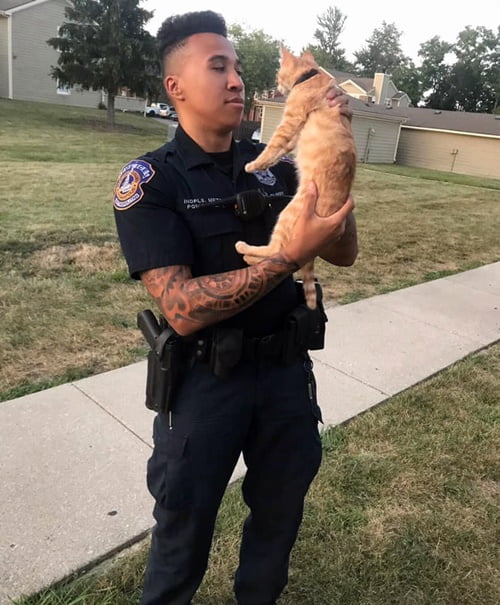 IMPD Northwest Officer Germayne Curry was on the scene of a dispatched call when the kitty, now dubbed “Lionel” came out of the bushes to investigate. Lionel followed the officers on the elevator to the call location.

After the call was completed and all was well, Lionel returned to the elevator with the officers. Lionel even jumped into the patrol car when Officer Curry opened the door. A Facebook post on the IMPD Northwest District community page described how attached officer and cat became.

“He hopped in my car and the little guy immediately grew on me.” 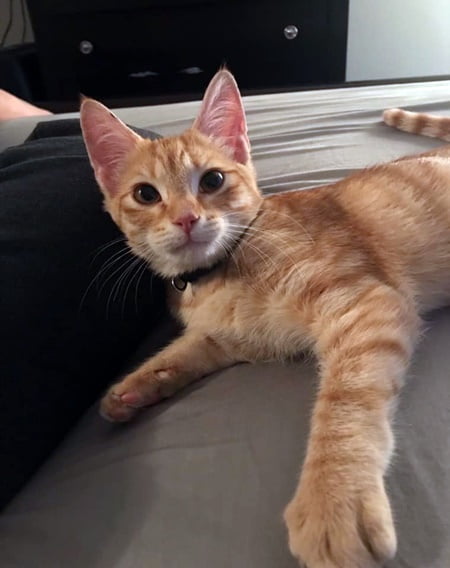 Officer Curry contacted Animal Control and inquired about adopting little Lionel. Five days later it was official. Lionel now has a forever home and Officer Curry has a cat who chose him as his ‘person.’