The warm and wet weather in the UK has been great for gardeners in one respect in that it has promoted growth. However, Guy Barter of the Royal Horticultural Society said that slugs have thrived in the mild, wet winter and most regions had rain in June so they have come out to start feeding and breeding. There is an infestation of slugs in the UK. Most people hate slugs and they take it out on them. They are hard to eradicate if not impossible. One lady destroyed more than 900 by dropping them into boiling water with added washing-up liquid. Another squashed 2,926 of them, I guess with a smile or grimace on her face, according to The Times.

The problem that I would like to discuss today briefly is that slug pellets are one of only two genuinely effective treatments but they are so toxic that gardeners are restricted to using them four times a year.

The pellets are toxic to cats and dogs, particularly dogs. Slug pellets contain a chemical metaldehyde which dehydrates the slugs and kills them. The chemical prevents them producing the slimy mucous which covering their bodies. This causes them to swell up and die. Note: in the UK from Spring 2020 slug pellets cannot contain metaldehyde under a change in the law. However, there will be old stocks in gardens and other countries have different regulations so this pet hazard will exist in the future.

Metaldehyde is highly toxic. The pellets are usually bright green or blue. Inquisitive companion animals might sniff them and then lick their mouths. Of course, it isn’t just companion animals who are at risk. Other wildlife, such as hedgehogs, can also be poisoned and killed by this chemical.

It killed a Japanese Akita dog named Boris who lived with Jackie Denning of St Helens, Merseyside, UK. He suffered a terrible end when within half-an-hour of ingesting the chemical in a park he had lost the use of his legs. He was taken to a veterinarian but it was too late. He didn’t eat the pellets. He simply walked on them or sniff them and then licked his muzzle and his paws and ingested the chemical that way.

There are thousands of toxic chemicals in and around the home of cat and dog owners. I have written about this countless times and great caution needs to be taken. Below are some articles about dangers to cats caused by household products. Please be aware.

Apparently the best way to get rid of slugs is to use a worm, an anti-slug bioweapon. It is a nematode which you can purchase from a breeder in Littlehampton, West Sussex and online. The Littlehampton breeder has increased production dramatically because of demand. The nematode is a microscopic worm which seeks out slugs. They penetrate the slug’s body via its respiratory opening where they secrete bacteria which decomposes the slug from within.

There are many other methods of controlling slugs but they are less effective than pellets and nematodes. 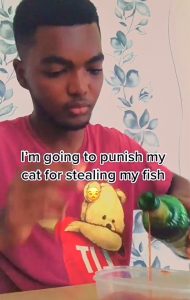 Alcohol is toxic to cats as you might expect. The main component of alcohol is ethanol. It's toxic to people ...
Read More 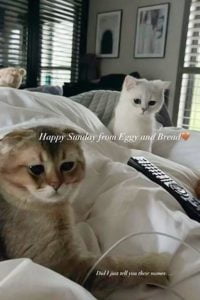 How many cats does Molly-Mae have?

We know how many cats Molly-Mae has because she and her cats are in the news today. There is a ...
Read More 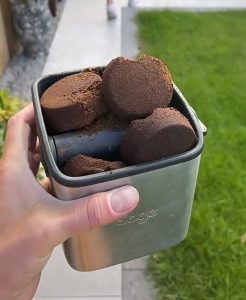 Coffee grounds that you would normally throw in the waste bin have been touted as being a "simple trick to ...
Read More 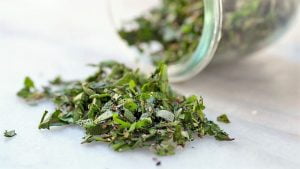 Can domestic cats eat the Christmas turkey with their human caregivers?

I'm sure that there is a tendency for cat caregivers to give their cat companion a little treat of cooked ...
Read More 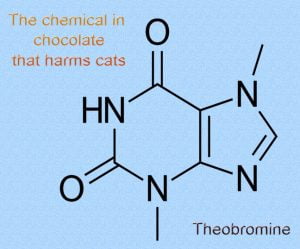 What happens when cats eat chocolate?

A chemical reaction takes place inside the cat. Chocolate contains a chemical called theobromine which is toxic to cats and ...
Read More 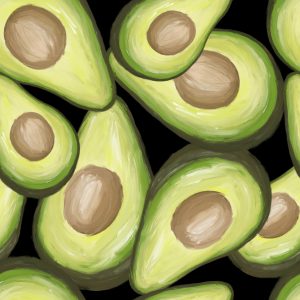 A lot of cat owners are now far more aware of human foods that are dangerous to cats, the effects ...
Read More