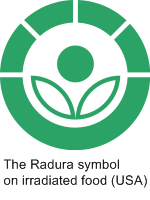 You know, I had never heard or given a moment’s thought to irradiated cat food. I had never heard of it until I bumped into it on the internet and although information about it is far from hidden on the internet it has taken 21 months of searching for general information about cats to find this story. And what a horror story it is. But it is also a story that is so typical, I think, of the pet food business. It is clouded in uncertainty and a certain amount of cover up, I would argue.

It relates exclusively to the Australian pet food market. All pet food imported into Australia has to be irradiated (subjected to ionizing radiation) to destroy bacteria, microorganisms, viruses, or insects. On the face of it this seems a good thing. I am sure it is designed to be a good thing and beneficial to the health of pets including cats. But is it also about profit? The process improves shelf life. I am yet to find out if pet food manufactured in Australia has to be irradiated. Not sure about that. Anyway, one Canadian manufacturer is caught up in this; Champion Pet Foods and specifically their brand, Orijen.

As stated, their food is irradiated and it has been discovered that a number of cats have fallen seriously ill. The current assessment is this. Irradiating pet food changes the food as well as kill bacteria. Some experts believe that is produces within the food products that are toxic to companion animals including cats. Some say the problem with irradiating food is only relevant in relation to animals, meaning it is “species specific”. This sounds wrong to sensibly minded people who are not experts.

Clearly Champion Pet Foods are concerned after apparently 5 cats have been euthanized because of the damage done to their nervous system as a result of eating their cat food. However, at this stage it would seem that a definite link between irradiation and damage to the nervous system has not be established. But I confess that I am not sure about that either as a scientific study which involved feeding cats with irradiated food resulted in cats suffering damage to their nerves (the myelin sheath around the nerve fibers becomes damaged – Proceedings of the National Academy of Sciences, scientists from the University of Wisconsin-Madison (UW-Madison). This kind of degradation of myelin in humans results in diseases such as multiple sclerosis (MS). Where these animal experiments?

In order to research the matter Champion Pet Foods sent samples to laboratories. On the Truth About Petfood website it is said that Champion would announce the results of these tests sometime after November 26th 2008. I have checked their website. Under “News”, the last entry is dated December 2006. I could find no information about this.

I just think the problem needs to be aired a bit more. There is a fine video (see above) about it that has been seen a mere several hundred times in 3 months showing a lack of interest or knowledge of the problem, which I would consider to be potentially very important. Human food is also irradiated so this affects people directly as well as indirectly in losing their companion cats and nursing them through illness.

It is claimed that the entire food structure can be changed by irradiating it. Irradiated cat food is not food as we know it (was it ever, though?). In cats the toxins referred to results in paralysis having damaged the myelin as stated.

Conclusion: It all smells. If irradiated cat food is found to seriously injure cats it will have been another example of the Australian authorities making bad decisions regarding cats. The other concerns the shooting and extermination of feral cats. See Ground Shooting of Feral Cats for example.