This is the proposition: the serial cat killer operating in and around London gets sexual kicks from killing cats using blunt force trauma and then (a) decapitating them (b) removing the paws or (c) removing the tail or (c) cutting the cat in half.

The cuts are described as surgical. It seems that the link between sexual arousal and mutilating these cats is based on the fact that on a few occasions the killer placed the cats next to school playgrounds where children would naturally be having some fun.

Alternatively the killer placed the mutilated corpse under bedroom windows.

It is believed that he has killed 200 cats. I think he takes the removed body parts as trophies. Here is a map courtesy The Metro showing us where the killings took place: 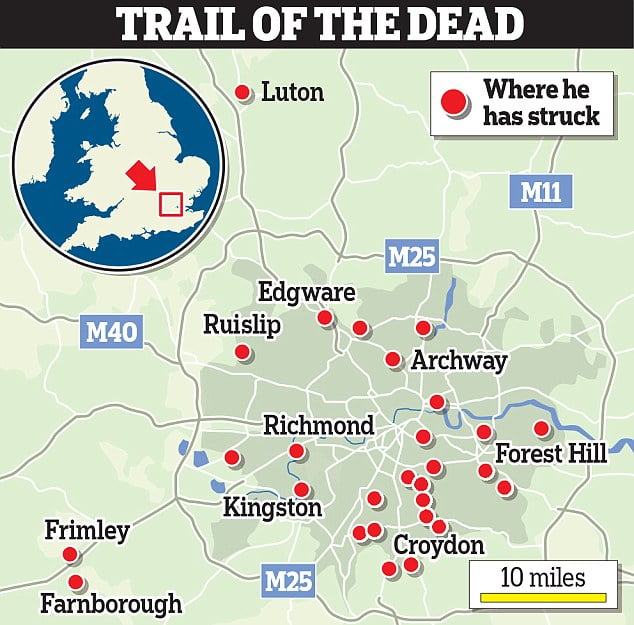 We know that sex and violence can be linked. Violence creates a high in some people and that can merge with a sexual high. But I don’t recall seeing such an overt link between violence against animals and sexual arousal being enacted.

It may be that the cats are just a convenient object against which violence can be expressed by this person. What I mean is that he or she has not chosen cats per se because he hates them or whatever, it is just that he wants to inflict violence against another sentient being and cats are the safest creatures (in terms of the law) because you can get away with it.

I can remember a couple of films where violence against a woman was followed by sex and the woman instigated it. I am in no way being sexist. It is just a characteristic of some people, male and female.

There does seem to be something inside the human which links sex and violence. In the case of violence against women it is probably linked to domination which is a turn on.

They also found that some neurones (nerve cells) were activated by both violence and sex. This shows a direct link between sex and violence it seems to me. 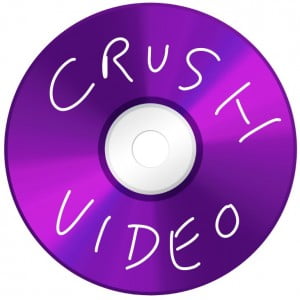 A visitor has reminded me of Crush Videos. A grotesque but perfect merging of violence against animals including cats and sex.