I am pleased to hear that continuing research into the rare Jaguar, the third largest wild cat, in Corcovado National Park in Costa Rica has turned up some excellent results and pictures….. 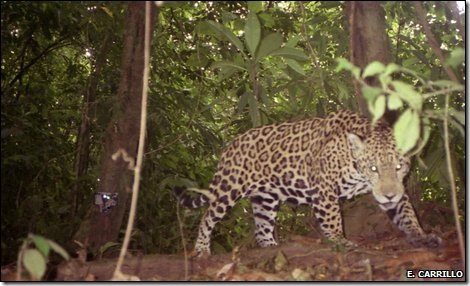 This photograph was taken automatically by the camera trap. It is the property of Eduardo Carrillo who worked with Joel Saenz of the National University in Heredia in Costa Rica and of Todd Fuller, University of Massachusetts, Amherst, US on the research. I have used it without permission because I cannot contact them. I am prepared to pay for its use and contribute to the research financially. 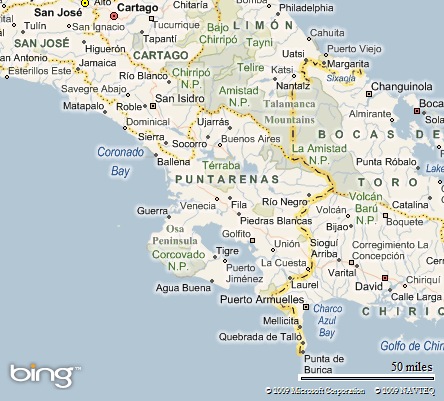 The park is “bottom left” on the map above.

Camera trapping (taking photographs automatically when the animal passes in front of the camera) started in 2003 on this project. It was found that the Jaguar: 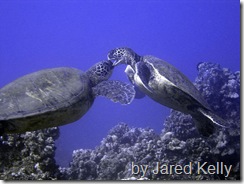 It was concluded that jaguars in the wild give birth every 22-24 months and that the offspring become independent after 18-24 months.

Clearly, it is important to know as much as possible about these particular matters as it goes to the root of concerns regarding the survival of this wild cat.

There are still a number of wild cats, particularly the small ones about which we known very little indeed. See:

Photo: published under a Attribution-NonCommercial-NoDerivs creative commons License  — this site is for charitable purposes in funding cat rescue.