The jaguarundi looks like a bit like a weasel or an otter at first glance. However, although this animal doesn’t look like a cat it definitely behaves like one. It has a long, low slung body. The hair strands are heavily ticked as in the Abyssinian purebred cat breed. Ticked hair is the hair of a tabby coat. The hair strands have banded pigment, black to yellow (see image below).

In many ways, the jaguarundi differs from other wildcats from South America. This is the only cat species in South America that has 38 chromosomes; the same as “old world cats”. The others have 36. 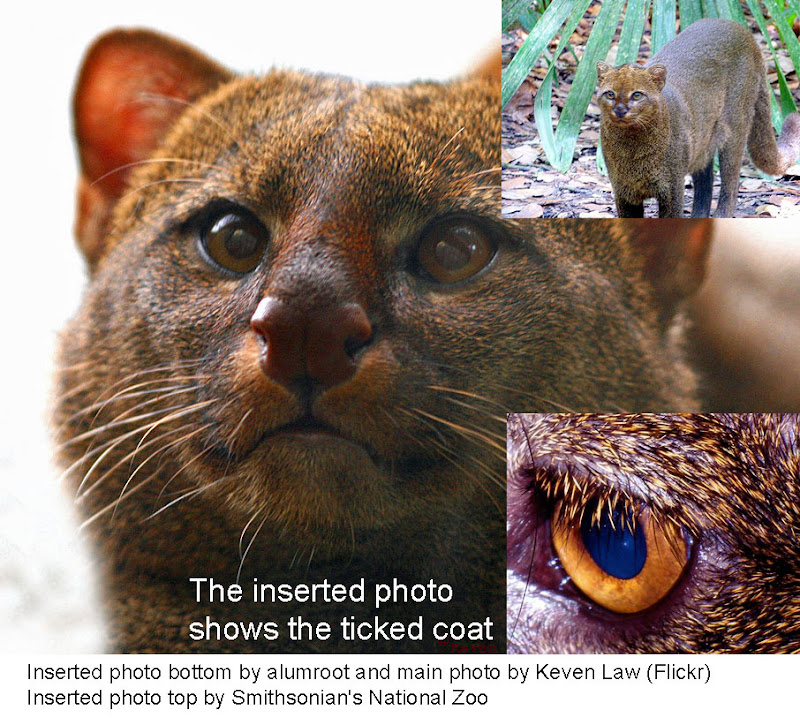 There was or is taxonomic confusion over how to classify this cat because of the 38 chromosomes and rather strange appearance. The legs are quite short. The body is slender and it has a relatively long, thick tail. It appears that this cat does not mark territory by urinating on vertical objects as is classically the case for cats. This is due to the short legs and long tail, perhaps.

The head is small. The ears are small, rounded and widely separated. There are no ocelli or white spots on the back of the ears, which is common amongst the wildcats.

Perhaps the most distinguishing feature is the almost complete lack of a pattern on the coat. There are faint markings on the face and belly.

There are “two main color phases”. These are an iron gray morph and a red-brown (tawny to olive brown or bright chestnut brown) morph (see below). Kittens of both colors can be born in the same litter. This cat weighs from about 3.5 to 7 kgs. 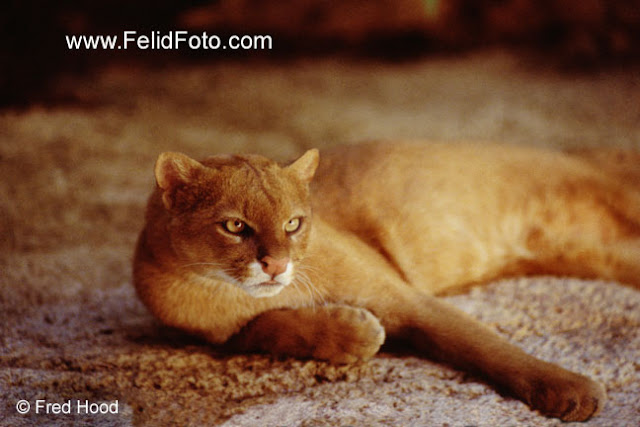 From Jaguarundi description to Jaguarudi.