Ronald McKnight admitted that he tortured and abused his companion animal, a four-month-old puppy named Daphne. He confessed to a felony charge. He broke her hind leg three times and threw her off the edge of a creek ravine to die. She was found and her damaged leg was amputated by a vet who has pleaded in a letter to the judge in this case to sentence McKnight under a felony rather than a misdemeanor as she is inclined to do. 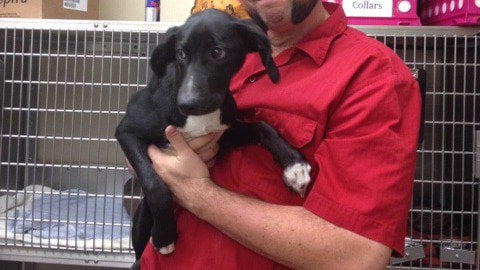 The judge, Julie Conger, has stated that she may reduce the charge to a misdemeanor on the basis that McKnight demonstrates his remorse by completing 300 hours of community service in animal shelters. If he does it she will sentence him lightly under a misdemeanor charge.

McKnight is not only a convicted animal abuser and torturer he is also a liar as after he had cruelly abandoned Daphne in the creek he claimed he had abandoned her at a shelter. He was only found out when Daphne’s case was presented to a class given by the County Veterinarian. The vet described the story of how Daphne had been thrown into a creek and had three fractures of her leg and that the leg was atrophied. Two students in the class recognised Daphne’s initial injury and surgically pinned leg (someone else, a kindly neighbor, had paid for this treatment). When Animal Control contacted McKnight he admitted he had abandoned her but still lied in saying he did it on a highway.

He is a serial liar and he is unrepentant despite the judges desire to see him repent and be remorseful. Before he was caught McKnight was in the process of adopting another dog from a shelter. In fact he had adopted the dog for two weeks but was forced to return him to the shelter once his activities had become known. How was he able to adopt another dog?

The veterinarian who has written to the judge, details McKnight’s cruel behavior towards his dog and states that he has shown a “complete lack of remorse”.

Here is the vet’s letter in full:

“The purpose of this letter is to convey my profound concern upon hearing that you may mitigate the charges against Mr. McKnight for the acts of abuse he inflicted upon his puppy Daphne. Mr. McKnight’s crimes are not a single act of abuse, but rather a prolonged pattern of neglect and cruelty. The details of the puppy Daphne’s repeated and remorseless abuse clearly constitute a Felony level crime:

The first time Mr. McKnight’s actions broke his puppy’s leg it was near the knee. After days of her being in pain, Mr. McKnight actually took Daphne to Banfield Veterinary Hospital. He elected, however, to go against veterinary advice and common decency, choosing to do nothing and ignore his dog’s suffering. It was only through the intervention of a compassionate neighbor, who spent a few thousand dollars of her own on the puppy’s behalf, that Daphne’s initial injury was repaired at Santa Rosa Veterinary Hospital.

Had Mr. McKnight provided basic, humane care during the post-surgery recovery, Daphne’s leg would have likely healed to a functional state. However, Mr. McKnight chose to subject the puppy to such poor conditions that he caused a second break at the tibial (shin) area of his dog’s leg. Apparently McKnight valued his dog so little that he defaulted even on his charges for the initial consultation at Banfield that ultimately had to be sent to collections by the clinic.

Around this time Mr. McKnight started lying to those who asked about Daphne. He later told both his neighbor who paid for Daphne’s surgery and the veterinary hospital that he had surrendered Daphne to a rescue group, but would never reveal any details. This lie clearly shows Mr. McKnight was acutely aware of the ethical action he should have taken. Daphne is a charismatic puppy and would have been welcomed by any shelter, rescue group or by McKnight’s neighbor. Instead, Mr. McKnight went out of his way to inflict further harm, driving to a cliffed creek bed and throwing the puppy into it where she would presumably starve to death. At or around the time of this action Daphne was subjected to a third break to her leg near the hip.

When Daphne was eventually rescued, she was in an emaciated condition. She had lost several pounds at a time when a puppy of her age should be rapidly gaining in weight. A fetid, creek soaked bandage and non-functional splint was present causing greater pain and instability at some of her multiple fracture sites as well as dermatitis and skin infection. Her fractured leg was now profoundly atrophied, completely non-functional and painful. Due to her injuries her leg had to be amputated. While she has an adequate quality of life with three legs, her lifespan will likely be years shorter as the greater wear on her one remaining hip will most likely be her life-limiting factor.

There is one additional action that clearly demonstrates Mr. McKnight’s complete lack of remorse or basic regard for the dog whose bones his actions broke three times and then abandoned to die. Within a week of abandoning Daphne, Mr. McKnight traveled to Countryside Kennels and acquired a new puppy. There are undoubtedly dozens of additional details of cruelty and neglect that only Mr. McKnight and Daphne know. Mr. McKnight is extremely likely to have continued to subject this dog, and subsequent animals, to the same level of neglect and poor treatment.

This summary of events is explicitly confirmed by the medical records of the three clinics that cared for Daphne and the details of her breaks and callouses on her x-rays. Mr. McKnight admitted to abandoning his puppy and confirmed his actions with the No Contest plea. As a veterinarian for Sonoma County Animal Services, I am sadly presented with animals that have been abused or criminally neglected on a regular, sometimes daily, frequency. What makes this case remarkable is not the cruelty, pain, and suffering that Daphne was subjected to, but the fact that we are able to confidently confirm details of Mr. McKnight’s repeated criminal actions both through medical records and his own admission. These actions clearly warrant serious consequences. Please put a halt to Mr. McKnight’s pattern of animal abuse and send a clear message to others that animal abuse is not acceptable. Mr. McKnight’s actions rise to the level of a Felony crime, and so should his sentence.”

“let Judge Conger and our community know that Animal Abuse needs to be treated seriously by upholding a Felony level sentence for Ronald McKnight.”

Indeed animal abuse needs to be taken seriously. This has been stated time and time again by sensible, caring citizens. It is common sense. We know that animal abuse is often a precursor to people abuse. Trying to rehabilitate a criminal is laudable but it is unlikely to be achieved in McKnight’s case and the citizens of America, in general, want to see animal abuse dealt with properly with the application of real deterrents through stiff sentences.

McKnight should also be banned from keeping any companion for life. That stipulation must be included in the sentence in my view. He is not fit to be with animals. 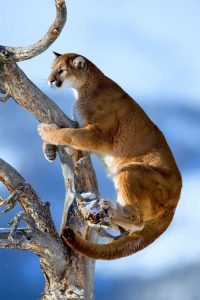 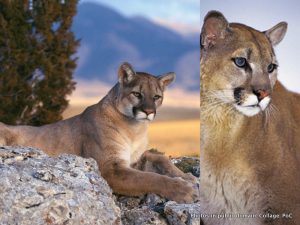 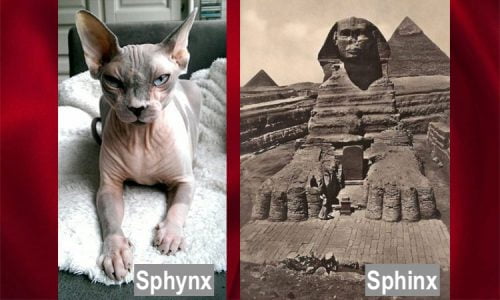 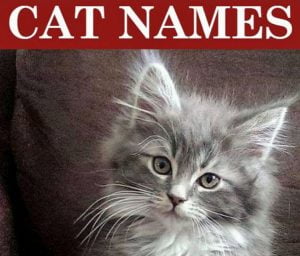 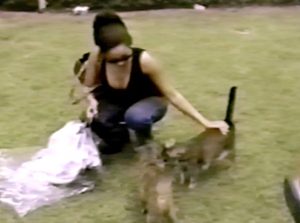 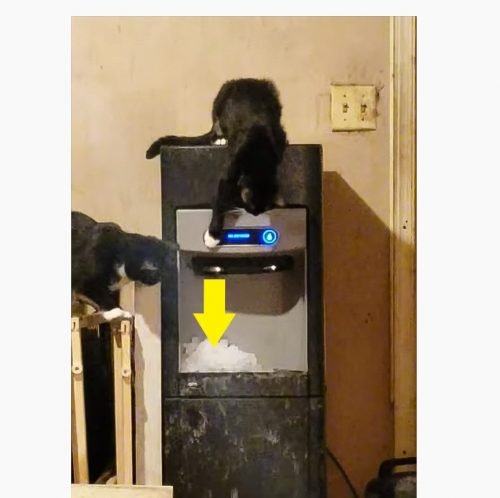 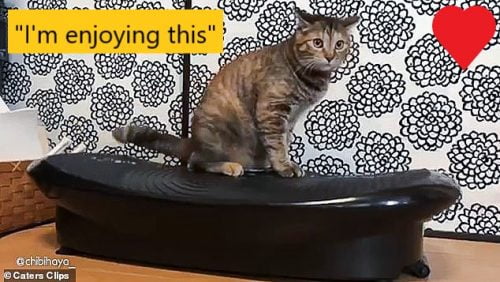 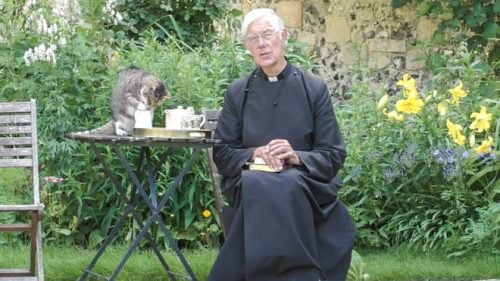 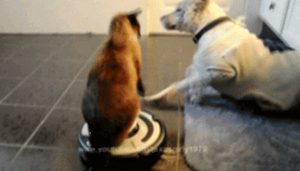 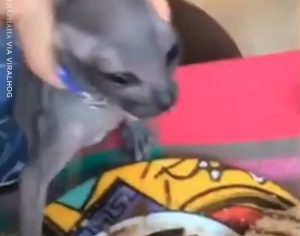 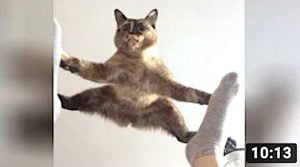 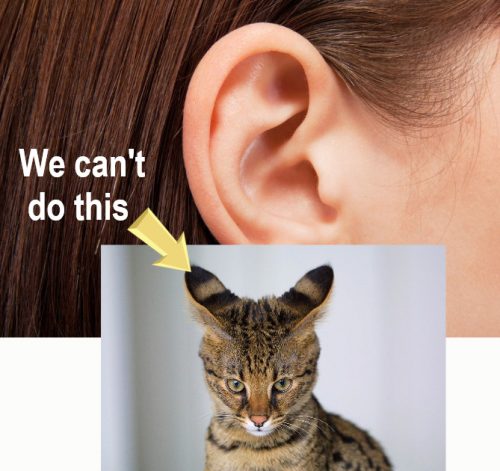 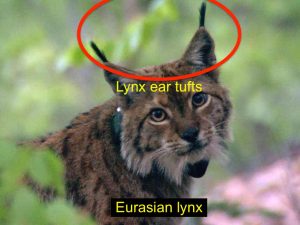 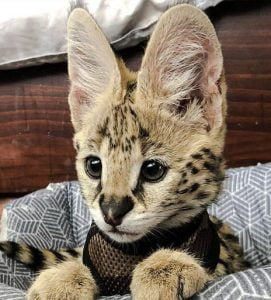