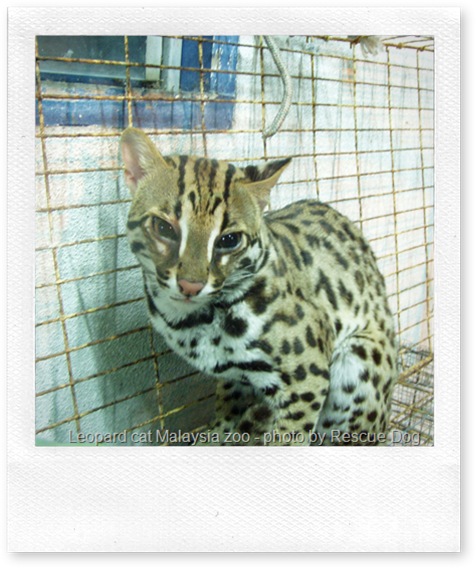 This leopard cat range (distribution) is set out in the embedded map below, which I made using Google My Maps. The map can be moved around by holding down left click while moving the mouse and also zoomed in and out using the buttons. The blue flags can be clicked for information. My map is:

The leopard cat is also called the Asian leopard cat. It is worth noting that this cat’s distribution according to Wild Cats Of The World (Sunquists) has been eroded by human activity over the last 7 years since publication of the book. However, the range is not substantially reduced which is surprising.

The leopard cat has the largest range of the small Asian wild cats. It occupies forests in countries/places that include (at 2002 according to Sunquists):

The leopard cat range may include Macao. 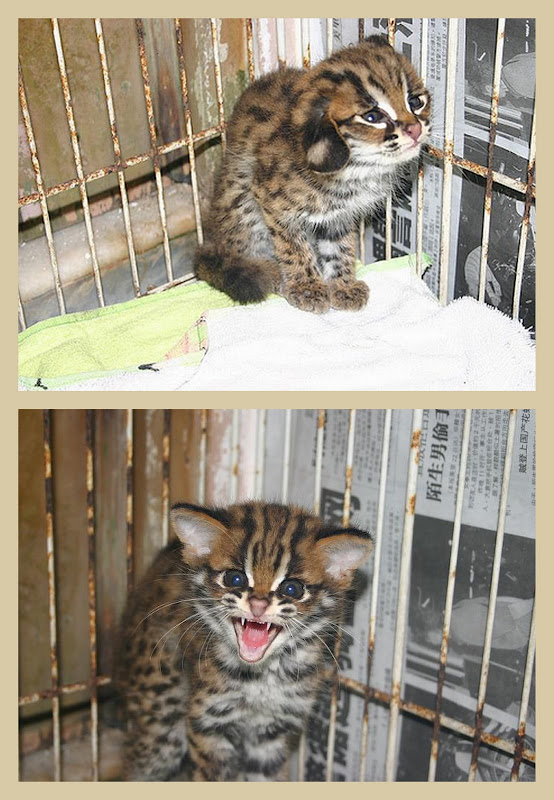 This is a frightened Asian leopard kitten – notice the flattened ears followed by a hiss. Nice pic but I get upset when I see this.

So what is it like, on the ground so to speak, within this wide range? The leopard cat range extends from 1000 metres above sea level to 3,000 metres (limited to areas where snow settles to a depth of less than 10 centimetres). It has adapted to living on farmland, plantations, settlements and coastal islands. It appears that they have swum out to islands to colonise them proving their excellent swimming abilities. This cat likes forest cover both for protection and prey. Prey is more likely to be in areas where there is water and forests. They dislike arid regions and where there is a lack of cover.

Its secretive nature has aided survival and it is difficult to spot in dense cover. Living in forests has resulted in an athletic ability to climb and they can hunt rodents 3 to 4 meters off the ground with ease and confidence. They rest in trees and also on the ground in dense ground cover. Despite its climbing skills, the leopard cat is described as “terrestrial” by the Red List people.