I have a serious question for all of my readers. Do you meat eaters out there care where the meat you consume comes from? This article concerns those living in the United States, but is probably also a world wide concern.

In the United States, the USDA is a government organization whose purpose it is to randomly inspect the meat supply to ensure its safety. This is not a criticism of the job they do. Merely pointing out they’re the one’s who strive to protect the American public from bad meat.

I have one more question before I jump into my subject for the day. Is there any certain animal you would absolutely refuse to eat? American’s have a large variety of wild and farm raised game and domestic meat available. Duck, rabbit, deer, quail, chicken, pork, veal, lamb and beef to name a few. Now we can add “cat” to the list. Not available everywhere, thankfully. Today I want to focus on a new menu item in Mesa, Arizona. Lion Burgers. For $21, the diner will receive a lion burger (lion mixed with ground beef), spicy fries and corn on the cob. 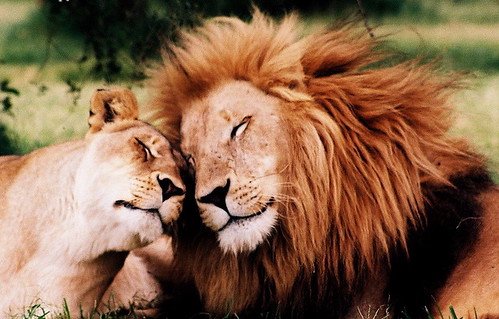 This meal was the brainchild of Cameron Selogie, owner of il Vanaio restaurant in Mesa, Arizona. The restaurant is well known in the area as an American Wine bistro famous for American, Italian and Greek dishes. World Cup fans can celebrate with an African meal. Lion burgers.

Owner Selogie thought it would be a great promotional idea to celebrate the World Cup in Africa by offering his patrols “lion burgers.” He advertised this in a private newsletter to his regular patrons. He apparently didn’t realize one of his patrons is an animal rights activist. As we read this, Selogie is serving ice water to animal rights activists who are picketing this issue in front of his restaurant. So far his business has received a bomb threat and many threatening letters. The lion burgers are being offered on June 23rd and June 24th as part of the menu.

His side of the story is that he’s not doing anything wrong. Lions are a threatened species but are by no means endangered. His defense is since Africans eat lions, why not offer them in America. Perhaps his mama never taught him that two wrongs don’t make a right.

He also defends the quality of the lion meet, stating the meat comes from a free range lion farm in Illinois. He has also ensured the public that the USDA has inspected the meat for safety before it ever reaches his processing plant.

The first concern (besides the fact eating lion meat is just gross for us cat lovers to comprehend), is the USDA doesn’t inspect lions bred for meat. That falls into the jurisdiction of the Food and Drug Administration(FDA).FDA spokesman Michael Herndon confirmed in an email that lions are only considered “threatened” and not “endangered” and therefore legal to sell and consume. So who REALLY inspected the meat and where did it come from.

Selogie purchased the meat from Gourmet Imports Wild Game owned by Rick Worrilow out of Phoenix, Arizona. Worrilow claims the meat came from a free range farm in Illinois. He didn’t know the name of the farm, but assured the public that the lion meat is government inspected and totally safe for consumers.

This “free range” game meat was quickly traced back to coming from Czimer’s Game and Sea Foods in Chicago, Illinois. As it turns out this is a butcher shop in Chicago. Richard Czimer purchases him meat from an unidentified source who purchases and skins lions. He doesn’t want to name his source as this source offers products (cat meat) that he can sell to other dealers at a huge profit. Lion ribs start at $10 a pound. The meat is just a by product.

When checking into Czimer’s background it was discovered he served jail time in 2003 for selling meat from legally protected tigers and leopards.

His website is located here. http://www.czimers.com/. He also offers delicacies such as camel cutlets and llama legs. I think it’s sad that Czimer’s business has existed for 93 years and he has lowered himself to selling lion meat. It seems to me the family business has been influenced by greed and the love of the almighty dollar.

I hope my readers find this as sick and repulsive as I do. It unthinkable for me to imagine eating lion meat (lions, tigers and lynx all belong to the cat family) with all varieties of meat constantly being recalled in the United States for one safety violation or another. Since there is so much secrecy in the sources for where the meat really comes from and how it is inspected, I’d be very afraid of food poisoning.

This is a disturbing story but one I felt must be told. It has made worldwide press in the past 24 hours. I had to research several sources to put all of the puzzle pieces together to form the who, what, when where and how. I’ve done my job and informed my readers of this.

The only question I haven’t answered in my own mind is this. WHY would anyone WANT to eat a cat?