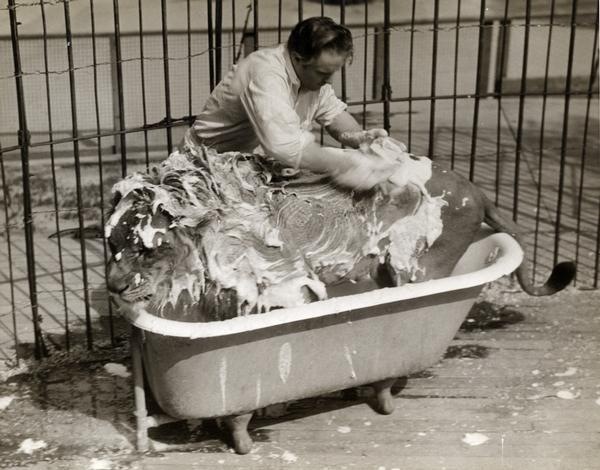 This very welcome move by the government appears to have been at least partly motivated by the well-known abusive treatment of Britain’s last circus elephant, Anne, who was secretly filmed being kicked, hidden stabbed by her carer as she stood trained in a barn in 2011.

There are, in fact, 24 species of wild animal used in circuses in the UK at present.

Animal welfare groups, and people like myself and other PoC regulars would agree that:

“The complex physical, behavioural and psychological needs of wild animals cannot be met in a circus environment.”

Peter Jolly’s Circus is one of those license to use tigers and lions in its shows.

“Tigers, lions, elephants and camels simply cannot live a good life when their home is the back of a lorry and their sole purpose in life is to perform degrading tricks to circus audiences.”

The introduction of this bill in the next Parliament follows a 2011 rebellion which included Conservative MPs. A cross-party coalition of MPs defied the government backed a ban.

Should the bill become a working statute then the RSPCA and the Born Free Foundation will be involved in re-homing the freed circus animals.

I hope that all visitors to the site will agree that this is a wonderful step in the right direction. Some might argue that it has been a long time coming. Better late than never. The days of the circus animal are over and have been for sometime.

It is is patently cruel to use, indeed to commercialise, wild animals in this inhumane way for the entertainment of people.

It is perhaps interesting to note that while circus animals are being phased out in the UK, it appears to me that there has been a gradual increase in the commercialisation of the domestic cat in the USA.

We know that the domestic cat can be a vehicle to make money. The domestic cat is really a commercial asset to some people and organisations. The modern phenomenon of “celebrity cats” is what I’m talking about and personally I find it disturbing because celebrity cats are all about people; people who want to make money and people want to be entertained. The cat is a vehicle in that process. It almost mirrors what happens to circus animals when you think about it. We find it difficult to stop using animals for our own ends.