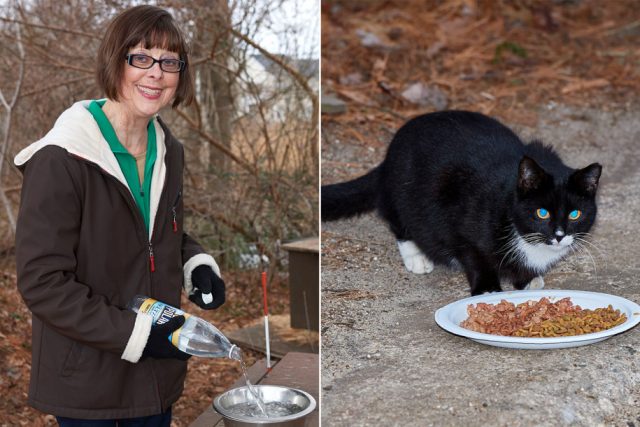 Maryann Hamilton and one of the seven cats. Photo: Edmund J Coppa.

In a brief report by the New York Post, we are told that a lady, who I presume is a resident at the Long Island housing cooperative and who feeds seven cats every morning and has done for the past seven years, received a letter from the co-op’s lawyer demanding that she remove the cats. We are told that she’s been asked to remove them “from behind a fence at the Birchwood on the Green development in Oakdale”.

This is a very pleasant looking housing development: 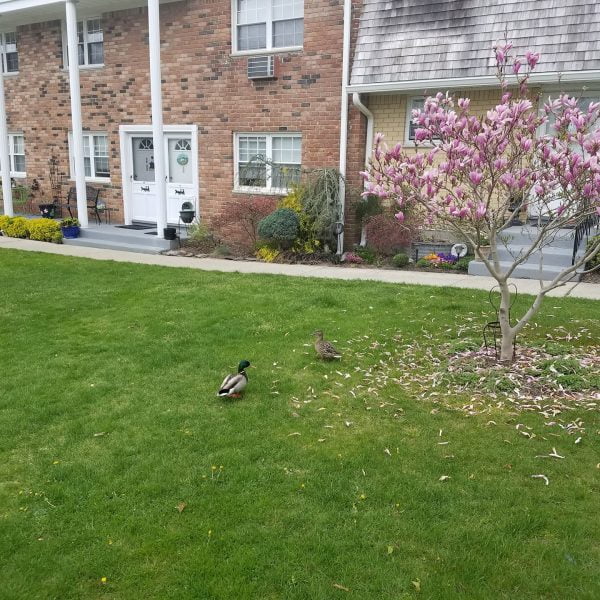 This implies that the cats were living behind a fence at the housing cooperative. A lawyer for the Long Island co-op complex told Maryann Hamilton, a retired teacher, to get rid of the cats by the 25th April. Beyond that date a gate in the fence will be locked. The intention is to stop individuals who are not employed by the cooperative housing corporation accessing the area which I presume is within the common parts and grounds of the cooperative housing complex.

Maryann says that a former employee of the co-op, in fact a former superintendent, sheltered and provided feeding stations for the cats in the woods. Therefore they have a home at the complex. The cats names are: Jingles, Cookie, Shadow, Gigi, Bold, Raccoony and George. The cats have a relationship with Hamilton and have been there for a while.

In an interesting development, Hamilton’s lawyer, Karen Copeland, noted that New York state animal welfare law, “prohibits depriving an animal of sustenance.”. To be in breach of this law is a misdemeanour. At the time of dictating this, the co-op Board President, Jane Sheridan, had not yet responded to a request to comment on the developments.

Maryann is active on the Birchwood on the Green development in Oakdale FB page. In this post she asks for assistance on returning a cat to their owner:

Found cat with a buckled collar about 2 weeks ago ~ Oakdale. Please share. Wants to go home… 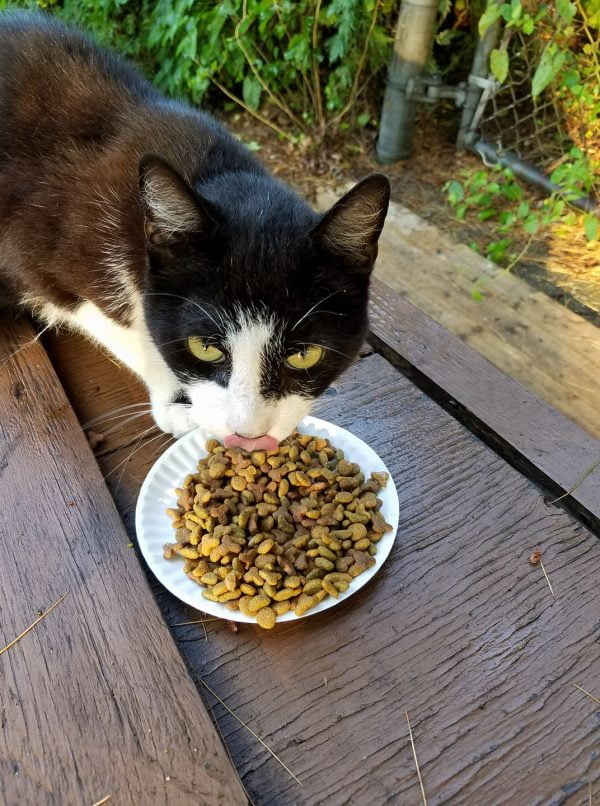 Cat at Birchwood on the Green development in Oakdale. Photo: Maryann Hamilton (presumed).