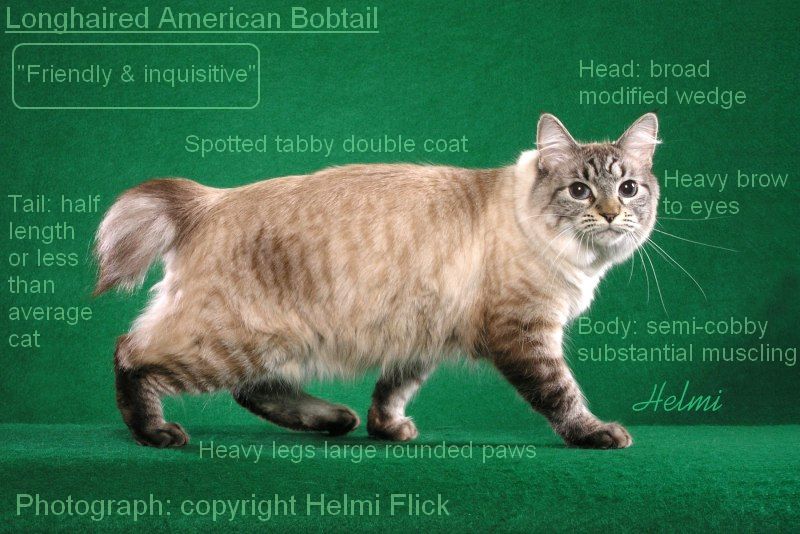 In contrast to the Manx, were only no tail or a lump or dimple is allowed at show quality, the American Bobtail must have a tail that is short and which “stops just above the level of the hocks”1. (Hock: the joint between the tarsal bones and tibia of a digitigrade – cat skeleton)

All colours and patterns including sepia, pointed and mink are allowed. This is only a slightly above average weight cat despite the heavy set body conformation. Maine Coons for example are quite a lot larger.

On an activity scale of 1 – 10 the American Bobtail rates, on average, about 7.5, hence the level of inquisitiveness stated in the photo above. They are supposedly very friendly and child tolerant. But children should be taught how to handle a domestic cat.

1. Encyclopedia Of The Cat by Dr Bruce Fogle. 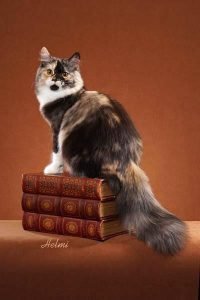 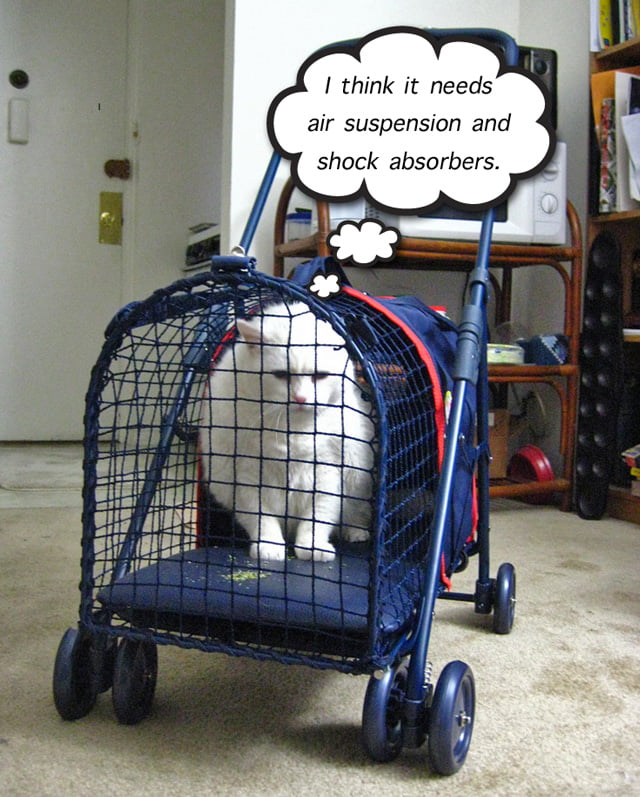