The lynx food chain in described below. Before you read that you should know that there are four subspecies of lynx cat:

All these prey items eat a variety of plant material to survive. On that basis the food chain for the the Canada lynx subspecies is set out in the montage image below. You just have to substitute snowshoe hare for the other prey items listed above. 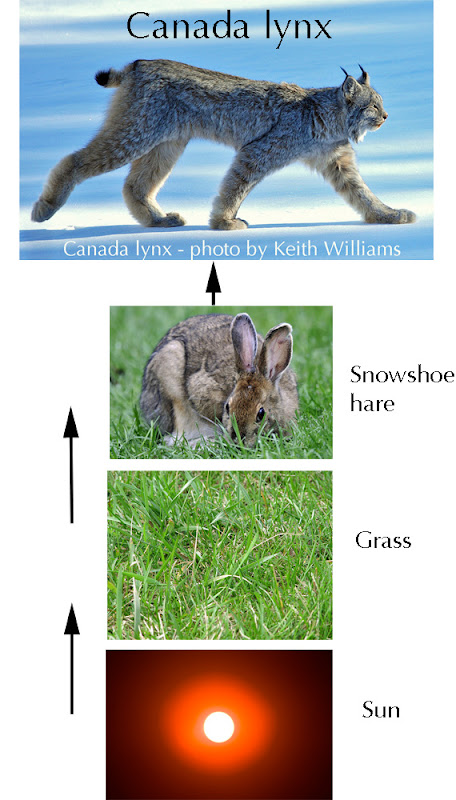 A food chain, as the image above shows, is a linear process that starts with the sun. Grass converts the light from the sun into starch through the process of photosynthesis. The grass is therefore a producer of energy. The grass is eaten by the snowshoe hare. The hare is one of a group species in the Canada lynx food chain that occupies an intermediate position in the chain. The prey of the lynx is variable as mentioned above. There is then another transfer of energy from the hare to the lynx. The lynx is at the top of this chain and is therefore not eaten by another organism. The grass is at the bottom of the chain and does not eat any other species as it is a producer.

Reference: Wild Cats Of The World for prey items.