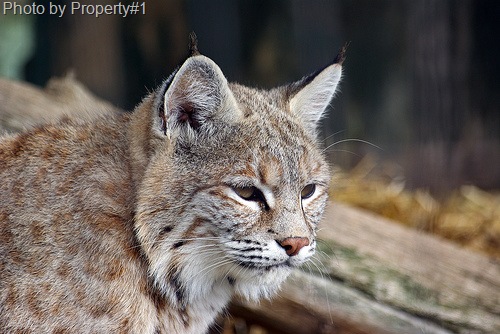 The lynx is one of the most beautiful cats.  We should know as it is ‘harvested‘ annually, year-on-year, for its coat in North America (including the bobcat, a subspecies of lynx). I won’t delve into that today but say that plans are afoot to rewild three forests in Britain with the lynx which was made extinct some 1,300 years ago on these islands.

There are two schools of thought about this. One the one hand there is the argument that the presence of the lynx is good for tourism and for helping to control deer populations. There are more than one million deer in the UK. The muntjac deer (from Asia) can have a severe impact on ground nesting birds. Controlling deer naturally makes sense over expensive control programmes.

One the other hand the farmers will no doubt complain about loss of livestock, such as sheep, through lynx predation. They need not worry because the financial burden to them is very slight because this sort of lynx predation is rare based on areas in Poland and Romania, and in any case there will be a compensation scheme. The businesses who run pheasant shoots and the like may complain as well but overall there are real financial benefits. Financial gain is the world’s best motivator.

The estates where they are to be released are unfenced. They are in Norfolk, Cumbria and Aberdeenshire. The Lynx UK Trust is seeking public reaction to the idea before applying formally to Natural England and Scottish Heritage. These are the government agencies in charge of rewilding.

Under the plan, 4-6 lynx wearing radio tracking collars would be released at each of the three sites. There are four subspecies of lynx and they vary in size. The Eurasian lynx is the largest at up to about 66 pounds and I’ll presume it is this species which would be released into these forests. They are about 27 inches tall and 30-50 inches long. The size of a decent-sized dog.

“Lynx will have an extremely beneficial effect on our forest ecosystems, both directly and as ambassadors for wider conservation projects. I also believe we should try and reintroduce an animal that humans made extinct here.”

“There is compelling evidence from elsewhere that carnivore reintroductions can benefit both ecosystems and the economy.”

May it happen, I say. I think it is an excellent idea. I’d be one of the tourists.