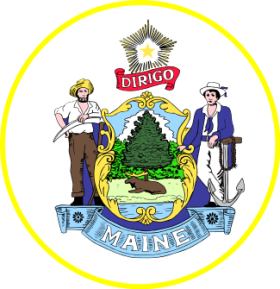 Maine Coon Cat History is awash with a number of fantastic stories. The fantastic doesn’t just apply to the Maine Coon cat, however. A lot of the history of purebred cats is a little woolly, unless the cat was man made (a hybrid). OK, what’s on record as the origin of this very popular cat breed?

I am not going to go over the well worn story of the mating of a raccoon and a domestic cat. No..well, perhaps just a bit. This story was still being bandied around as a truth as late as the 1970s in a book called “The Cat and Man” by G. Gilkes.

He says, “In the Northeast, it is thought to have been bred from a raccoon because the cat’s front claws are divided like a raccoon’s”. I wonder what he meant by the claws being “divided”? The phrase “been bred” also indicates a deliberate breeding, to me. Here is a picture of a raccoon’s paws. 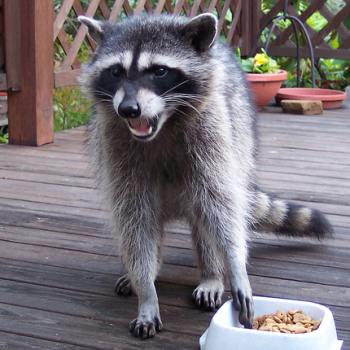 So, the author must be referring to a Maine Coon’s claws (toes) as being long and distinct, a bit like the toes of a Sphynx cat, in fact. This may have come about because the Maine Coon is a long, large cat and the paws will by necessity be longer as a result. Marilis Hornidge in her book, “That Yankee Cat”, simply declares that the Maine Coon’s front claws aren’t divided.

I am not sure that that is a true comment as all cats’ claws are divided meaning separated. Some are longer than others and appear more obviously divided therefore. Anyway swiftly moving on. We know the story of the Raccoon to be fantasy and impractical, indeed impossible biologically and therefore can be removed from Maine Coon cat history except for curiosity value. Of course, the name “Coon” doesn’t help.

Where does this part of the name come from? “Maine” is obvious to all but the most unknowledgeable as it is a famous State in the United States; part of New England. Unless someone can correct me, this may come from a certain Captain Charles Coon (is this name just too convenient?). He was a ships captain. His ship had lots of long haired cats on board as mousers. Ships cats were and still are common. He apparently had a particularly large number on board. He must have hated rodents and/or loved cats; one of the first cat fanciers, I expect. Apparently he loved the Persians (long haired) and Angoras (also long haired). 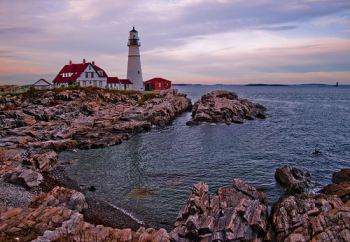 Above: Portland Head Light, Maine — photo by icemomo under a creative commons license

This is a very evocative picture. It is the kind of image of Maine that I have in my head and I can see the good Capt. sailing around these waters with his cats. When Capt. Charles Coon docked at the Maine ports, his cats disembarked with him and being typical sailors they sought some entertainment. Also being unneutered cats, as they all were in those long lost days, plenty of fruitful entertainment was no doubt speedily found, the result of which was the forebears of the Maine Coon cat today; or so another legend goes.

At least this time there is some truth in it as there was a person named Captain Charles Coon. His story was passed down, by word of mouth, in the area of Biddeford Pool, Maine. His name gives this story veracity, I think, as people of that time would, apparently, remark that the kitten offspring of his cats were “Coon’s cats”. Then there is another reasonably plausible theory about accidental matings between the American bobcat and the domestic cat. At least this is biologically possible and indeed recorded but not in relation to Maine Coon cat history (see American Bobcat hybrids).

There are a number of people who support this proposition, apparently. The kind of cat produced by such a mating is sturdy and stocky with a lot of fur and there are those tufted ears too. Tufted ears are a particularly outstanding feature of the Maine Coon cat. Also the American Bobcat was and still is found in Northeastern America. Perhaps the Bobcat played a role; we’ll never know.

We’re not done yet. There are more legends and myths intertwined into the reality of Maine Coon cat history. And this involves another ships captain. I guess it would be as the State of Maine has a coast and we are talking about the time when settlers from Europe arrived from the old world to start a new life. This captain was named Capt. Samuel Clough of Wiscasset, Maine.

The idea was that Capt. Clough would save Marie Antoinette, the then Queen of France (see lived from November 1755 – 16 October 1793) from the revolutionaries of the French Revolution by bringing her to America. He seems to have brought her personal belongings and her long haired cats but not the Queen. Perhaps he realized at some point (having stowed the Queen’s chattels) that he wouldn’t get paid so cleared off quickly in fear of his own life.

This has a sense of reality about it and may well be true. Anyway, he got to America, stored the furniture etc. and the cats did their usual stuff, procreating little original Maine Coon cats, the ancestors of the majestic Maine Coon today. This is a little more real in general than the other legends. Of course, it could be the case that the wildcat of North America had become domesticated with Native Americans. Why not? However, there is no evidence that the Native American’s kept cats even in a semi-feral way. Except this little snippet: a french cat called a the French Domestic (a long haired Russian cat) was apparently traded with the Native Americans by French explorers; the Native Americans supposedly finding them useful as mousers.

The answer probably lies somewhere amongst the myriad of legends but evolution played its role, a major role to produce the Maine Coon cat. To nature we must add man and the development of the breed from the mid 1900s to produce a cat as fantastic as Miss Kate, a champion show cat and one I love. 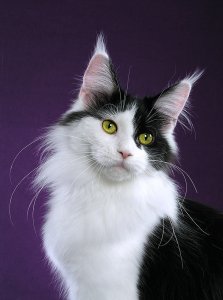 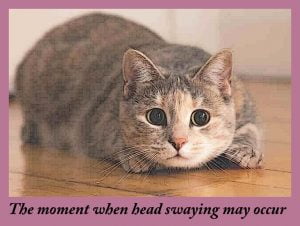 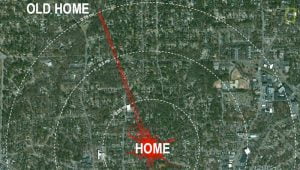 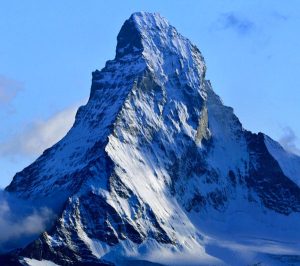 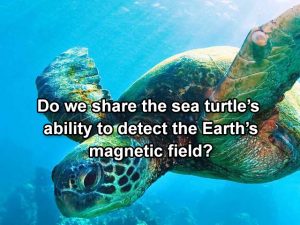 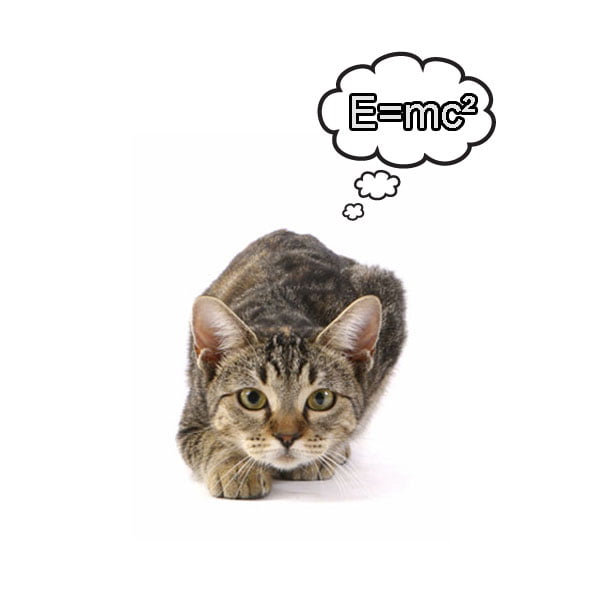 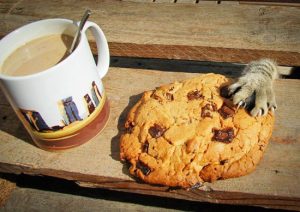 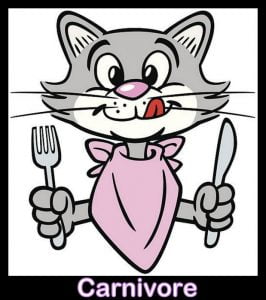 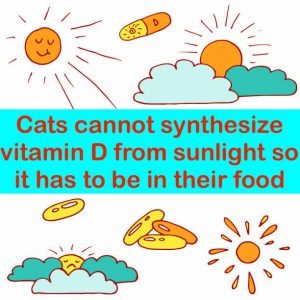 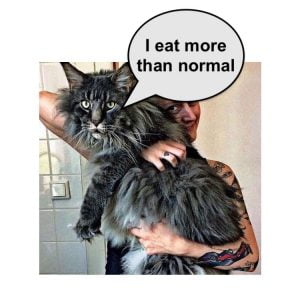 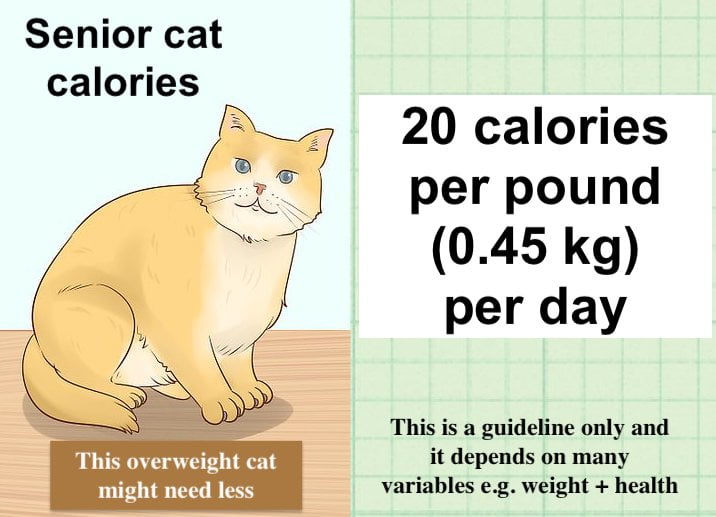 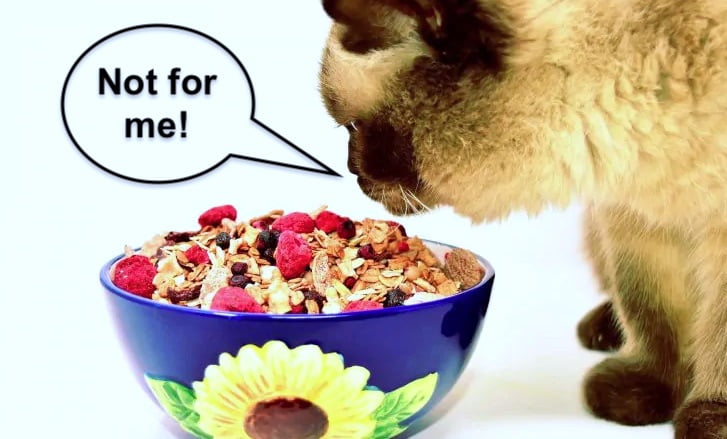 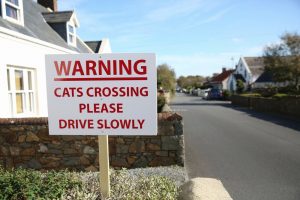 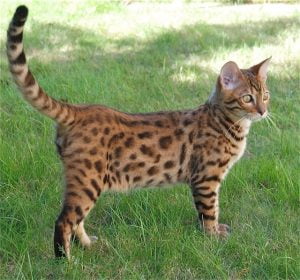 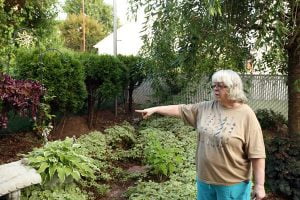 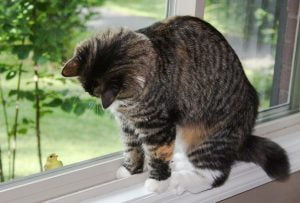 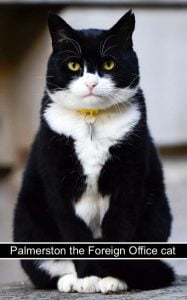