Almost 11,000 sport hunters in Malta, in the Mediterranean, shoot millions of migrating birds annually. The birds are flying north from Africa on their way to the United Kingdom. Birdlife International, which is an umbrella group for many national conservation organizations, states that four million birds are shot to death each year on Malta. The birds include: three million finches, half a million swallows and martins, and eight hundred thousand golden Orioles. 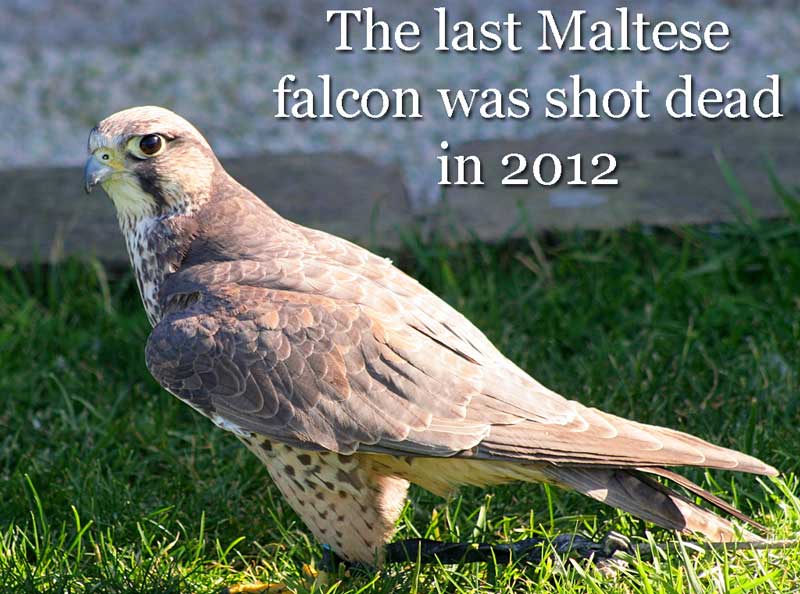 The official position is that the almost 11,000 registered Maltese hunters are allowed to shoot quail and turtledoves but it appears that, in truth, anything that flies gets shot.

It appears that enforcement is all but non-existent despite the fact that Malta’s Parliamentary Secretary for animal rights says that Malta has some of the harshest penalties for illegal shooting and taking of wild birds in the European Union. He quotes a case of a fine of ten thousand euros for shooting a protected bird. He says that this is a fine which is higher than in the UK. What he fails to mention is how many people are caught and fined. One successful prosecution does not equate to effective enforcement.

The Maltese sport hunters are officially allowed to shoot eleven thousand turtledoves and five thousand quail. However there are almost 11,000 shooters so the numbers simply do not add up.

Apparently, a British bird enthusiast, Gavin Bennett, states that regulation has not worked and he cited the example of walking into a Maltese wood in 2011 and locating the carcasses of more than two hundred illegally shot birds. It would seem that it was quite easy to find these birds.

The Maltese shooters protect their sport hunting with passion and with bullets, it seems. Previous attempts by animal rights campaigners to keep an eye on the sport hunting of migrating birds has resulted in their cars being shot up and cameramen attacked. They are quite a violent lot, aren’t they?

Why is it relevant to cats? Well, the answer is fairly obvious really. The domestic, stray and feral cat is frequently maligned as a mass native bird killer in Western and developed countries. The figures are huge and inflated. But no matter, because anyway cat haters and bird conservationists can attack the domestic cat they will do it.

The truth is once again that the Maltese sport hunting shooters of migrating birds are yet another example of how humankind is the biggest killer of birds and it does not have to be deliberate as is the case with sport hunting. The deliberate nature of shooting birds for pleasure is unappetising but there are many other indirect ways, through which, people kill birds or prevent them from being born. We need to always remind ourselves of that and in tackling declining bird populations we need to address ourselves and our behaviour first and foremost.