A useful and interesting study has been conducted on the medical conditions that hoarded cats suffer from. It is published online on the Sage Journals website. In this study, the hoarded cats were relinquished to the Toronto Humane Society. Also, the researchers provide information about the length of stay at shelters and adoption rates of hoarded and non-hoarded cats. In all, 371 hoarded cats from 14 different sources (groups) were included in the study. 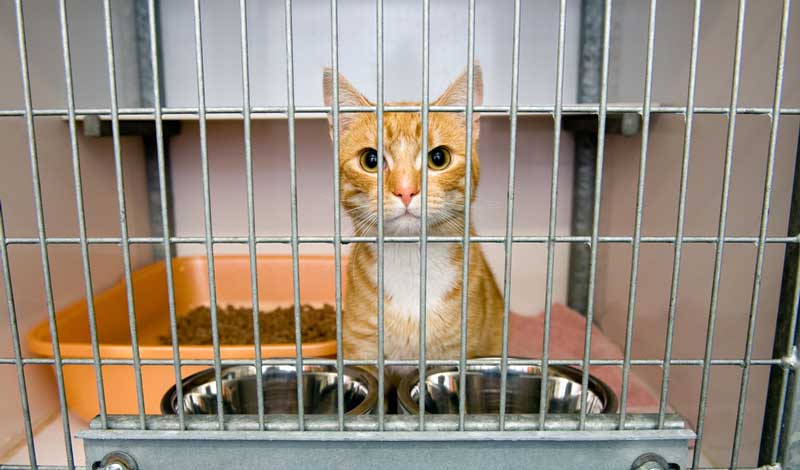 Cat in shelter. Picture in public domain. THIS IS NOT ONE OF THE CATS IN THE STUDY

Cats’ profiles and mechanics of relinquishment

The number of cats from each source ranged from 10 to 77. The average number of cats in one place was 26.5 (the mean). Eleven out of the 14 groups were relinquished to shelters via intermediaries such as community rescue groups, shelter volunteers and in one case a shelter staff member. Sixty-eight percent (253 cats) were brought to shelters by the intermediaries alone while 18% were surrendered by the hoarder with help from an intermediary. 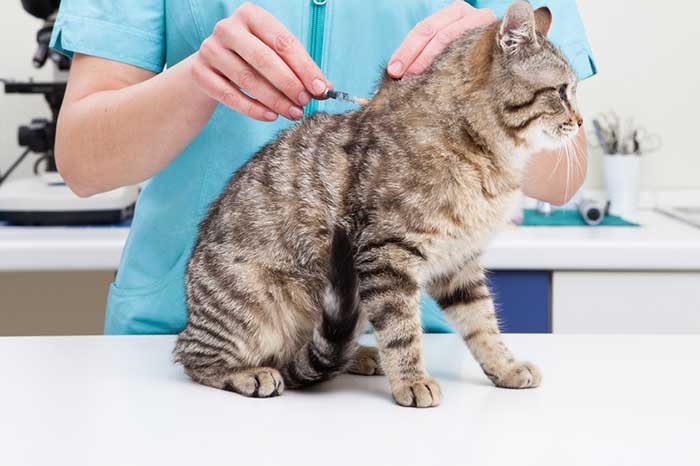 Cat checked for health. THIS IS NOT ONE OF THE CATS IN THE STUDY. Photo: Shutterstock.

As mentioned there were 14 groups of cats. The following diseases were present as set against the number of groups:

5% were FIV positive and 1% was FeLV positive.

Thirty percent of the cats suffered from skin lesions. Of these 40% (112) had inflammation, 27% had alopecia and 35% had injuries or wounds. Cat fleas or flea dirt was recorded in 22% of the cats overall and in one group it was at 100% while in two other groups fleas were present in 71% and 21% of cats. Of cats with fleas 38% had skin lesions. Overall 29% of cats suffer from diseases of the ear with ear mites being present in 88% and non-parasitic otitis in 12%. 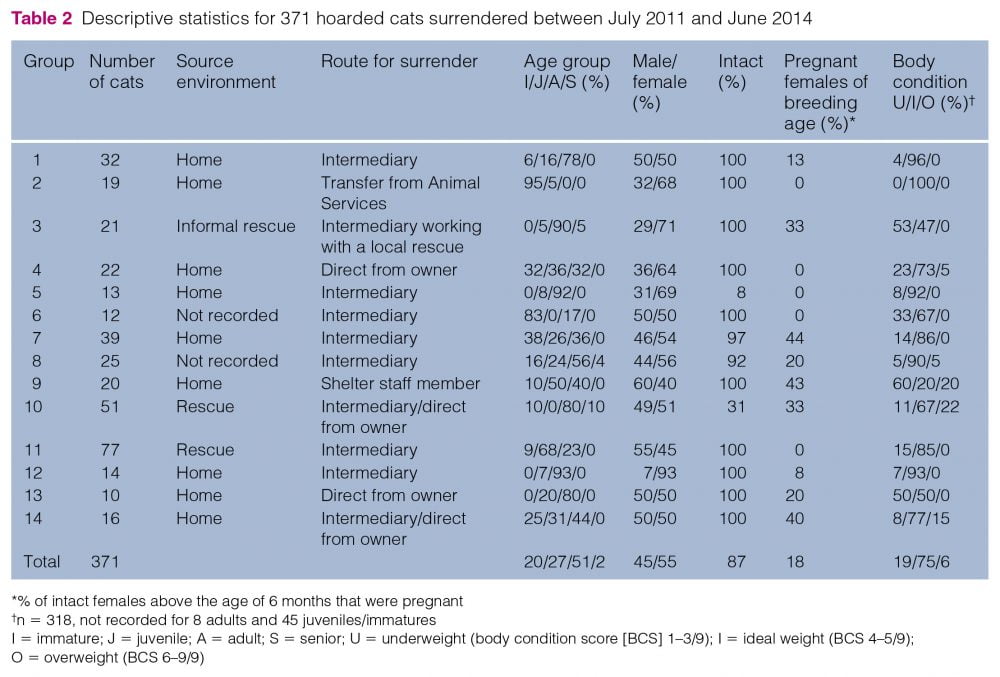 Eighty-four percent had no disease of the mouth or they had mild gingivitis at 14% of the cats. This was moderate to severe gingivitis. Eight of the cats (2%) had stomatitis. Seventy of the cats (19%) required extractions or dental cleaning.

5% of the cats suffered from heart murmurs. These cats were examined by listening to sounds from the heart normally with a stethoscope.

Adoption and euthanasia rates and end of state rescue centres were similar for hoarded and non-hoarded cats. This may be due to the fact that many of the hoarded cats are young and adoptable due to uncontrolled breeding. 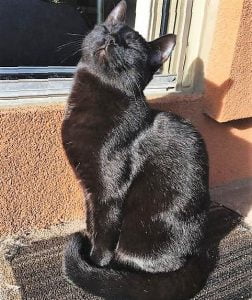 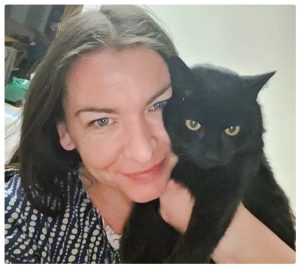 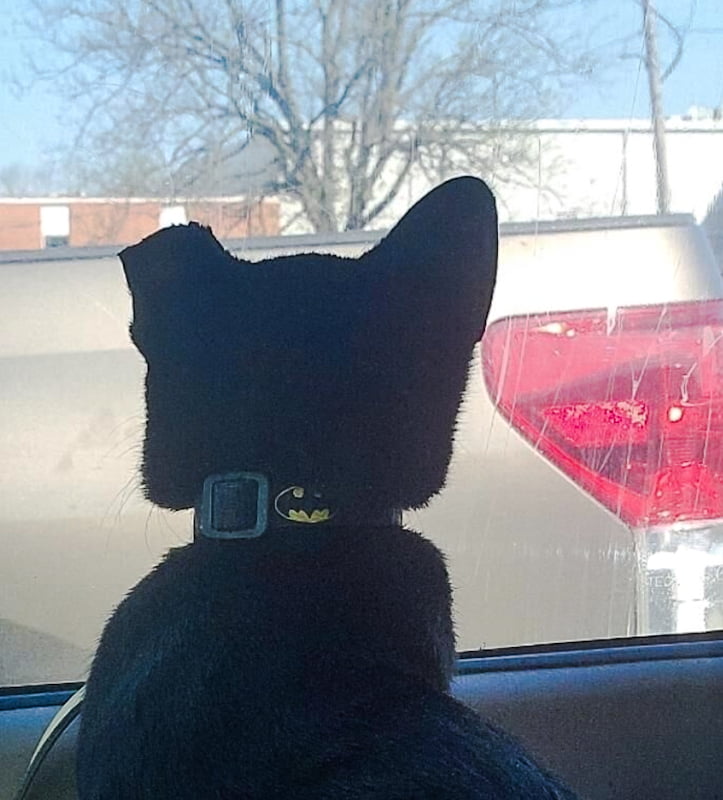 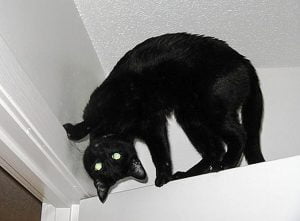 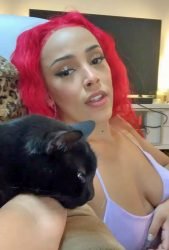