Jo sent me some more pictures of her feral cat colony.. They are impressive looking cats, particularly the one in the center of the frame in the photo below. Jo say this..

“This little fellow below – or really I should say huge fellow! is one on our main site. He was very timid at first but over quite a long period of time he decided to give himself up for some love and fuss. He has been neutered and allows me to put a Stronghold pipette on him every 6 weeks. He is a beautiful big boy, he reminds me of the Lone Ranger or Zorro with his mask!

We can’t re-home him as he will only let me touch him! plus he’s happy where he is.” 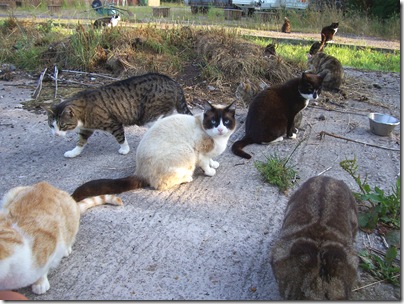 The pictures immediately below are of some more of the cats cared for by Mid Cheshire Animal Welfare: 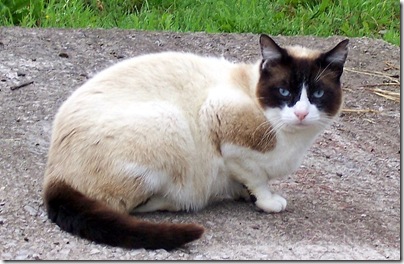 Lord Muck – he seems to have a purebred parentage. He looks very special with a beautiful facial pattern and colouring. He looks like a Snowshoe cat. Jo thinks that he may have been kept by a gypsy family until they left and left him behind.

Here is a photo by Helmi Flick of a Snowshoe show cat for comparison: 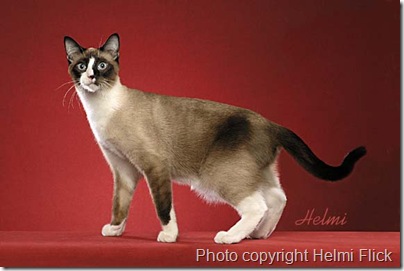