Prophylaxis: treatment given or action taken to prevent disease – in this case a course of rabies jabs after exposure to the disease.

You can treat a bite from a rabid animal with a course of vaccinations. In the USA, the cost of a course of rabies immune globulin and four doses of vaccine over a 2 week period will normally cost more than $3,000 (cdc.gov). In the UK it will be free at the point of delivery.

You would not expect tourists to Morocco to be vaccinated against rabies so if you are bitten by a rabid cat you have to take prompt action and receive a post exposure course of vaccinations. People potentially exposed to rabies should be vaccinated against the disease before exposure (e.g. vet techs and veterinarians). 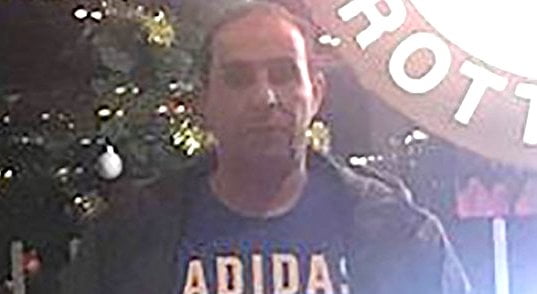 Omar Zouhri, 58, was bitten by a cat while visiting family in Mehdya, Morocco, believed to be about two weeks ago.

In this instance, the man concerned was a father of two: Omar Zouhri aged 58. He had joint UK and Morocco citizenship. He was visiting family in Mehdya. The same cat bit a young girl but she sought and received full and prompt local treatment, I understand, and survived.

Update one day later: Two children were bitten at the same time and both died we are told. Omar was bitten on Aug 30th and he died in a British hospital on Nov 4th. He was sedated and could not breath. After the bite he was given a tetanus injection but did not receive PEP until it was too late in England. He fought to the end but rabies is invariably fatal.

Omar was treated in Morocco but did not receive anti-viral drugs (PEP). Prompt care includes cleaning the wound and PEP is required to avoid being fatally infected.

“…you must wash the wound or site of exposure with plenty of soap and water and seek medical advice without delay”.

It is believed that Omar did not receive PEP until too late.

“Rabies….vaccination after infection can be effective…It depends how soon it is done and also where the patient is bitten.”

There is more time to vaccinate post exposure if the bite is on the foot compared to the neck.

It takes three weeks to three months for the symptoms to appear. During this time the vaccinations can prevent illness.

In the UK nowadays all people infected with rabies have contracted the disease abroad. The last person to be infected inside the UK was in 1902.