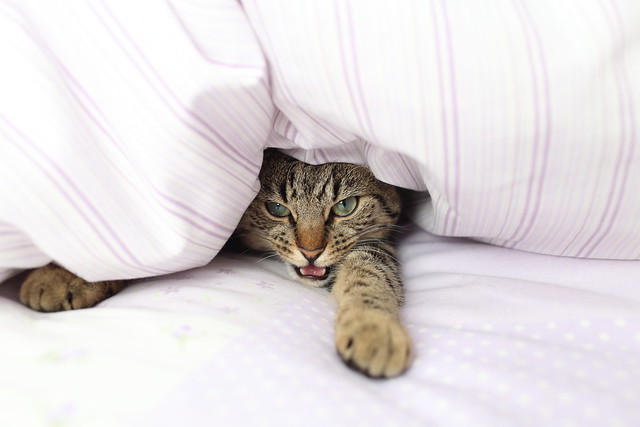 You could hardly have two disparate types of food. If you can call a fly food. What makes this more confusing is that I have bought my cat high grade raw food which is frozen and which is thawed out before use. I carefully sourced this cat food as a product which should automatically be more healthy for him. But he won’t eat it. I guess it doesn’t smell or taste interesting enough because it doesn’t contain the usual additives which cats find so attractive. Even when I mix it with other foods he refuses to be interested.

Also my cat has gone off one of his favourites, a high quality wet food. He prefers dry cat food if there is a choice. I find this disturbing but not surprising because the manufacturers of dry cat food make it almost addictive.

A cat likes a certain food not because he knows it is better for him but because it smells and tastes nicer.

This is a reasonable supposition. The domestic cat is evolving. For example, the cat learns from us. They have learned how to communicate with us. They have become quite sociable when once they were solitary creatures.

My cat caught a bird. His first prey. He didn’t eat it, though. He just wanted to catch it and play with it.

Most domestic cats prefer human treats to regular cat food. We can’t give them it regularly because it would be an unbalanced, unhealthy diet for a cat. So why don’t we add a supplement to cooked chicken which makes it a balanced cat diet and call that cat food?

The photo is of Gabriel by me. He likes to go under things for a while.