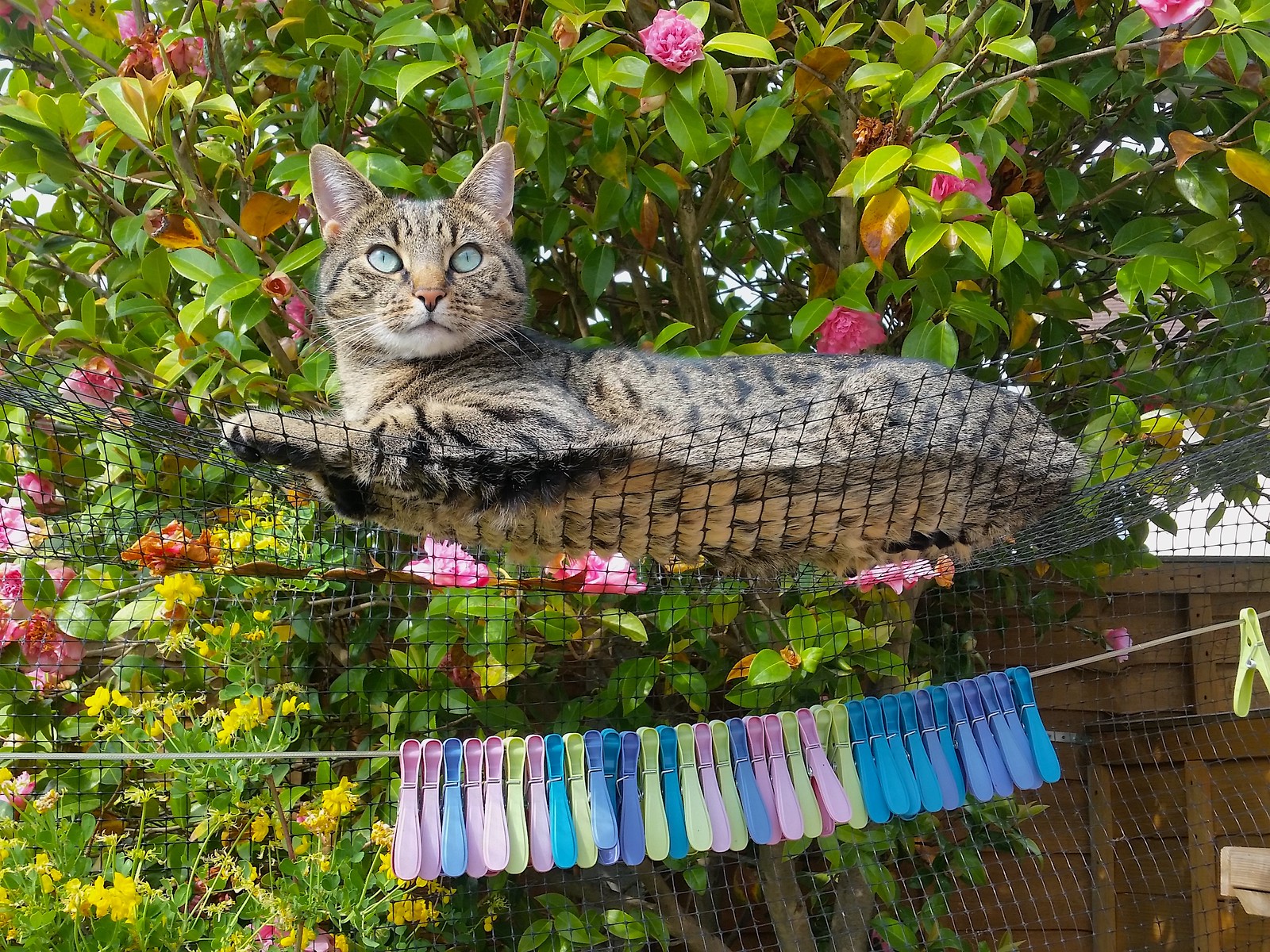 Handsome, mischievous boy, isn’t he? My cat is sitting on top of the overhang part of a cat confinement fence that encircles my garden. He accepted the fence and being confined for 18 months and then escaped by chewing through the plastic netting. Here he is chilling out on top of the fence. This is not what the manufacturers of the fence want to see. A tiny percentage of cats manage to escape from being confined by this fence. C’est la vie.

I took the picture today with a Samsung S5 smartphone as that was the only camera to hand. I think it worked out quite well. It was all over in about 60 seconds as he hates to be photographed. One last thing, he escaped by climbing up the fence to about seven feet and he then chewed through the plastic netting. He crawled through the small hole he made onto the top of a wooden fence. It was a very athletic manoeuvre because it would have taken him a long time to chew through the fence so he must have held himself vertically on the fence for a long time.