Don’t worry this turns out to be another happy ending cat rescue thanks to great work by such nice people. But initially I have to say that this is another sad case of cat neglect.

It is not only about neglect in caring for a cat but also in creating a cat that looks like he is meant to be a flat-faced Persian but the breeder has created a sort of ugly cat-dog judging by the photo of him after treatment and TLC (last photo on this page). 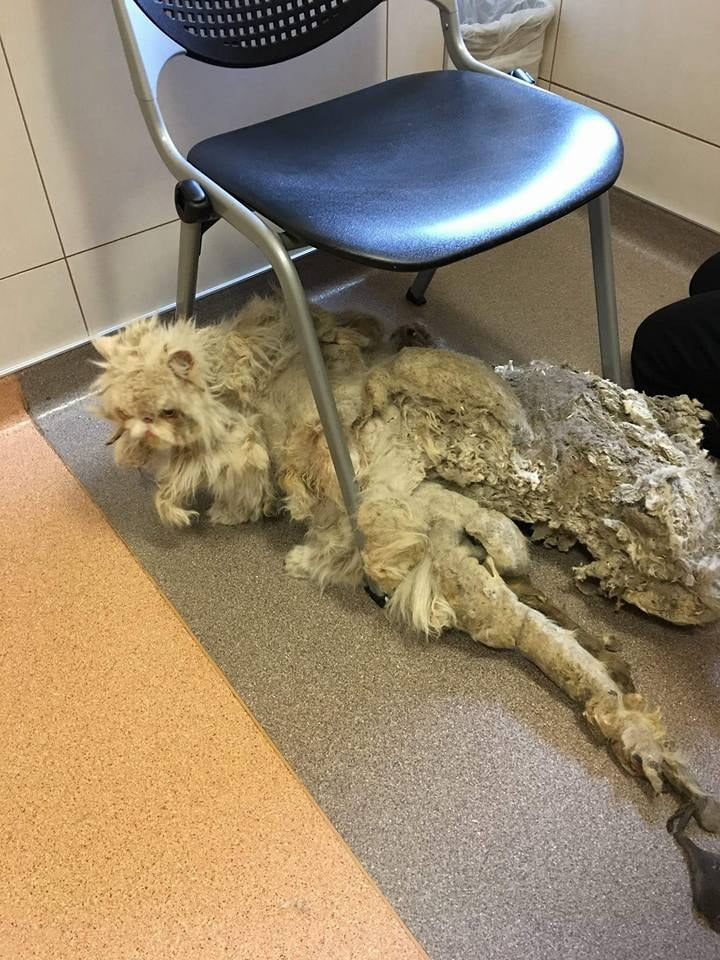 His name is Sinbad. I love him, don’t get me wrong. Personally I am not concerned about attractive appearances. But people are and the person who bred this cat (and he surely was bred) did an awful job; such an extreme and wonky face. The eyes and nose and everything are all wrong.

Putting that aside the breeding for one minute, Sinbad is nine years old and was rescued from the basement of a home in Illinois, USA. His owner is elderly and appears to have abandoned him in the basement. I sympathise with the elderly. I am quite elderly myself. However, I would have thought the gentleman could have arranged for Sinbad to be rehomed months if not years ago rather than in effect abusing his cat in this way. 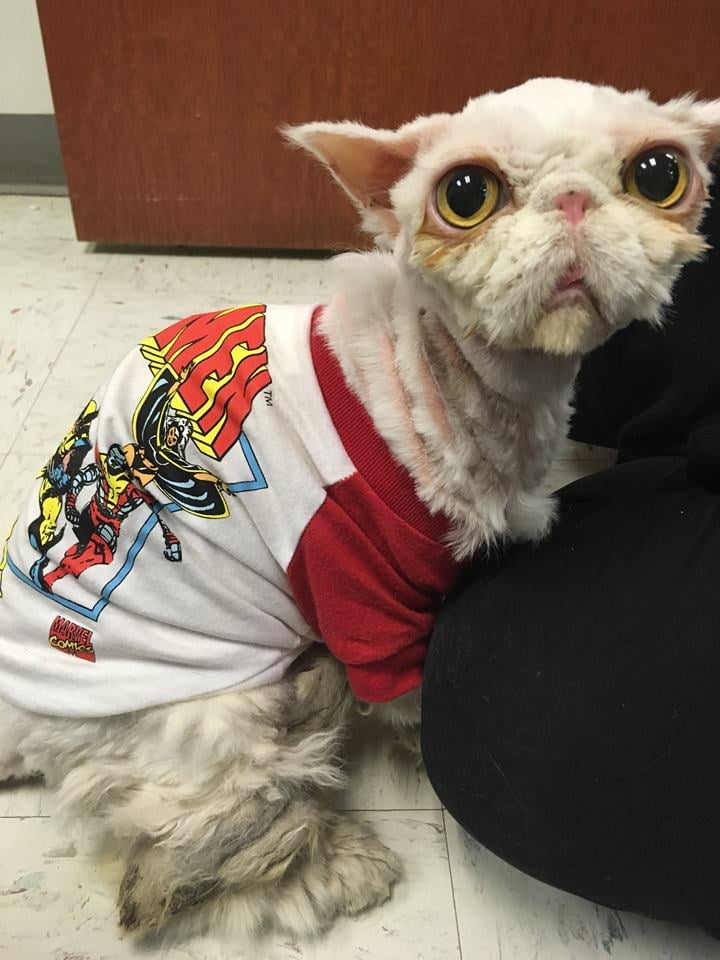 Much better. And loved. Photo by Josie Niebling

Sinbad was surrendered to the Anti-Cruelty Society, Chicago. It took the groomers or vets two sessions to remove the huge carpet of filthy, matted fur. The second session took 2 hours.

As Sinbad was barely able to walk with his matted fur it took him a while to find his feet again once it was removed. He had to relearn how to use his hind legs. 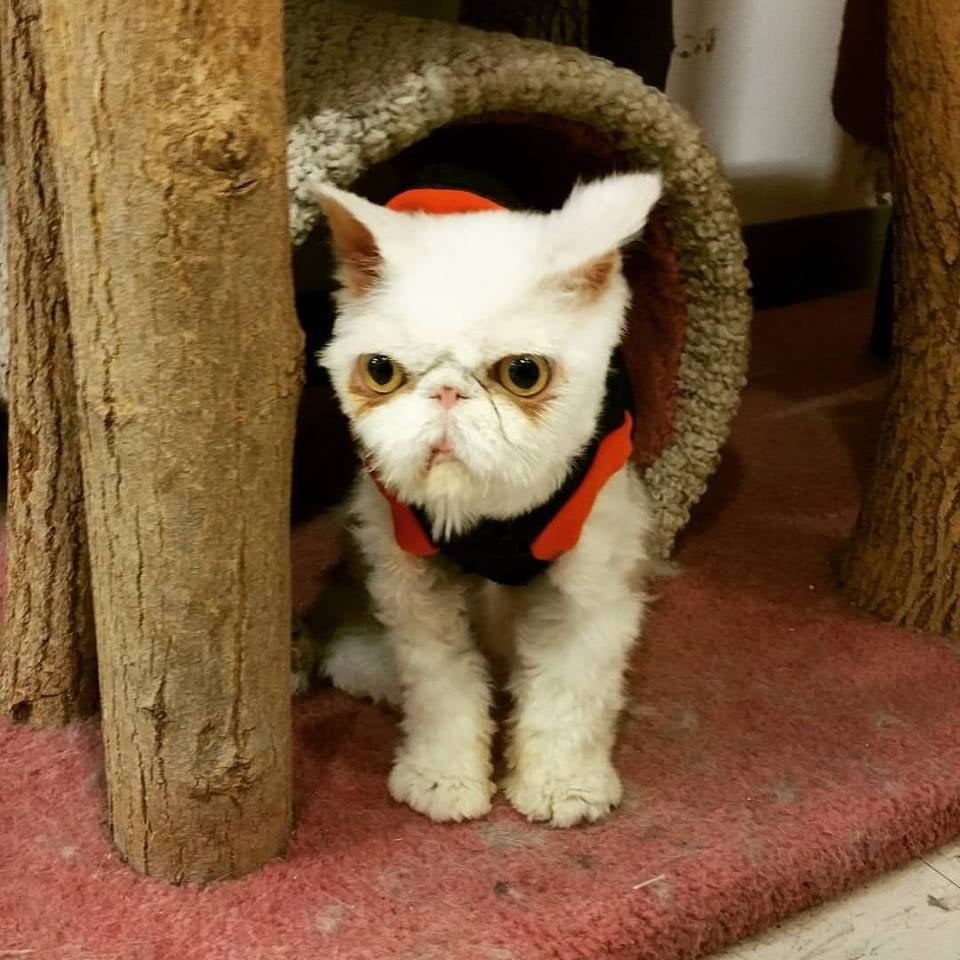 That’s better. Still be has a dog-like appearance thanks to poor breeding. Photo by Elliott Serrano

A guy named Elliot Serrano fostered Sinbad and then fell in love with him and then adopted him – stupendous. Great ending. Well done Elliot.

He looks a lot better of course with his normal well grooming coat except for his face. I know he is cute but I wish breeders would not do this. In the last photo he almost looks like a little dog.

Story’s source: Guess? It has to be The Dodo. 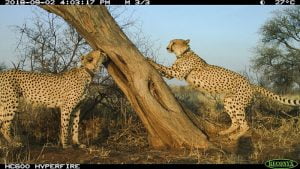 Cheetah lived in America 2.6 million to 12,000 years ago in Wyoming, Texas and Nevada

It may surprise many Americans to realise that the cheetah lived in Wyoming, Texas and Nevada between 12,000-2 million years ...
Read More 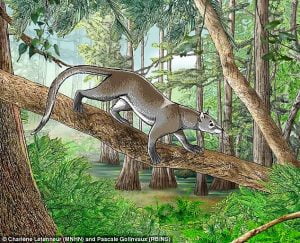 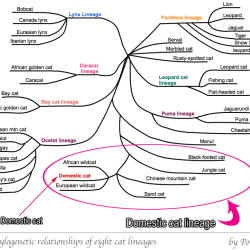 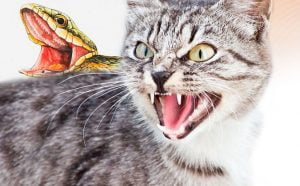 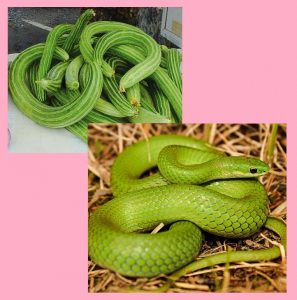 Why are domestic cats scared of cucumbers?

Although this precise question has been asked and answered many times, I will throw my hat into the ring, briefly ...
Read More 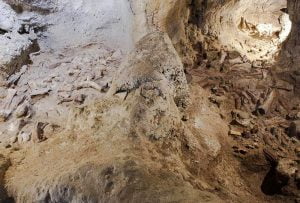 Neanderthals were attacked by big cats and hyenas and eaten

Italian archaeologists have unearthed the bones of nine Neanderthals from a hyena den about 100 km south-east of Rome. They ...
Read More 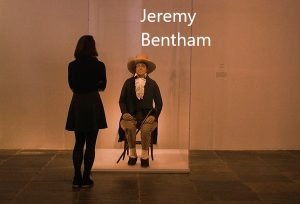