'Nobody's cat' at a no kill shelter as the photographer, Shamey Jo, wisely said.

I am a great admirer of animal shelters but I am confused about no kill animal shelters. I am referring to the ones in the United States but I would be surprised if it is much different elsewhere. The phrase, 'no kill', is far too black and white. Shelter animals are killed...no actually the word used is 'euthanised'. The trouble is that even the word, 'euthanise' is misused as it means that only sick animals should be humanely killed. This is not the case (see Feral and Stray Cats are Killed not Euthanised). Accordingly, we have two central, descriptive words that are misleading and which mispresent the true situation. It is misrepresentation built upon misrepresentation if we are honest. It goes further than that as not all animals are killed in the most humane way either. It is little wonder that some of us are confused.

A no-kill shelter is an animal shelter where animals are only euthanized if they are too sick to be treated or too aggressive to be suitable for adoption.

That immediately means that nearly all true feral cats in shelters are killed as they are too aggressive because they are not socialised, doesn't it? Stray cats are killed not euthanised. 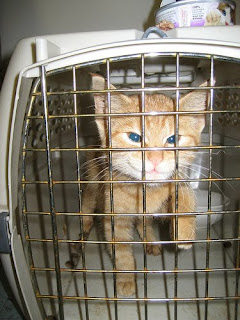 One immediate problem is that the definitions are wide open to interpretation. This may suit individual shelters in terms of find raising. The better the no kill rate the more funding, so why not massage the figures?

I am not sure if anyone really knows what 'non-rehabilitatable' means (second definition above). There are an endless series of interpretations resulting in more confusion.

It seems that an attempt at clarity has been made with California Law, SB 1785 Statutes of 1998, also known as "The Hayden Law". But what about the other states of America? I think a disjointed approach by variation in state laws serves to increase confusion. And do all no kill animal shelters comply with the law? If they lack transparency, which seems to be the case, how do we know? I am referring to the lack of willingness of the cat rescue centers to cooperate in a declaw survey. I am told that they would not cooperate (see: Need for a definitive report on declawed cat abandonment)

It would also seem that a true no kill animal shelter will soon run out of space and have to close its doors if the supply from irresponsible ownership was not tackled at the same time. These shelters would then be, 'animal boarding houses' more than shelters. However that seems to not be the case all the time. At least in some jurisdictions. For instance, San Francisco is said to be a no kill city with a live release rate for dogs and cats of 82%2. I presume that that means that 18% are killed because they are unadoptable.

Another success story is Tompkins County, New York, which kills just 6% of dogs and cats where genuinely euthanised meaning because they were untreatable. This seems to be a genuine no kill animal shelter situation. How do they do it? Why can't it be done elsewhere? This is a fantastic statistic because I read that the kill rate was 73% across all pounds and shelters1. A more recent figure for 2005 quotes a 56% kill rate2. Incidentally, I am a little surprised at how old data is. If the shelters kept up to date information couldn't this be collated on a yearly basis?

If some measure of overall control and achievement is to be attained rather than these admirable but localised successes there would seem to be a need for better data recording and collection. 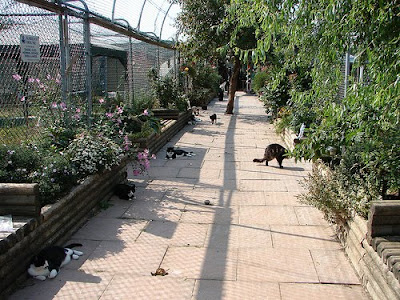 These are instant thoughts, open to criticism. I feel a duty to make suggestions as I have criticized.

Drop the phase, 'No Kill Animal Shelters', and call them, 'Shelters Saving Animals'. In the singular this might be, 'Save Animal Shelter' (SAS for short). This would allow for some practical leeway and be a positive description rather than a misrepresented negative and misleading description.

Only euthanise physically and mentally ill animals when it is humane to do so.

Redirect the bulk of resources to educating and regulating the public in respect of animal caretaking. This is proactive work. Killing cats and dogs is reactive work and can never resolve the matter. I am yet to see substantial work in this department.

Do sound unbiased research on the impact of feral cats and dogs on wildlife populations. I am yet to see a definitive report that concludes that cats damage bird populations but people consistently say they do (How feral cats affect wildlife). This research affects how we perceive feral cats and therefore how we deal with them. This will establish, I predict, that feral cats do not decimate bird life, whereupon....

....Extend trap, neuter and release to a far more all inclusive scale to stop migration of feral cats from one zone to another. This technique is being used it seems in Scotland to protect the Scottish Wildcat.

All animal shelters should keep accurate records on all pertinent matters that affect the public. These records should be transparent and should include data on declawed cats.

All shelters should declare their affiliations with veterinarians and other organizations together with the nature of their relationship. This is to avoid unwarranted pressure being applied on shelters to serve veterinarian interests.

1. National Council on Pet Population Study and Policy Shelter Statistics Survey - this may be out of date at 2010.

Top photo: cat going to a no kill animal shelter. He or she is young and looks healthy so was probably OK. Photo by Chris & Jen Parr

No kill shelter: Photo by Tjflex2. This is on of two run by the Richmond Animal Protection Society.

From No Kill Animal Shelters to Home Page