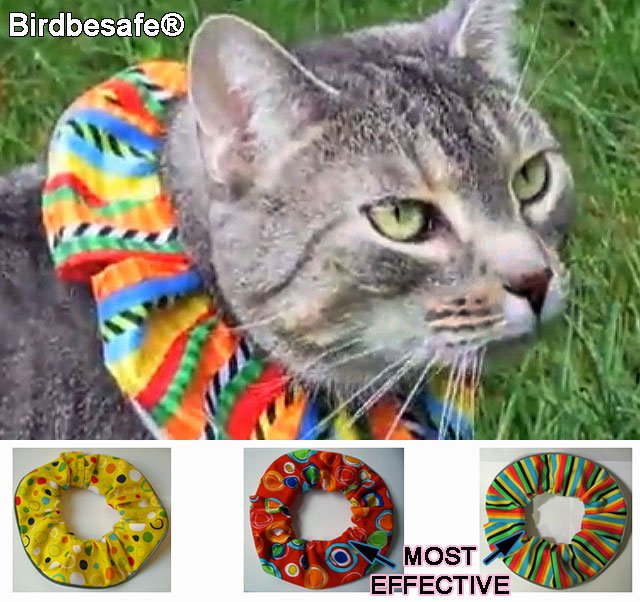 There is a product on the market called Birdsbesafe®. They are fluffy cat collars in very bright colours. They are deliberately bright because songbirds see bright colours especially well. You can immediately understand the idea. The cat stalks a bird. The movement of his collar is picked up by the bird. The bird flies away. It is effective but not effective on animals who do not have the sort of eyesight that picks up bright colours, which includes mice and rats. Please tell me in a comment if you purchased this product and if not why not? 😎

This audio file from goodnewsnetwork.org describes the invention of this product:

A scientific study was carried out on this product. Captures of prey with good color vision by cats wearing a collar were reduced by 54%. This is an overall figure. The rainbow and red collars were more effective than the yellow when the prey was birds. We can presume therefore the birds see these sort of colours better than the other colours used in this product.

Bird be safe in action

There was no significant reduction in the capture of mammals by cats who wore the collar.

Other animals with good color vision are reptiles and amphibians so again the collar proved partially successful in protecting these prey items.

14% of cat owners said that their cat spent more time at home and ate more when they were wearing the collar. I presume this is because they decided it was a waste of time preying on animals.

64% of the cat owners who used the red collar said it worked. As to the rainbow and yellow collar the figures are 48% and 46% respectively.

77% of owners wish to continue using the multicoloured collars. If you’re the sort of cat owner who worries about what your cat is preying on or if you are a bird lover then this product may be the thing you’re looking for.

The Birdsbesafe® collar is the only current product on the market which protects reptiles and amphibians from cat predation.

Because the colours are rather peculiar, being very obvious and somewhat like an Elizabethan collar but not of the medical kind, some observers may raise some questions about what is going on because it does look rather odd, it has to be said.

There is then the counterargument that some people will put forward which is that it is unfair to interfere with a cat’s natural behaviour in this way making it far more difficult to express natural desires to hunt and achieve success when doing so. Will a cat become frustrated and stressed? We don’t have feedback on that.

The study took place in Australia over a period of 2 years. It was conducted by the School of Veterinary and Life Sciences, Murdoch University, Murdoch, Western Australia 6150, Australia. It was accepted for publication on January 19, 2015 and published on January 25.

I presume the collars have a safety clasp or have been tested to be safe. Cat collars can kill cats as they can get caught up on branches and other objects strangling the cat as he struggles. I believe it is a collar cover so the question should be whether the original collar is safe. 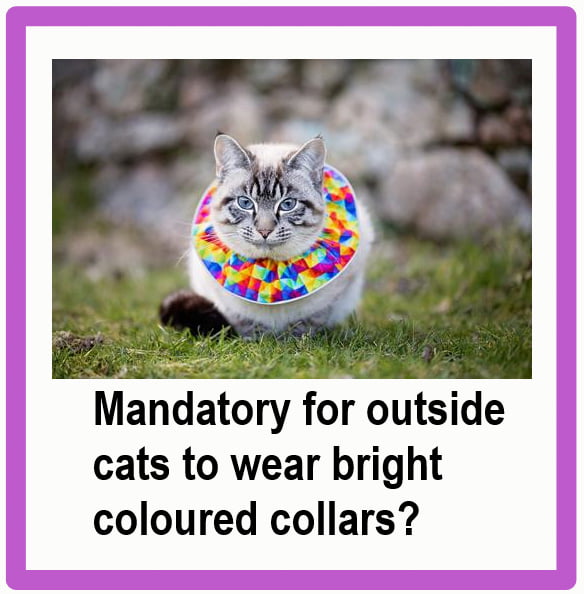 The photo is copyright Birdsbesafe. This product proved successful in helping to preventing cats preying on birds.

Does the collar demotivate a cats desire to roam?

It has been thought that wearing one of these brightly coloured collars that the cat would roam over a narrow area and thereby help to protect wildlife including birds. Previous research on this anti-predation device indicated that it might alter the roaming behaviour of some pet cats. However, a test on 30 cats found that neither the CatBib nor an alternative device, BBS, “significantly changed the roaming behaviour of pet cats”. This confirmed what the manufacturers had stated namely that it reduces hunting success of birds while not restricting other behaviours.

However, I have quite a strong gut feeling that the collar isn’t that popular with concerned cat owners. Perhaps there simply isn’t enough concern about cat predation whereas there is concern about cat safety when roaming outside freely.

Note: This article was first published on Feb 24th 2015. An audio file has been added and adverts have been added too.

Below are some more articles on predation on birds by cats. 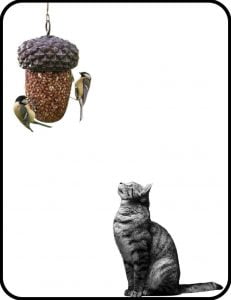 Here are 8 suggestions on how to be the caregiver of an indoor/outdoor and feed wild birds while minimising the ...
Read More 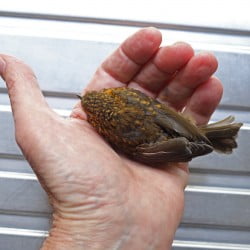 My cat caught a bird, and it is still alive. What to do?

My cat caught a bird, and it is still alive. This is the kind of statement that people make on ...
Read More 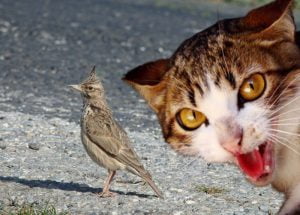 A German town, Walldorf, ordered residents to lock their cats indoors over the summer for the next three years or ...
Read More 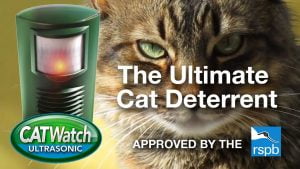 The RSPB say that domestic cats do not cause bird populations to decline. A bold statement that requires serious consideration ...
Read More 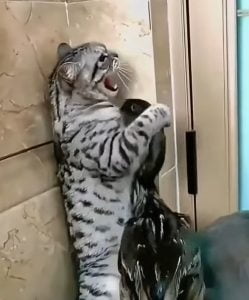 This is a real bust-up between a domestic cat and a domesticated duck living the same home. It's one of ...
Read More