Both the RSPCA and now Cats Protection have strongly denounced claw caps. I read today, in a local online newspaper (getsurrey.co.uk), that Cats Protection have even suggested that a cat owner using claw caps may expose themselves to a criminal prosecution under the Animal Welfare Act 2006 by committing the offence of causing unnecessary suffering. 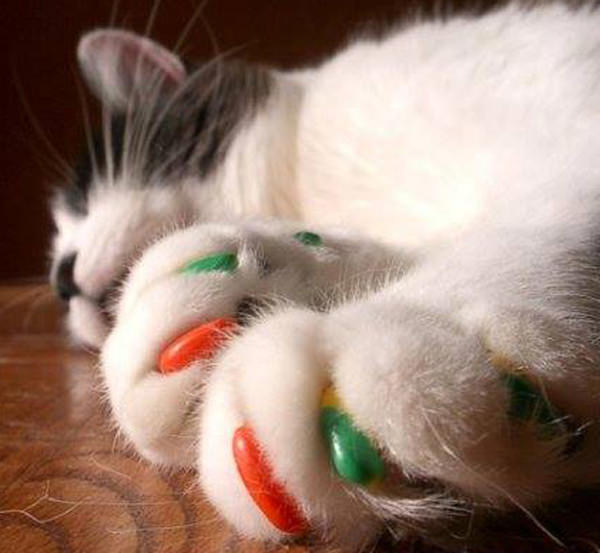 These could almost be criminalised in the UK

This is quite a strong statement. I would suggest that it would be highly unlikely for a criminal prosecution to be commenced against a cat owner using claw caps, but just to make that point, to discuss that possibility, is an indication of how different the attitudes are in America and the UK with respect to a cat’s claws and the ‘damage’ that they cause.

This is clear because in America a significant percentage of cats are declawed. We are talking about millions of cats. It is a mainstream surgical operation at veterinary clinics. It is obviously far more extreme than placing claw caps on a cat. It is 10 amputations of the last digit of each toe (forelegs). And it is unnecessary. It is a clear-cut case of causing unnecessary suffering under the UK’s Animal Welfare Act 2006. If anybody did that in the UK they’d end up in jail.

The acceptance of declawing in the USA and the rejection of claw caps by both Cats Protection in the RSPCA (very well-known and influencial organisations in UK cat rescue) indicates the massive divide in attitude between cat owners and organisations in the UK and the USA on this topic.

Pawtector UK, a distributor of the product in the UK, said:

“..Soft claws were originally developed by a vet and designed to stop destructive scratching without harming your cat. The vinyl nail caps are designed to not interfere with the normal extension and retraction of the cat’s claws, so does not impact the cat’s natural behaviour.”

They also say that the glue used is non-toxic and that claw caps should only be used on indoor cats. The idea that they can cause suffering is because they prevent natural behaviour which may impact on the cat psychologically. The truth is we don’t really know the impact of this product on domestic cats. And that unknown risk should not be taken if, in truth, claw caps are nearly always unnecessary. That is the counter argument. Why are two countries with similar values poles apart on how to deal with cats’ claws?