Mr Watson’s cat Frodo loved to visit a nearby Tesco supermarket so much so that he more or less lived in the supermarket or its car park. He was sleeping in the car park. Frodo visited all the year round. He was well-known to Tesco regulars and they fed him against Watson’s wishes. Although he does not look obese. They called him “Tesco Cat”.

Mr Watson had raised Frodo from 8-weeks-of-age. He says he is very connected to Frodo and is distressed about his departure because he decided to give him up to a new owner through the RSCPA rather than find another solution. 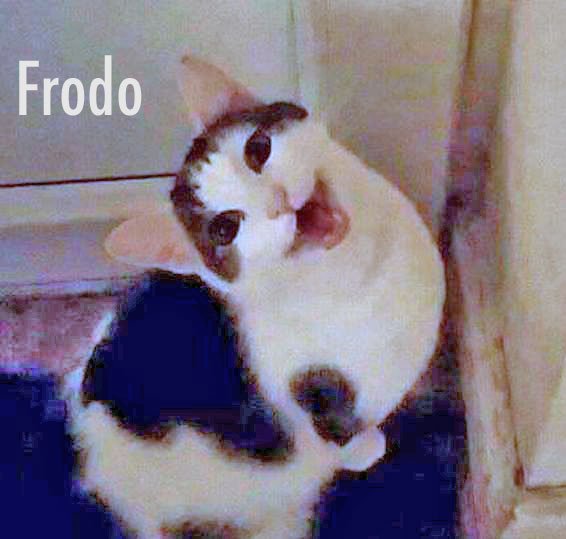 It appears that it never crossed his mind to confine his cat. He has five other cats. Perhaps that’s why he is prepared to let Frodo go. But if Watson lives in a house with a garden he could have constructed a garden enclosure and kept Frodo inside.

“It is really upsetting to lose him. I’ve had Frodo since he was eight weeks old so it’s a long time. We have five other cats but he was always my personal favourite – the one I really consider to be mine.

“He’s been visiting Tesco [in Southgate] for about a year. He is a lovely cat with a fantastic, friendly personality and it has been nice seeing him being loved by many others.

“The downside to this fame was that he rarely came home and even when he did, he only stayed to eat.” 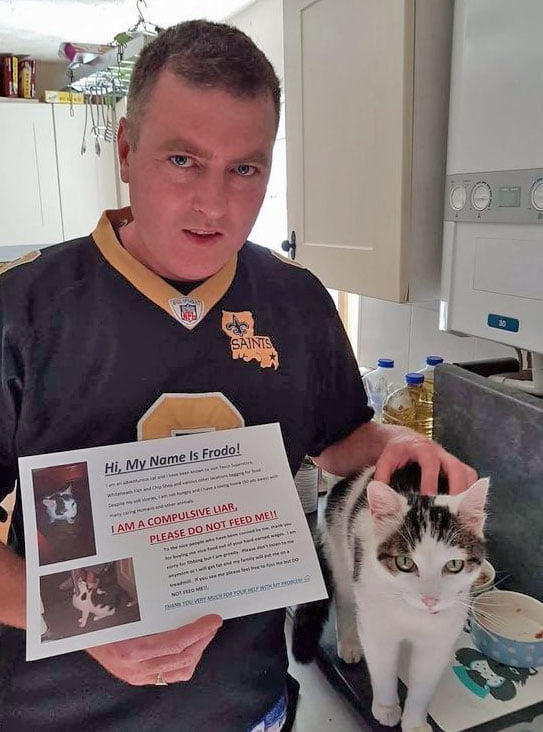 What can I say? Perhaps I am being harsh but if there had been a genuinely close connection between owner and cat he would not have asked the RSPCA to rehome him. He’d have found a solution and kept him and the solution is to keep him confined. Confinement can work if done properly to a good standard and if the owner takes time to make sure the cat’s life is full in a reasonably stimulating environment.

In the meantime Neil Watson says that he is heartbroken. There is another issue. Why was he roaming so widely and preferring the supermarket? It looks like he was seeking interaction with people, activity etc..This may be Frodo’s personality. Some cats are less domesticated and want to wander widely and sometimes end up becoming feral.