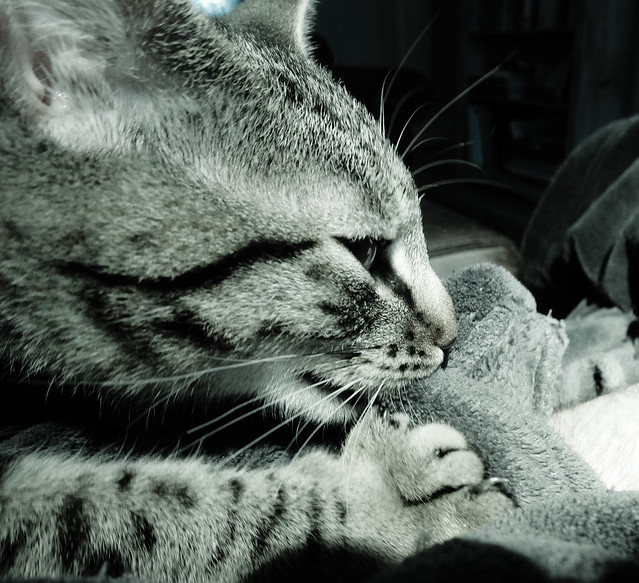 It was World Spay Day on the 23rd of this month: an opportune moment to discuss this topic. This is partly a critique of the Catster.com article by Jane Kelley. She implies that there are myths about early cat spaying and neutering that need to be put to bed. The operations are perfectly okay when carried out on young kittens.

Thought: is it fair to say that vets are keen to spay and neuter early because they want to combat cat overpopulation. Is this is the reason it has nothing to do with the best time to operate from a health stand point.

One myth Jane quotes is that early spaying and neutering makes your cat fat. The ‘making your cat fat’ problem applies to any age when a cat is neutered/spayed. The argument is that it is not the neutering that makes your cat fat but overfeeding and a lack of exercise. That is only partly true in my opinion. It does not explain the whole story.

The lack of testosterone after the operation reduces the energy levels of a male cat. For the female, her procreation activities are curtailed. She settles down. I presume it is this which results in her being less active.

Neutering male cats calms them down. They become more sedentary as a result. Technically, this is an unnatural state of calmness and inactivity. If a cat eats the same amount that he ate before neutering he is destined to put on some weight unless the caretaker steps in and feeds less and plays with him more. My interpretation is that neutering does therefore cause a male cat to put on weight unless the guardian intervenes to manage food portions. Or at least that point can be argued. There is more…

As for ‘facts’ on this subject, research is not clear about a cat’s energy needs after surgery. However, it appears that, in practice, vets agree that spayed and neutered cats need less calories afterward: 261 kcal/day compared to 305 kcal.

Also a study indicated that cats post-operation ate more food rather than less, particularly for male cats. This compounded the problem. The reason for this is unknown but it could be due to hormonal changes. If this is true and consistent across a significant percentage of cats then it has to be argued that the spay and neuter operations do result in the cat putting on weight. 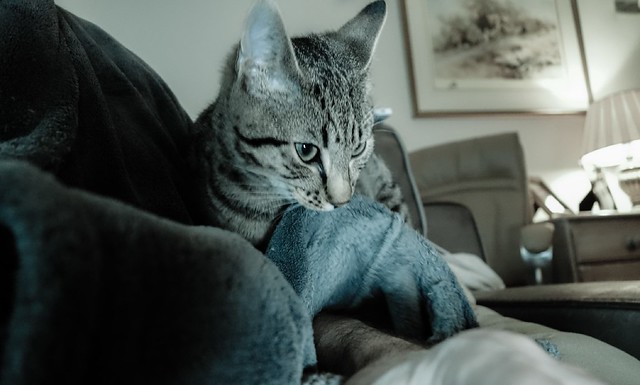 Jane Kelley says that if you believe this you failed your basic anatomy exams at school. She says that early spay/neutering results in cats tending to be taller and longer. This is because the operation results in later fusion of the growth plates.

Initially there were concerns by vets that early-age spaying and neutering might stunt normal growth patterns. Today, there is little data to support this concern: “although it is conceivable that long-term follow-up studies, if undertaken, may yet reveal unknown health effects.” (Olsen et al. 2001). This indicates a less than black and white situation.

Neutering male cats early (as young as 7-weeks-of-age) results in a taller cat and therefore I presume more slender. Perhaps, playing devil’s advocate, a cat owner does not desire their male cat to be taller and more slender but the opposite; a more masculine appearance. This is a point not made in the Catster.com article.

I agreed that there are no urethral diameter problems. It is myth that the urethra is constricted but there are alterations in that general area.

If a male cat is castrated (neutered) before 6 months of age or before the development of secondary sexual characteristics, his penis may remain small. Does that bother anyone? It bothers me a bit and it will probably bother other cat owners.

Also it appears that some early-neutered male cats have the “inability to extrude the penis”. Isn’t that important or do we ignore it?

Females Need to have a Litter Before being Spayed

This myth results in many unwanted kittens. Quite a few people believe it. It is untrue. Spaying the female reduces the risk of breast cancer and there is no risk, of course, of developing ovarian and uterine cancer.

Surgery on a Kitten is Risky

As far as I can tell this is a myth. The only barrier is emotional: putting a very young kitten through a major operation seems unfair but their recovery is better.

The conclusion that I have is that there are some effects of paediatric spaying and neutering particularly with respect to the male cat and the cat’s guardian should have the choice to delay the operation until after six months-of-age provided he/she is responsible enough to ensure that their cat has no opportunity to procreate.

Pictures on this page: Gabriel having sex with my left arm. He is not yet neutered. He is 5 months and 1 week old. He won’t have the chance to procreate.