‘It’s mostly the uneducated that praise me but all the educated people hate me.’ – says Karachi’s cat woman who has been feeding homeless, hungry kittens and cats, daily, for 17 years. 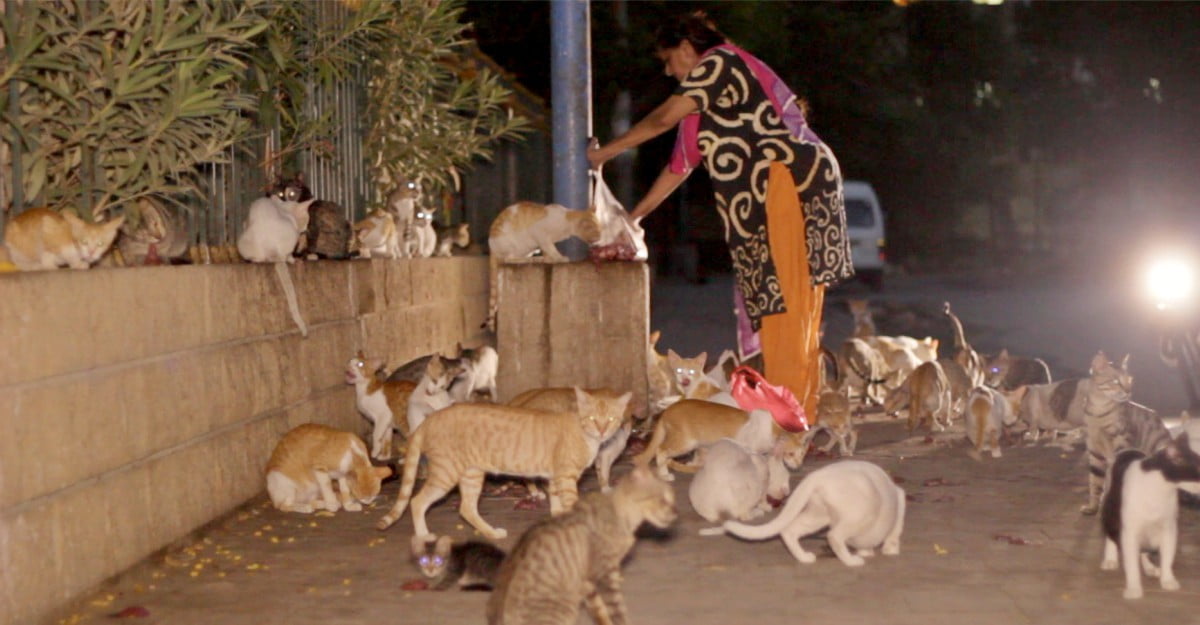 On the one occasion she was too ill to feed them she made arrangements for someone else to do it. She says that if she does not feed them every day they go hungry. She obviously can’t stand the thought of it. 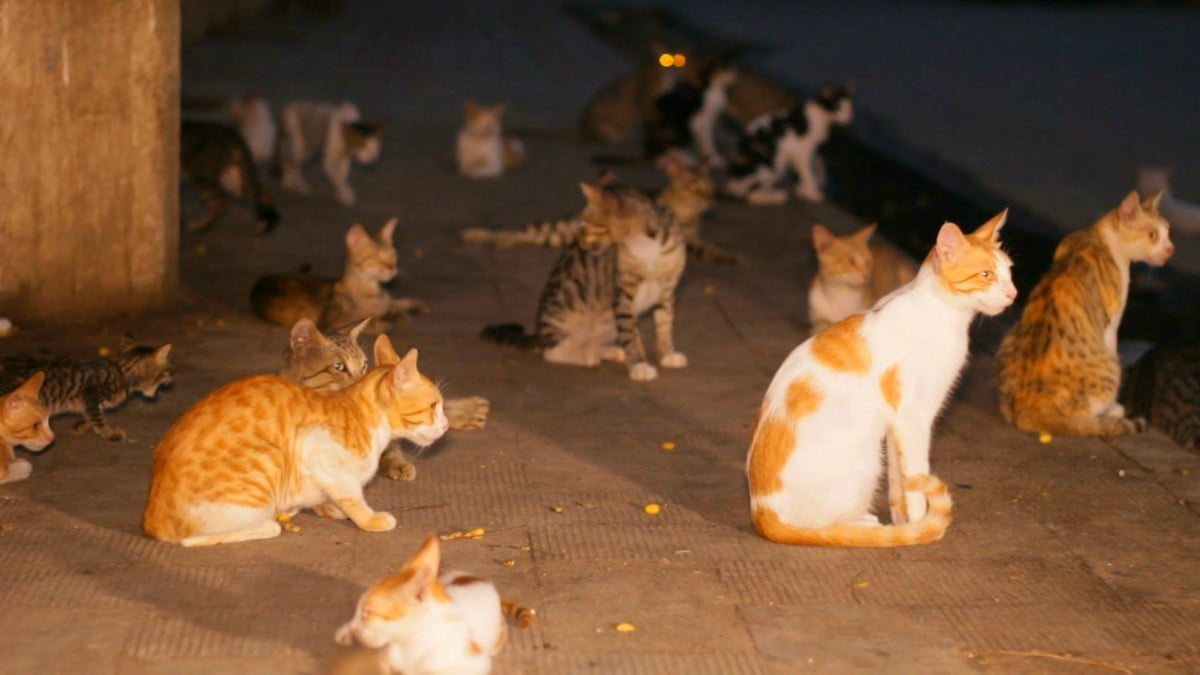 The cats wait patiently for the evening meal.

Karachi’s cat lady lives in Gulshan. She feeds the cats right after prayers which take place just after sunset (maghrib). She feeds them with raw meat. She carries five bags of raw meat from her house. And across the street the colony of cats gather, waiting patiently to be fed. It is interesting that they all eat raw meat. I’d say that, on balance, this a good diet. 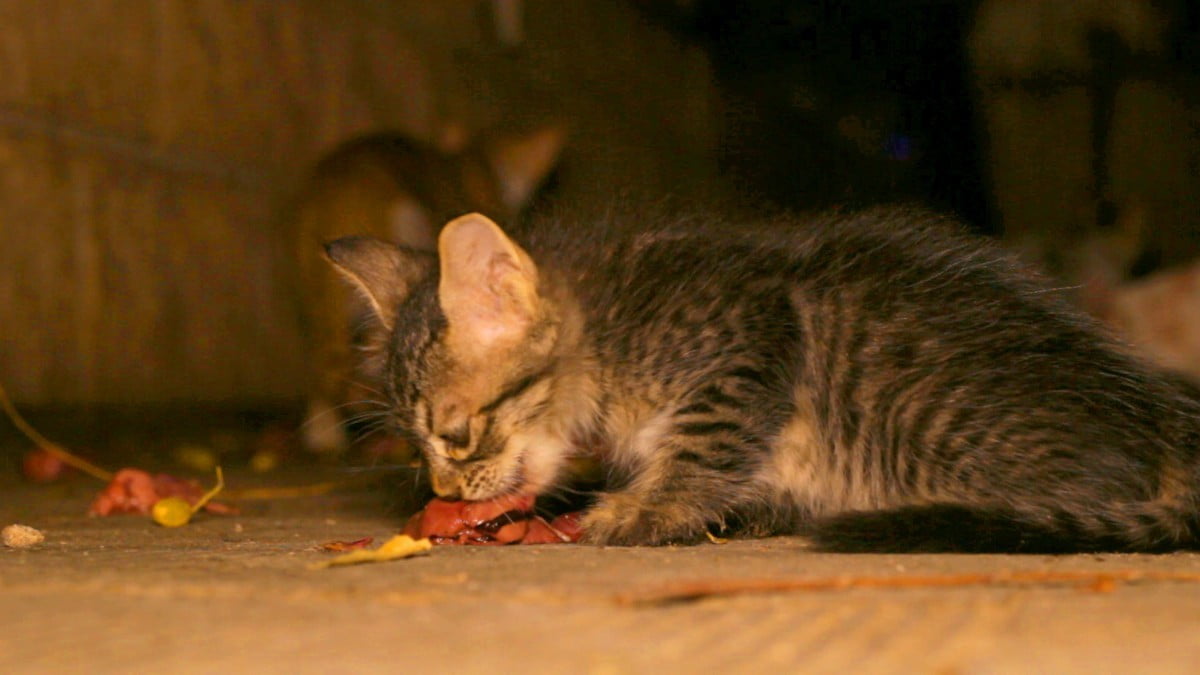 I don’t know her name. It is said she prefers cats to children. She won’t be the first person to feel like that. She started feeding one cat under a tree near to where she lives and quite naturally it quickly grew from that innocent start.

She’s is an old lady and tired. She wants someone to take over. She can’t allow herself to stop if there is no one to take her place.

For me an interesting aspect of her voluntary work is the reaction of those who know of her and which I have referred to in the opening lines of this post. 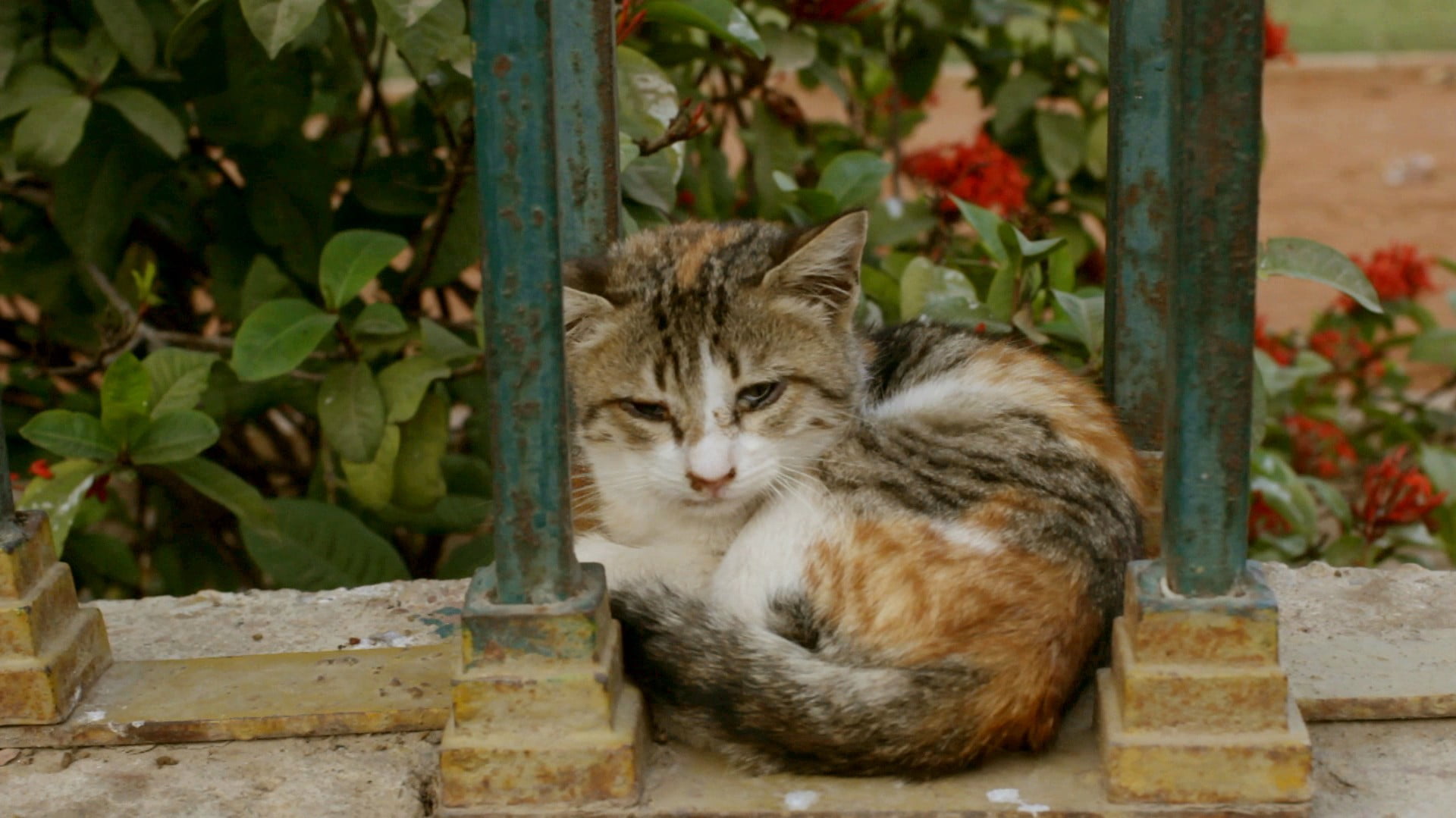 Sweet kitten who looks a little unwell to me.

The educated and better off don’t want her around. They probably think of feral cats as spreading disease and spoiling the amenity of the neighbourhood. They lack empathy for the cats’ plight and think the lady’s work encourages their presence.

The uneducated, she says, often praise her. They too have felt the difficulties in what I would judge to be a hard life and therefore can empathise with the cats. They understand her desire to help.

The uneducated are the more humane. They are the more educated perhaps in terms of emotional development. The more wealthy inhabitants probably have limited aspirations: make money and keep the poor down and out of sight. 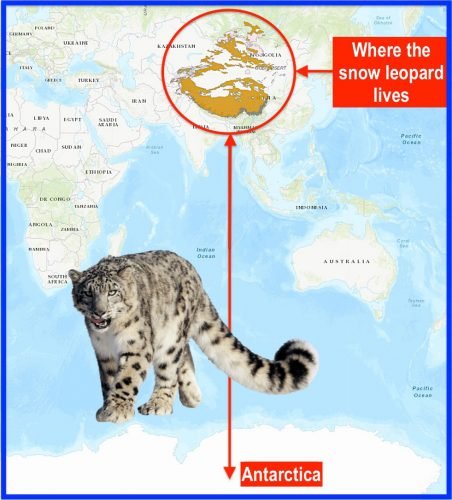