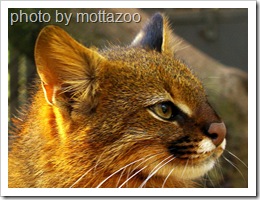 Taxonomy is about the classification of species and there seems to be uncertainty in this area with respect to this cat. The Sunquists (albeit in 2002) classify the cat as being in the genus Oncifelis, while the Red List of Threatened Species™ (Red List) place this cat in the genus Leopardus (based on later work by Johnson and colleagues in 2006). They say that further work is required, however.

The Sunquists, in fact, say that research being carried out at the time they wrote Wild Cats Of The World, their superb book, indicated that this wild cat was incorrectly placed in the the genus Oncifelis and should be placed in its own genus, Lynchailurus. Further work has been carried out since then.

Wikipedia list three separate species of cat that have been merged on this page as the pampas cat. I think the Wikipedia authors are not following the majority view. The have also classified the these three species using a different name – confusing.

The full taxonomy before the level of genus is:


Putting aside the scientific stuff, its common name locally is “gato pajero” (grass cat). The word “pajero” means grass to the local people (Sunquists). However, “pajero” in Chile means a lazy person and it has a more rude meaning too! In Spain it also has a rude meaning. However, before I digress too much, in a Spanish dictionary it means, “the person who carries straw.” This is close to pampas like grass and we can see the connection. 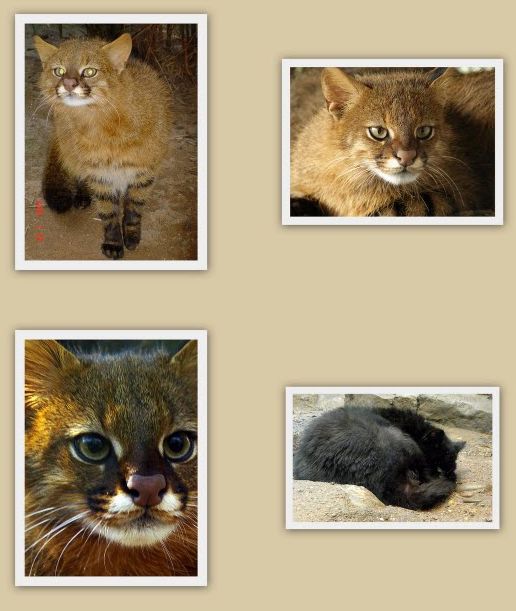 The range of the pampas cat is set out in the customised map below. This map is fed from a Google My Map prepared by me from the Red List map, which I believe is the most up to date. It is dated September 2009. The date is important as the distribution of all wildcats is constantly but gradually shifting, usually becoming smaller and more fragmented.

The map is designed to be refined by anyone. In short it is a public map and an open collaboration map. If you know something about the range of this cat that no one else knows and would like to share it (e.g. a recent sighting) please go to the original Google map and adjust it: Pampas Cat Range 2009 (new window).

If you are unfamiliar with Google My Maps please view the video above.

Controlling the map below: it can be moved around in the window by holding down left click and moving the mouse. It can also be zoomed using the controls and switched to satellite view (shows the terrain).

The range covers these countries:

The pictures above say most of what we need to know. The pampas cat has long hair and looks larger than indicated by its 1.7 – 3.7 kg weight (3.7 lbs to 8 lbs). This is at the low end of the domestic cat weight range. Eight pounds is about the average for a domestic cat. See Largest Domestic Cat Breed and Wild Cat Species by Size.

This wildcat does not have the spectacular patterns of say the ocelot, margay or clouded leopard. The coat can vary from grey to light brown. There would also appear to be the odd black pampas cat too (melanistic cat – see photo above).

The markings are relatively indistinct except on the limbs (dark brown banding) and there is that familiar white spectacles appearance (white around the eyes). However in some areas the pattern has a strong contrast. The differences give the impression that these are different species of the same cat. They may well be, it seems.

This is a versatile and adaptable cat living in a wide range of habitats which include, of course the pampas (open grassland) of Argentina and Uruguay. Other habitats include: 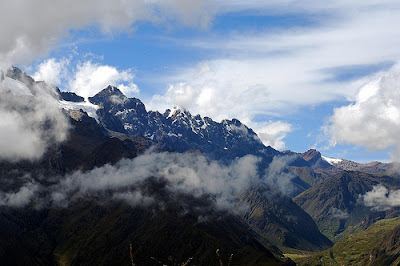 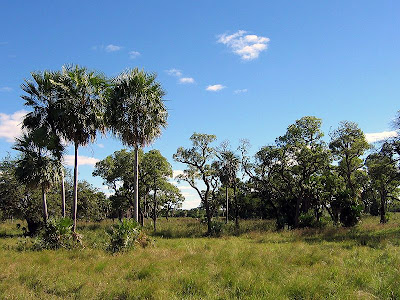 This wild cat’s flexibility in choice of habitat automatically extends to prey and it is a “generalist” when it comes to diet which includes: 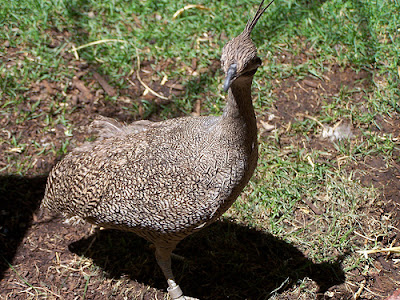 The forms of communication of the pampas are typical cat!  They include hisses, growls, meows, spits and the classic purr. See cat sounds.

As to reproduction and development:

The Red List people are the experts on the threats and conservation of the pampas cat. It is classified as Near Threatened (NR):

The stated reason for this classification is habit conversion causing population declines. In simpler language it is due to the most common threat to all wild cats: loss of habitat.

The Sunquists say (and as mentioned this relates to late 1990s up to publication of their book in 2002) that very little information was known about the status of the pampas cat in the wild and it was (still is?) poorly represented in captivity. Conclusion: little is known. Further research is urgently needed.

Hunting and trade in pelts has it seems almost been eliminated by legislation at the local and international levels. Hunting is banned in:

The threats can be summarized as follows:

Its coat is relatively plain making it less commercially viable. However, a large number of pelts were, at one stage, traded.

However, I am always skeptical about these sorts of figures. They came by the way from Wild Cats Of The World (Sunquists) a most reliable source.

The pampas cat occupies protected areas and is included in CITES Appendix II which means:

species that are not necessarily now threatened with extinction but that may become so unless trade is closely controlled.